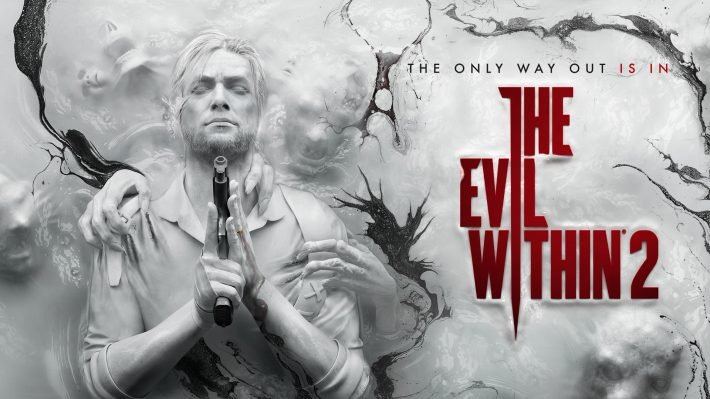 After his last trip into the gruesome world of Stem he thought he’d be done with all of this horror. His former colleague Kidman suddenly appears and offers the opportunity to the traumatized ex-cop to save his long lost dead daughter. The catch: She’s being used as control module for the new Stem-system which is super unstable and breaking down. Shortly thereafter Sebastian finds himself in the simulated city Union which is about to fall apart. Destroyed apartment blocks are floating in the sky. Despite the disturbing view Union seems more coherent than the fever dream of the first game.

There are still sudden changes of scenery but due to the fact the simulated city of Union is established as the main game world, you wouldn’t stumble through the game aimlessly. Also you won’t constantly ask yourself if this is real so there’s no real surprise. The lack of surprises is a recurring theme in the game’s story. Unfortunetly you encounter one cliché after another: the shady organisation which runs the Stem-system, Sebastian’s old-fashioned motivations and well-known zombie designs. Overall it’s a decent horror best-of with no surprises. The gameplay is more interesting though. The Evil Within 2 is using open world elements inspite of other games in the genre. Instead of a linear experience, players are presented a whole aray of areas which are not massive but can be explored a bit. There’s all sorts of upgrades, sidequests and other distractions to be found within them.

You can play with different ideas in Sebastian’s reworked and immensly expanded upgrade path. Tango Gameworks provides players with useful abilities for any kind of playstyle. In our run we focused on a stealthy approach with a touch of combat skills which made sense since we saved up the scarcely available ammunition to kill the ever ambushing enemies. Luckily you have there’s a way to craft ammo. You find components such as gunpowder and nails throughout the game world and craft objects in any kind of form. This enables you to focus on certain weapons which you can upgrade with weapon parts.

Visually The Evil Within 2 is especially appealing because of its lighting effects. ID Engine has its troubles with loading of textures and pop-ins but even when a large crowd of monsters covers the whole screen and a lot of effects are displayed the framerate is ever so smooth on our reviewed Xbox One version.

Speaking of the design of enemies for the final time, the superbly orchestrated boss fights leaven the monotony masterfully.

Gameplay video: Patrick plays the 1st hour into The Evil Within 2

The Evil Within 2 is at the end of the day a massive improvement compared to its prequel. The story doesn’t win us over with originality but the improved skill system, the unusual decision to design the game with an open world as well as the smooth and fun gameplay more than make up for that.