Gran Turismo is celebrating its 25th anniversary this year. Find out in our review if Gran Turismo 7 is as advertised the “Real Driving Simulator”.

Gran Turismo has been loved by fans of cars for many years, as it’s clear that the developers have a great passion for everything related to their world. In that sense, Gran Turismo 7 is no exception: Most of the time playing it feels as if you’re consulting a big encyclopedia of cars, as every vehicle included in the game has a big history and a story to tell, which is pretty apparent as you’ll also go on to complete the main missions of the game. These missions are found in the game’s very own café. Every new menu book offers Polyphony Digital’s take on individual car brands such as Ford, Ferrari and BMW or specific racing classes such as pick-up trucks, touring or rally cars. 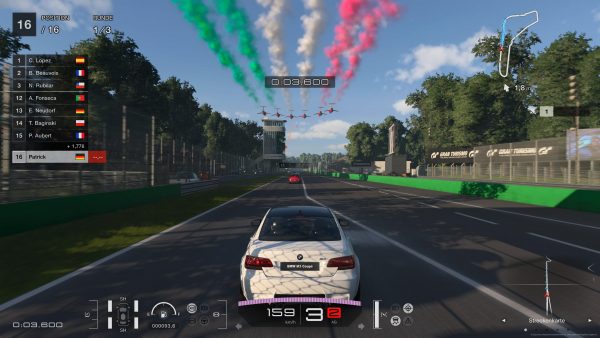 In that way, it really feels like a game that fans of the genre should get their hands on as soon as possible, since every other competitor feels very lacking in that aspect. Not only that, but the photography and presentation is incredible, offering a lot of options to capture your favorite moments and to show off your car in the best way possible. As part of the café menu book missions you get incredibly detailled shots of each car in locations around the world. On PS5 Ray Tracing provides improved reflections on cars and environment, but it is limited to aforementioned café scenes, replays and the game’s photo mode dubbed Scapes. We covered the visual differences of the PS5 and PS4 versions in our multiplayer video which you can check out below. Multiplayer performance can be hit or miss depending on your location and connection speed. While the cars are incredibly detailled, the environments feel inanimate und bland with the exception of the Nordschleife which you can race on in its entirety, alongside classic GT tracks such as Trial Mountain, Tokyo Expressway and Laguna Seca and F1 race tracks of the likes of Spa-Francorchamps, Barcelona and Monza. What matters is how the game feels like while actually racing on these tracks. As much as we’d like to say that the same positives could be found during gameplay, sadly, that is not the case at the time we’re writing this piece.

The mechanics feel as if it’s a return to the past, but not in a good way since the genre has evolved a lot since the first Gran Turismo games. Even though it tries to sell itself as the “Real Driving Simulator”, it really feels like you’re playing an arcade title instead, especially in comparison to sim racers such as Assetto Corsa or iRacing. Each racing class feels different from each other and on PS5 the use of the DualSense’s haptic feedback and dynamic adaptive triggers works well compared to competitors such as F1 2021 where the massive use of the new rumble technique gets literally out of hand and impacts the driving in a negative way. It almost feels random though, if your car handles spot-on or has a turning circle of an 18-wheeler – I’m looking at you, Ford Mustang. Once you found that perfect car for your driving style, Gran Turismo 7 really is a joy to drive, especially in combination with the game’s unique dynamic weather systems which can lead to a dry start/finish straight with heavy aquaplaning being present at the crossover at Suzuka. A missed opportunity is the fact that rain cannot be enabled on every race track. The day/night cycle enables you to create realistic endurance races that can also be played in split-screen and online. Polyphony Digital does end up giving the user a lot of options to customize the vehicles, without explaining each one in detail and leaving users to experiment for themselves, but at the end of the day the racing still doesn’t feel realistic and the only purpose all of the mechanics are is to simply improve the car you’ve chosen. As far as customization options go, you can download hundreds of liveries, so-called Styles, players created and re-create a contemporary Formula One grid or a legendary Le Mans race. Each car’s performance is reflected by Performance Points that can be raised by unlocking new tuning parts and tiers by completing missions and raising your collector level. 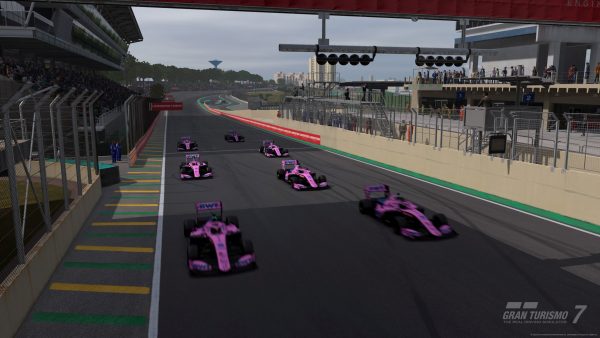 A perfect example of why these mechanics don’t work as well as they should is incredibly apparent once the player will be forced to do rally races. It’s clear that Gran Turismo 7’s engine wasn’t designed with those races in mind, which leaves us perplexed as to why the developers thought including them in the game was a good idea to begin with. Even when you’ll have done nothing but optimize your car to handle the rally tracks, controlling them is gonna be a real challenge and you’ll find yourselves avoiding jumps at all costs, since the car will just start doing whatever it wants once you get there. If you compare Gran Turismo 7 to a game in the DiRT franchise, the differences in realism and enjoyability can become extremely apparent. When we saw that even the Artificial Intelligence (AI) was having trouble staying on track, we couldn’t help but laugh and wonder if the developers had even tested this feature before releasing the game. 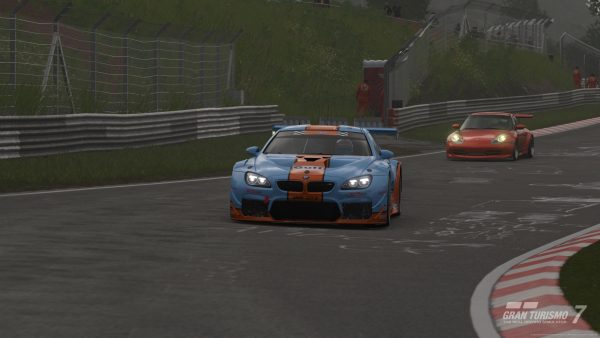 Speaking of the AI, sadly we have to admit that there’s not an actual challenge in terms of difficulty. The only thing that may prevent your win is not only your actual ability, but how powerful your car is. Your opponents will do literally nothing to stop you from winning and are even able to be pushed to the side very easily with no penalization whatsoever. The game tries to prevent you from doing that by offering a bonus for completing a clean race, but that only helps whoever wants to get more credits and it does not offer actual difficulty.

The amount of credits you can gain is also extremely controversial, as it really feels like it tries to push users into microtransactions to buy all the cars available in the game, some of which are only available at random for a limited time. The developers have tried to respond to these concerns by increasing the amount of free money you can store and increasing certain rewards especially in the latter half of the game, but it still feels like gaining everything is just gonna be a grindfest and nothing more. Some of the prices at the Legendary Cars dealer seem ludicrious, such as a Ferrari 250 GTO ’62 for 20 million credits.

Overall, Gran Turismo 7 feels like a missed opportunity. There’s no denying that there’s a lot of things that we loved about this game, especially in terms of presentation, but there’s also a lot of stuff that we disliked and that is making us willing to not touch it anymore until everything works properly. We really hope the next updates are able to give this game the justice it deserves, but for now we’d just recommend to wait or to buy it with a big discount, unless you’re a really big fan of cars and racing games and are willing to ignore the glaring flaws of the game. They may not be apparent once you first start the game, but once you get to about half of your adventure, these issues may prevent you from fully enjoying Gran Turismo 7.

Francesco and Patrick reviewed Gran Turismo 7 based upon the initial pre-release PS4 and PS5 versions up until v1.11. Sony provided these review copies.