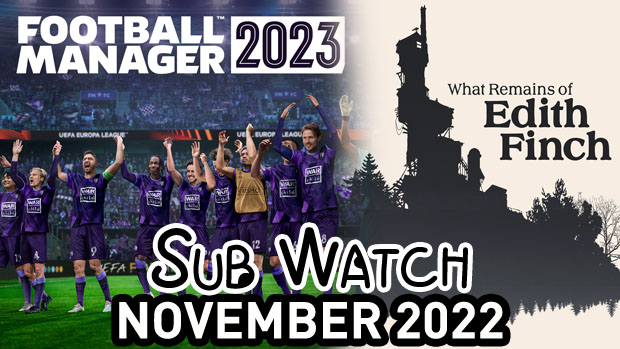 FM 2023, What Remains of Edith Finch, Raji – our monthly update on new games being added to PlayStation Plus, Xbox Game Pass and other subscription services.

It’s easy to lose track of new games being added to the countless subscription services. Catch the latest titles in the short video below.

Check out which games we’ve been playing lately. These games are either part of a subscription services at the time this articles gets published or were made available recently. 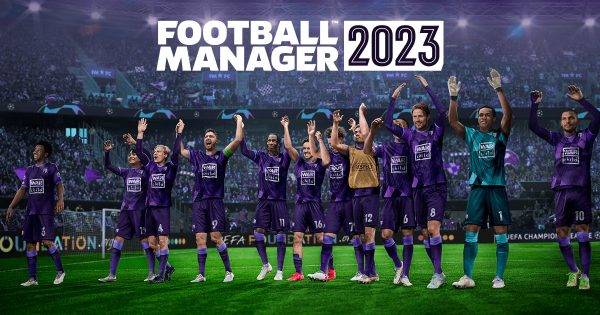 Football Manager 2023 is available since day one on Xbox Game Pass. For this year’s edition Sports Interactive tried not only to bring us the same game we all love and care for, but to also try to make things a little bit more realistic, making us account for more stuff.

Even if the whole formula has stayed mostly the same, one of the better aspects of this game is an improved relationship with the agents of players. This will not only let you actually persuade agents to stop their players from complaining whenever something isn’t going their way, but it will also be extremely important when the transfer window is open and you’re looking around to see which football players you may wanna add to your team.

As usual, there’s always the option to just do things as you normally would: Make an offer and try to see if you can satisfy their requests. What’s suggested now is that you contact the agent first, which is something that will only take a few seconds. This will let you establish with certainty if a player wants to join your team, how much they’d ask for and if they want any promises to be fullfilled, for example play in a certain position, build a better team and so on. Of course, you also have the option to tell the agent if you can or cannot guarantee certain things, which will let the agent present a different offer, while warning you that it’s something that may not satisfy them entirely. This will let you calculate which players would be best suited for your squad, avoiding to waste your team into trying to reach deals that would go nowhere.

Another innovation of Football Manager 2023 is to let you see firsthand how much supporters may matter in the club’s decisions. You have to not only satisfy your executives — which is obviously the most important part of being a manager — but also to try and please your supporters as well. For example, they may wanna see a player perform more often, or prefer a certain playstyle over the one you’re used to. Although obviously, like in real life, what matters most is that you actually win your games, so if what you’re doing is working you can probably stop worrying about them being unhappy about certain parts of your playstyle. Otherwise, if you what you’re doing isn’t giving the results you were expecting, it may be a wise idea to try and appease them, if not to win just to give them what they want.

We also found out that the promises you give to your players may matter a lot more in this game compared to the previous ones. If you make one of your charismatic players unhappy, the rest of the team will decide to give you a piece of their mind as well and let your popularity suffer as a result, also putting your job at risk. There are times where this doesn’t make any sense: For example, we had someone perform particularly well and even surpass the stats of whoever wanted to keep being in the main squad. And yet, even the ones who play with him fully agreed that we should’ve changed the team. It’s clear that Sports Interactive still needs to further finetune this feature, although we certainly understand them wanting to make every single one of your choices matter, forcing you to also make difficult decisions for the benefit of the entire club.

Last, but not least, we have to unfortunately report that the “injuries problem” is more prominent now than ever.  Everyone who tried a Football Manager game knows that your players tend to injure themselves quite a lot more than what would happen in real life, and without any apparent reason as well. On one hand, this of course can create great opportunities to force managers to build a team which is strong in every single role, but on the other hand it can get really annoying because of its unrealistic frequency.

In short, Football Manager 2023 is pretty much what you would expect from a new game of the series, but this time we feel that they actually tried to make things a bit more different than usual. Not every new feature may have worked out the way we expected, and the injuries problem really NEEDS to be solved eventually, but it’s still a lot of fun to play if you’re a fan of football games. Or even if your club is not performing that well in real life, and you believe you could do a better job. In that case, it’s time to prove it. 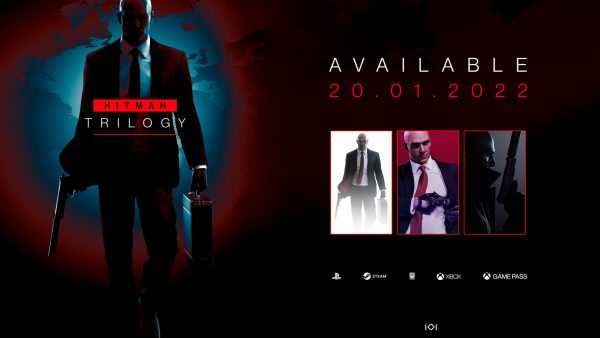 The first episode of IO Interactive’s Hitman reboot released on March 11th, 2016 with more episodes and 2 more games following over the next few years. Despite a switch to non-episodic releases and losing the original publisher Square Enix, the “World of Assassination” trilogy still feels like a cohesive experience that is definitely worth experiencing.

Once again controlling Agent 47, you’ll be tasked with taking out a number of targets across the globe. Locations range from a bustling motorsports event to a secluded mansion in the British countryside. Compared to the original games, gameplay is a little more forgiving, though it never gets quite as easy as Hitman Absolution. Each map has lots to discover, and you’re always encouraged to replay missions to complete side objectives and expand your arsenal.

While it’s possible to just go in guns blazing for many of the trilogy’s missions, the scoring system encourages you to think more about how you go about your assassinations. Avoiding needless killing, making assassinations look like accidents, and erasing any evidence will give you the highest scores.

With the entire modern Hitman trilogy available on Game Pass, playing through the entire story feels completely seamless. No need to switch between games, everything is included as part of Hitman 3, with unlocks usable between all campaigns. It’s honestly impressive just how much content is packed into the trilogy, especially now that each game has received a number of tweaks and patches — Hitman 3 even added a new free map earlier in 2022. 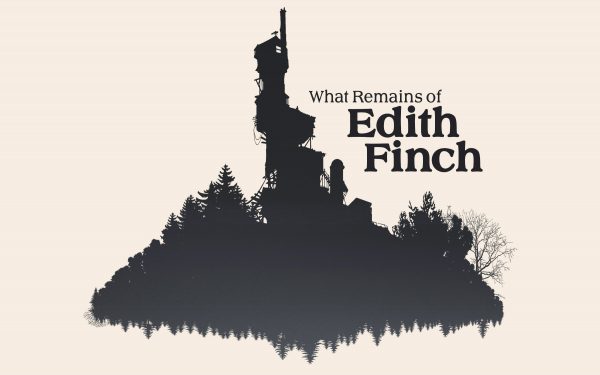 What Remains of Edith Finch is Giant Sparrow’s second game after The Unfinished Swan. In the role of the young adult Edith Finch you return to the old family home to dwell in memories and reveal what’s been long lost. In a series of flashbacks we discover the tragic, humorous and absurd episodes of Edith’s ancestors. Since you can complete the game in three hours, we don’t want to give away any more than that. What Remains of Edith Finch looks and sounds great, especially due to the phenomenal voice actors and the fantastic orchestral score by Jeff Russo (Fargo). Gameplay wise you can expect a traditional walking simulator with minor puzzle sections, but they’re nowhere near as challenging as they could be in The Unfinished Swan.

You may wonder why we feature this game now, five years after being released. Three months ago What Remains of Edith Finch came to Xbox Series X|S and PlayStation 5. The upgrade is free to owners of the Xbox One, PlayStation 4 and PlayStation Plus versions. The game was available on PlayStation Plus (what is now PS+ Essential) in May 2019 and was added to PlayStation Plus Extra and Premium for PS5 and PS4 last week. In addition to a doubling in frame rate from 30 to 60 frames per second you can explore the house of wonders now in native 4K. The improvements result in a much cleaner picture which let you read all the details the developers scattered around and a higher visual range. The amount of pop-in on PS5 and Xbox Series was even reduced in comparison to the “Ultra” setting on PC. If you’re on the hunt for Trophies you may like the fact that you’ll get a new trophy set on PS5.