With the release of Zero Time Dilemma, the Zero Escape series’ third and final entry, fans were left wondering what would be next for series writer and director Kotaro Uchikoshi. As more information was revealed for AI: The Somnium Files, it seemed like it would carry the spirit of Zero Escape without just being just a copy of that series. The final product brings Uchikoshi’s style of writing and humour to a new setting and, while not quite reaching the heights of 999 and Virtue’s Last Reward’s best moments, tells a consistently engrossing story from start to finish. 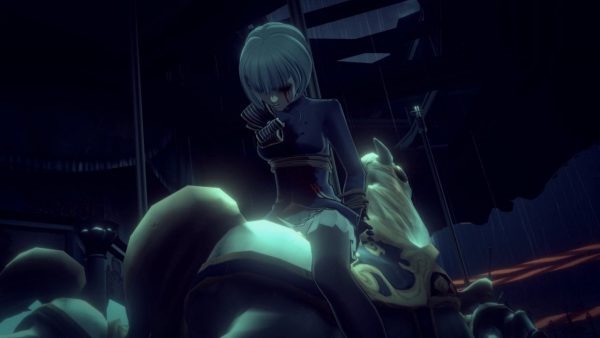 Set in a near-future Tokyo, special agent Kaname Date is sent to investigate the mysterious murder of a woman in an abandoned theme park. Due to the way the body was left – tied to a merry-go-round horse with a missing left eye, it’s clear this is no normal killing. Both the victim and many who are involved with the case are people Date is familiar with, and his investigations turn up more than he originally bargained for. As he searches for the killer, Date has the help of an AI inside his artificial eye and a special machine that can be used to dive into people’s memories and find information they may be hiding.

Most of your time during AI will be spent talking to the varied cast of characters, so it’s good that the writing is strong for the majority of the game. Date is presented as a serious character in the game’s artwork and his design in general, but this is the complete opposite of his actual personality. That’s not to say he’s incapable of acting like an actual member of the police, but he’s often quick to crack jokes or say something stupid. His eye AI Aiba (try saying that a few times in a row) is the more mature of the pair, though she’s still prone to goofing off or enabling Date’s antics. They both work well together, and Aiba has a lot of development for a character that can usually only communicate with a single person.

As for the rest of the cast, they’re an interesting bunch. From the internet idol Iris (who was used to promote AI with a real Youtube channel) to Date’s enigmatic Boss, most characters bring something new to the story. AI has a small amount of characters that show up in general, and even less that appear for more than a handful of scenes, so the main cast really needed to stay interesting for the entire story. We’d say they managed to achieve this, and a lot of this success is due to how the story is structured. As with the Zero Escape games, there are many branching paths that each lead to their own ending. Many of these routes focus on a specific character, so you have plenty of time to learn about the main cast members. It’s satisfying to go through a route and learn something new about a character that gives more context to their actions in the story. 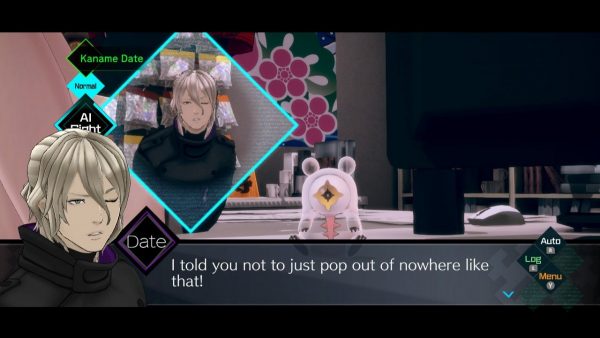 Overall, the story and its characters are great, having a good balance of goofy and darker scenes. Date’s investigation into the murder and the ties it has to himself and the rest of the cast is full of mystery, with enough information fed to you to keep the plot interesting without giving you all the answers straight away. However, unlike the Zero Escape games, the plot twists and final reveals of the game can feel a little too easy to predict beforehand. AI’s use of foreshadowing is nowhere near as bad as a few games we’ve covered recently, but some of the later twists don’t have quite the impact they should have. The story still ties everything together nicely though, rarely having a dull moment even if you can tell what will happen next. It’s also hard to ignore just how good the English dub is, easily the strongest we’ve heard this year. Japanese voice acting is also included, but for many characters the dub is superior.

If only the somnium sections were of the same quality as the story. As mentioned earlier, Date can enter people’s minds through a process called psyncing to gather information they may be withholding, their memories forming a dreamlike world, otherwise known as somnium. You control Aibi while exploring these areas, trying different interactions with objects to progress deeper into their memories. The main gimmick here is that you can only stay for 6 minutes, with each action taking a certain amount of time to perform. Actions often have long time requirements to perform, so use of items called timies is essential. These can cut down the amount of time it takes to perform actions, though negative ones instead do the opposite and must be used next time you do something.

It’s a system that starts off interesting, as you try different interactions to try and figure out the strange logic of each somnium, but later areas give you far less leeway for mistakes. Restarting is quick and you have a limited number of rewinds to key points, but this just makes the time-based mechanic seem even more unnecessary. Some of the later areas also just resort to making the last few actions cost a large amount of time, forcing a restart if you don’t have the right timies. At the very least, each area has a distinct theme and even its own background music. Depending on your choices, you’ll also unlock different paths through the somnium which is how routes are chosen in AI. Tying the routes to what information you find in these sections is a great way to link gameplay with the story, but actually playing through them is by far the weak point of the game. 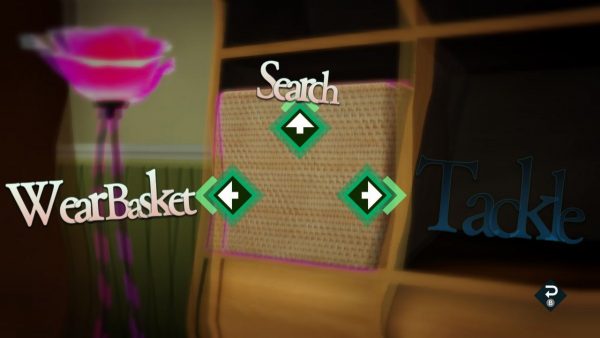 One other area that AI could have been better in is the visuals, though it’s still a big improvement compared to the 3D Zero Escape games. Character models are far nicer to look at and are more expressive during dialogue. Because of this, the game looks its best when you’re just talking to people or examining the environment, where animations are more subtle and there are only a couple of characters on screen at once. The UI is also stylish, from the text boxes to a distinctive pause screen. AI ends up dropping the ball during cutscenes though, especially ones with a lot of action. There are multiple scenes where someone is hit in a way that lacks any impact visually, and characters often just stand in place in the background while only a couple are animated. At least this isn’t a common occurrence, unlike the spotty performance of AI on the Switch.

Regardless of whether you play the game in handheld or docked modes, you’ll run into problems. When playing handheld, the character models look crisp on the Switch’s small screen, and other than a few small objects it’s easy to see everything during the investigation sections. Unfortunately, the game will often noticeably stutter, even when nothing is really happening on screen. Furthermore, there are many times during dialogue where the game takes multiple seconds to load in another character model or image. The performance issues are odd considering that most of you time is spent talking to people, and even the somnium sections are not overly detailed enough to explain the stuttering. Docked mode on the other hand avoids most of these problems, at the cost of looking somewhat ugly on larger screens. The 3D models seem like they were designed to be viewed only in handheld mode, due to the jagged edges and low resolution across the board. While the game runs smoothly on PlayStation 4, the relatively long loading times and jagged edges are still apparent in this release. The models themselves look crisp on PS4 Pro. Shadows are also poor in both modes, though this only really noticeable in the somnium areas. There’s a chance that the issues in handheld mode may be addressed in future patches, but it’s clear that little focus was placed on how the game looks in docked mode and it’s unlikely that this will change post-launch. 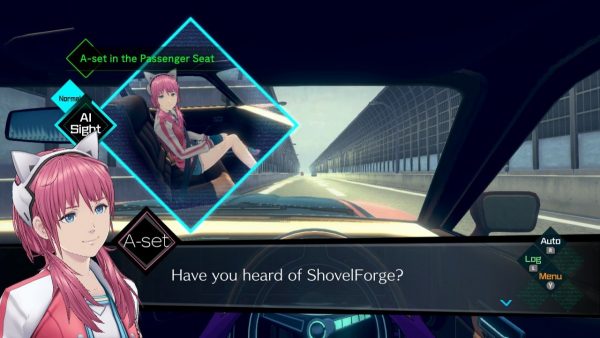 These technical issues on Nintendo Switch, and the lacking somnium sections, aren’t enough to ruin AI: The Somnium Files, as the plot and overall feel of the game make it an incredibly enjoyable experience throughout its many routes. The main cast of characters produce some enjoyable moments – the highlights usually being any interaction between Date and Aiba – and the story manages to keep you engaged, even if its later twists lack the impact of the Zero Escape games.