Ys: Memories of Celceta drops today on PlayStation 4 in North America and 10 days from now in Europe. We checked out for you if the port is worthwhile.

The Ys series is a series of action-adventure games with a long history, which also used to compete with the Zelda series. It’s also one of the flagship series of the developers at Nihon Falcom. Ys: Memories of Celceta is a remake of the 4th chapter in the series (originally called “Mask of the Sun”), which originally came out on the Super Famicom (Super Nintendo in the West), though in the lore of the series it’s actually set before the 2nd episode. Released on the PS Vita in the year 2012 (2013 for the US and 2014 for EU) it received a faithful port on PC in 2018 which is now coming to PS4 as well. 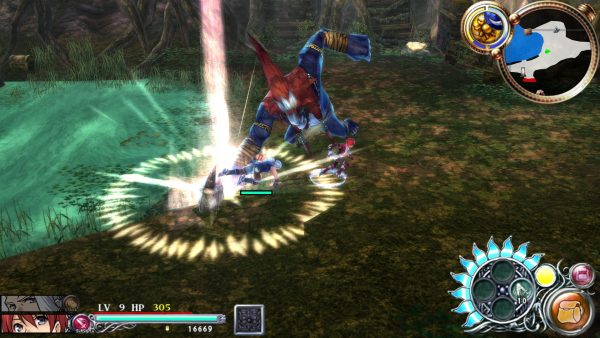 In this game we’ll follow the usual main character of the series, Adol Christin, who has mysteriously lost his memories while exploring the Forest of Celceta. We’ll later be tasked to explore it again to map the entire place down, managing to also recover our memories in the process, bond with new allies and unveil the mystery surrounding this place. Even though we’ll start with only 2 members, we’ll later be able to form a party with 6 characters in total (although we can only bring 3 in battle), two for each kind of weapon: slash, strike and pierce. Certain enemies will only be weak to one of these properties, so it’s important to choose your team accordingly. You can attack by simply pressing one button repeatedly, while certain combinations will allow you to unleash skills or the more powerful Extra variant, provided you have enough points for them. Simple to play, but hard to master: it will start off relatively easy to let you get used to the gameplay, but later on the enemies will start getting more and more tough. 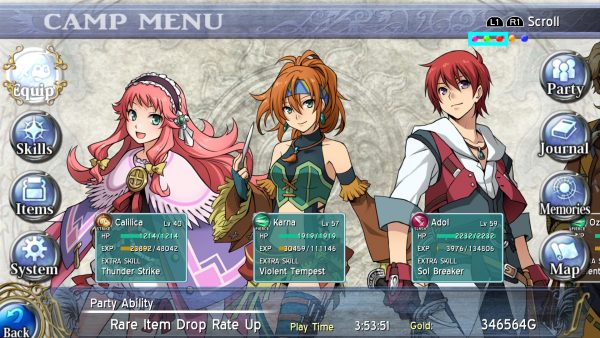 Each one of your companions will get an exclusive ability to help you out on your journey. For example, Duren can open locked chests and Karna can make objects or platforms fall from the sky by launching a knife against them. Each dungeon you’ll encounter is unique and will make sure to test your new abilities or artifacts you get along the way. There’s a surprising decent variety of monsters to fight as well. The boss battles are also very intense, although we did find their difficulty to be inconsistent. There are some disappointingly easy ones and then there are those that will destroy you, if you’re not careful enough. However, all enemies and bosses follow a certain pattern on their attacks. A bit of practice should be enough to let you understand how to fight them appropriately. 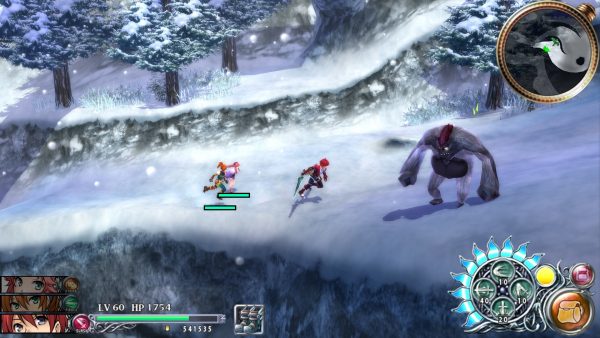 The soundtrack of the game is great. There are several memorable musics that will make your adventures much more enjoyable. It keeps the same graphics as the PS Vita version (remember, it’s just a port), but we haven’t noticed any frame drops during battle. The only time we noticed a slight hiccup is in a certain village area, which isn’t anything too noticeable and may even be easily fixed. For an action-adventure it isn’t too long, but not too short either. We did all the subquests available and the game lasted around 30 hours for us. If you were to play the game from start to finish without taking any detours, you’ll likely complete the game in around 20 hours. 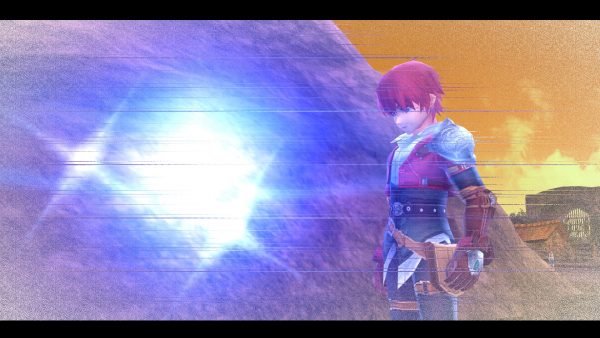 In conclusion, this is pretty much a perfect port of the game and a great introduction to the series, should you decide to get into it. There’s probably little reason to get it again for the players who already own this game, but for those who want to try out the Ys series and are looking for a simple action-adventure, Memories of Celceta is a title worth checking out.