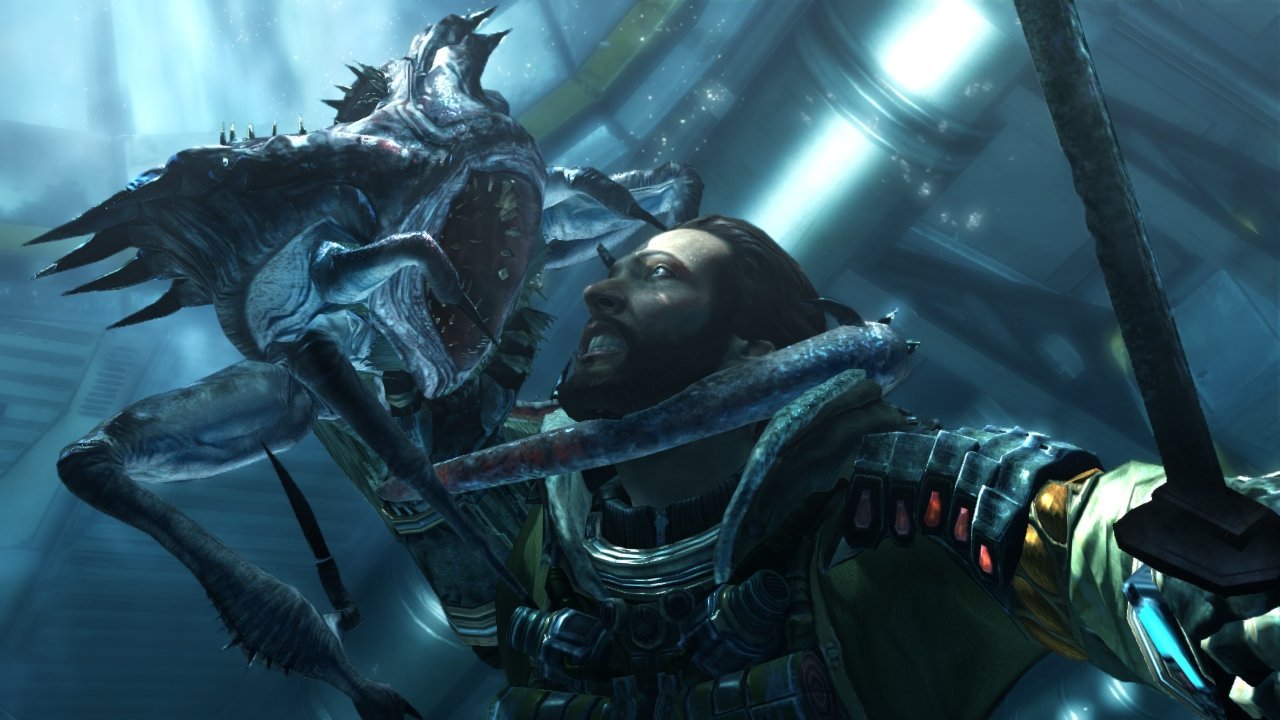 Let’s go back to April 2012, when Capcom surprisingly announced a third sequel to its new IP, Lost Planet. The announcement was shocking, not because no one thought that Capcom will stick with the franchise casino online after it failed twice, but because it looked significantly different from the other two entries.

Some may even say that it”s too similar to another Sci-Fi franchise, EA”s Dead Space. This isn’t a coincidence, but a change of approach from Capcom”s side as they decided to move development to the west. Spark Unlimited was the chosen studio, the ones behind controversial releases such as Legendary: The Box and Turning Point. Did Capcom manage to revive its series?

Lost Planet 3 tells online casino the story of Jim online casino Peyton, a contractor who moved to an unoccupied planet named E.D.N. III for a quick buck, but soon to understand the job won”t be easy at all. You see, our beloved Earth is under threat from lack of energy resources, and the only solution is to find another online casino planet to steal its sources from. Soon after your arrival Jim will be introduced to NEVEC”s research team that will guide him in his way to acquire those precious minerals.

Although the story doesn’t seem to hold out by its settings, we were very impressed with the way Spark Unlimited built the characteristics of the main protagonist (AKA Jim). Through the whole campaign, Jim will communicate with his wife that was left on Earth to raise their son while he provides them. This long distance relationship will make everyone shed tears in the moments where she tells him how much his son grew and how she is going crazy without him, even Jim that”s being described as a tough-guy will show his vulnerable side through time. Jim is just an average guy, like all of us, and that’s what makes the whole plot relatable.

Sometimes, we found ourselves enjoying the story more than the gameplay itself, so even if you got bored by the middle of it, you are still motivated to finish it and learn Jim”s fate.

You can”t make a great story without good voice acts, and thankfully Lost Planet 3 managed to do so very well. This is casino not a coincident, with people like Jim Pirri (Diablo 3, L.A. Noire, Captain America), Paul Nakauchi (Spiderman, Call of Duty: World at War,No More Heroes) and Bill Watterson that perform their acts beautifully.

Like we mentioned before, Capcom hired a western studio to produce Lost Planet 3, a series that was developed only by Japanese studios before. From the beginning, you can clearly spot that the game changed hands, and it quite reminded us of the move Capcom did with another of its franchises – Devil May Cry. Not surprisingly, the results are the same.

Lost Planet 3 changed a lot from its two previous entries, it changed so much that some even may not recognize it and think we are talking about Dead Space 3, with all the fast-paced action that goes around. Instead of focusing on Mech fights, Spark Unlimited made the battlefield all up-and-personal as you will shoot enemies face to face most of the time. Fans won”t be happy about it, but newcomers will surely find the game an entertaining experience to go through before the winter”s big blockbusters.

There are new uses for Mechs in the game. The first one is for travel, a great help since the maps in Lost Planet are huge. The second is for fixing equipment that has gotten broken. From time to time Jim will be asked to go for a remote locating to reform broken antennas, communicating line and basically everything that E.D.N. III”s people use. In our opinion they are the worst type of missions in the game, because the task simply asks you to go there, click on some buttons and come back to base. The third and final use for the Mechs is for fighting, but not in the way many expected it to be. The Mech is only equipped with repair tools, in one hand you”ll have a giant drill while in the other you”ll have grip, thus fighting enemies becomes quirky and frustrating at the same time. It”s a big letdown considering you had heavy weapons in previous titles that helped you kill aliens from distance. It”s fun to bore a hole in your enemies” faces by using the drill but there nothing as soothing and relaxing as those big firearms.

For those of you who are looking for a special niche game to play (like the previous two), Lost Planet 3 probably won”t do it because it plays much like other AAA games from the same genre, Spec Ops, Red Faction, and Warhammer, just with crazy aliens of course. As for graphics, the move to western developers really shows the differences. For starters, the game uses Unreal Engine 3 instead of MT Framework, an engine that Capcom created for this gen that usually implanted in their fighting games. The changes are huge: the snow looks crystal clear, textures are sharp, enormous maps with tons of objectives and lighting effects that were done magnificently. If you have a strong PC build, the game supports DirectX 11 for enhanced visuals. We have played it on a 2-year-old Radeon 6850, and everything was smooth on high settings.

Another thing that changed in this entry is game-time. Previous game in the series had 6 different campaigns in it that took around 15 hours to complete, while Lost Planet 3 has only one campaign that clocks around six to seven hours. It”s not that much, but considering it”s the average play-time in many third-person-shooters, we won”t put it as a flaw.

– Old fan may get disappointed

Though it most certainly is not the best third person shooter we have played, Lost Planet 3 still manages to shine for a couple of moments thanks to the constant action that goes around it.