As you can most likely tell from the game’s uninventive name, Girl Fight involves various scantily-clad ladies fighting for… some poorly explained reasons. There’s an evil organisation called the ‘Foundation’ who kidnap the game’s cast and trap them in a virtual environment called ‘The Mainframe’. It’s not the most enthralling of stories, and the fact that it’s told by a narrator with one of the most grating voices we’ve ever heard doesn’t make it any easier to slog through. Character bios can be unlocked that share the more interesting parts of the plot, though there isn’t enough to make it worthwhile. 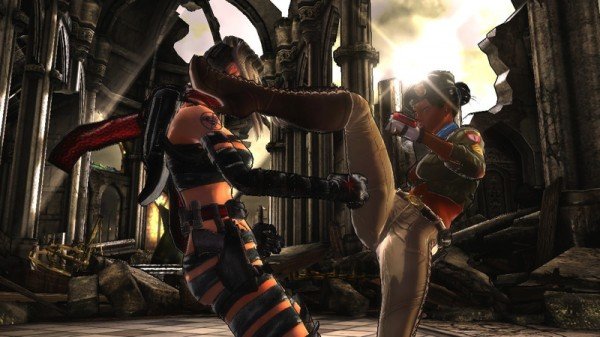 The game suffers graphically as well, with poor character models and effects. This is made worse by the framerate, which seems to be all over the place for no discernible reason. It’s not like there are any flash special attacks that could cause it to drop. The fighters themselves look pretty ridiculous, with none of their designs being appealing in the slightest. The only areas that look decent are the menus, which are uncluttered and easy to navigate.

As for the gameplay, it’s almost not worth talking about. Girl Fight uses a simple four button layout: One button each for punches and kicks, as well as block and grab buttons. Attacks are fairly basic, and pressing different directional buttons while attacking will allow you to perform different attacks. There isn’t much variation between the various punches and kicks, or even between the movesets of each fighter, which means that there’s no incentive to choose one girl over the other.

Blocking and counters are similarly basic. While held down on its own, the block button allows you to defend against incoming attacks. If it is pressed while also pressing either back or down, you can counter high and low attacks respectively. Overall, Girl Fight controls similarly to the aforementioned Dead or Alive, but without any of the complexity on display in that game. 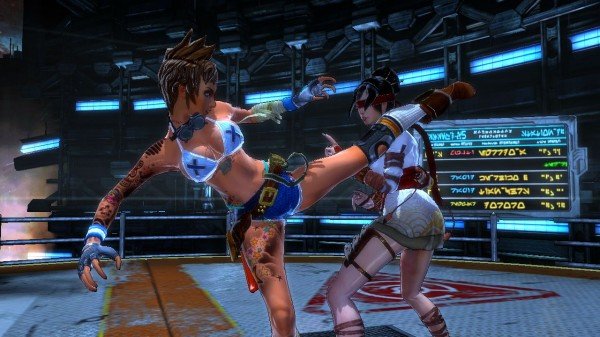 The only way the game tries to differentiate itself from other fighting games is in the psi powers that you can select before each match, that can be activated by filling a meter during fights. They grant different properties to your fighter, from health draining attacks to stronger defense. However, they don’t really have much of an impact on the outcome of a fight, and you will probably only notice one being used thanks to the horrible looking graphical effects that accompany them.

Girl Fight contains the usual basic fighting game types, such as story and training modes, as well online play. Online is definitely one of the worst ways you could play this game, since the netcode is pretty poor, making fights stutter even more, making any sort of strategic play impossible (though it’s not much better offline).  Then again, you’ll likely not even find a match online, considering that there’s next to no-one playing. 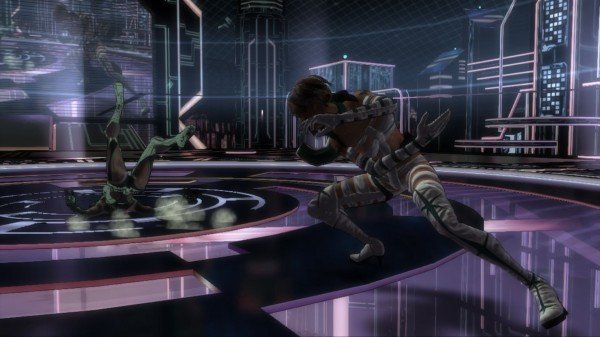 Girl Fight is a poor excuse of a fighter, with outdated presentation and poorly thought out fighting. I’d be hard pressed to recommend it to anyone, especially considering that vastly superior games like Skullgirls can be bought for a similar price. For those of you who are desperate for some cheap fighting games, just try out some of the free-to-play titles on PSN like Tekken Revolution instead.