Kill la Kill – IF is an oddity when it comes to videogame adaptions of anime franchises. The original series ended over 5 years ago, so releasing a tie-in game now is an interesting choice. Unfortunately, even if you enjoy Kill la Kill, or arena fighting games in general, there is not enough here to keep even the most diehard fans interested for more than a few hours. 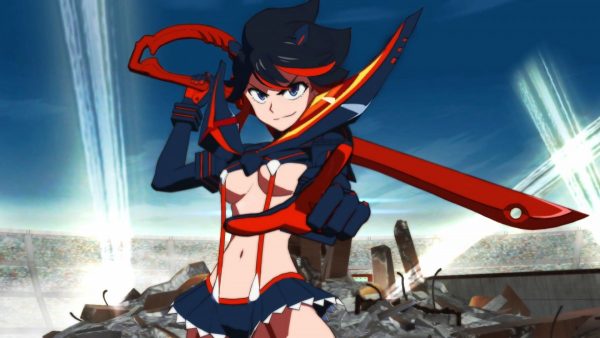 The most striking aspect of Kill la Kill – IF by far are the visuals, making an excellent first impression even when you’re just on the main menu. A lot of time has been spent making sure the characters look as close to their depictions in the anime as possible, while also working well in a 3D environment. Kill la Kill had (sometimes deliberately) wildly varying animation quality, which has been recreated faithfully in game for the most part. It makes the story mode enjoyable to watch at times, something that is appreciated considering just how little gameplay there is over its short runtime. The main flaw with the game’s visuals overall is the various arenas, many of which looking bland compared to the lovingly crafted character models. At least the trade-off for some less impressive arenas is a near constant 60 fps, even on a standard PS4.

Speaking of the story, Kill la Kill – IF bills itself as a ‘what if’ story, hence the name, but roughly a third of the story mode still covers events taken from the anime. There is no summary of the story up to the point where IF starts, already limiting this to fans of the anime only, and the events it does cover before diverging are abridged and lack most of the original series’ build-up. You control Satsuki Kiryuin, student council president of Honnouji Academy, for the first part of story mode, starting at episode 8 of the anime. She fights against series protagonist Ryuko Matoi, but is interrupted by her mother Ragyo Kiryuin, who’s appearance is at odds with the timeline of the original anime. From there. everything spirals out of control, forcing Satsuki to deal with this new threat.

To put it bluntly, the story mode is pretty terrible. Visually the many cutscenes are mostly entertaining, but the breakneck pacing and lack of any meaningful new story scenes makes it hard to stay interested for what is essentially 4 hours of watching with a handful of fights in-between. While the story does deliver what could be considered an alternate take on the anime, everything it does is vastly inferior. Those that watch the original series will have already experienced a more enjoyable story, while also turning away people that haven’t already seen the anime. The fact that you have to repeat most of the story with Ryuko to see everything makes an already bad mode even worse. 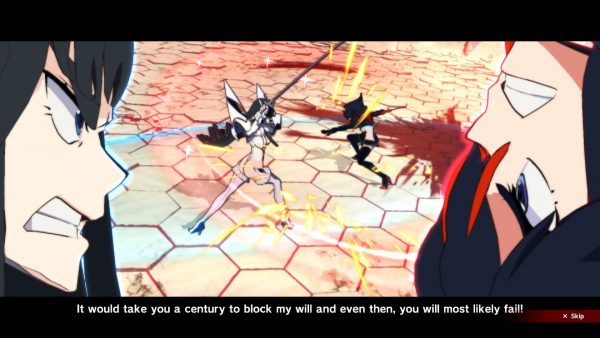 Anime arena fighting games already have a reputation for being more simplistic and unbalanced compared to more traditional fighting games, and that’s still the case with Kill la Kill – IF. Every character has melee and ranged attacks, along with a slower guard breaking move. You can dash around and hold different directions to perform multiple types of melee attack, increasing the amount of options you have at any given moment. Fights boil down to a series of rock-paper-scissors interactions, with regular attacks winning against break attacks, breaks against guards and guarding against regular attacks. Furthermore, the different melee attacks work best in certain situations, with regular attacks working well against stationary enemies but slow, sweeping attacks being best against opponents that attempt to dodge.

So, there’s at least some depth to combat, but in practice it still feels simplistic and a little messy overall. Certain characters have moves that are easy to spam, and the annoying camera can make seeing what’s happening difficult at times. To make matters worse, story mode also throws in a few fights against multiple enemies, something that the battle system is clearly not able to handle. The camera issues become even more of a nuisance, and there’s no way to manually lock onto specific enemies. Fights against covers, enemies that look like clothing, are even worse for this since you’ll be fighting at least 5 of them at a time.

There’s also a general lack of content, with many of the modes adding little value to the overall package. As we went into detail earlier, the story mode is a lacklustre attempt at telling a unique story using the anime’s setting. But when it comes to single player content, that’s pretty much all there is to do. The covers challenge is boring and suffers from the poor camera and, aside from a basic gauntlet and versus modes, there isn’t much to do if you’re not interested in playing with others. Even then, the tiny character roster (1o, including 2 different versions of Ryuko and Satsuki) and questionable balance ensure that you’ll end up fighting the same few characters for most of your time online. The online in general is serviceable, but lacks basic features like being able to rematch directly after a fight, or even the ability to invite your friends to a match. 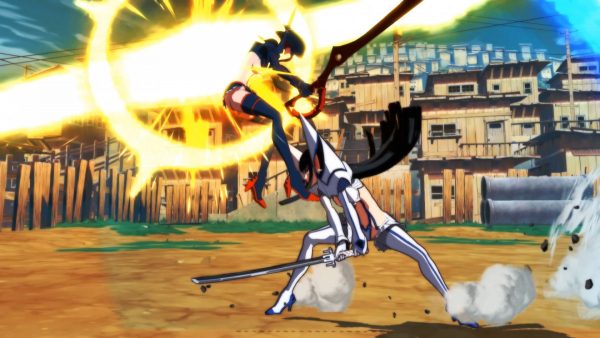 Even with the promise of free character DLC and patches, there is little reason to buy Kill la Kill – IF. The story mode adds nothing to the anime’s plot, and the lack of content will probably cause an already shrinking pool of online players to decline even further. This was not the game Kill la Kill deserved.