Furyu have been involved with some interesting games over the years, but many of them end up failing to turn their unique concepts into a fun experience. Crystar unfortunately follows this trend, doing little to build upon its base premise while also having some of the dullest gameplay we’ve ever seen in an action RPG. 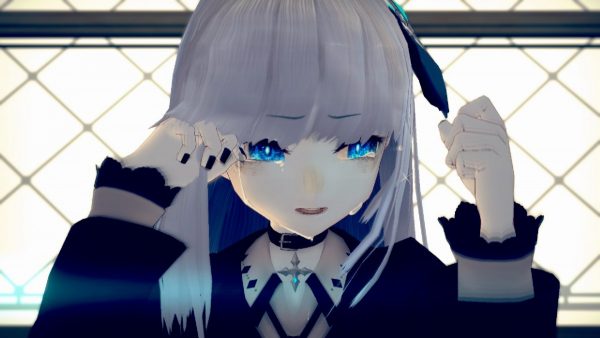 After suddenly being dragged into a strange world and with no recollection of how she ended up there, Rei Hatada soon discovers that her sister Mirai was also taken. Promising to protect her sister, they quickly become separated after a monster attacks the pair. Rei’s resolve to save her sister manifests in an new power that she can use to fight the monsters that inhabit this world. Her new power ends up backfiring though, causing her to stab Mirai once they reunite, separating the sisters once again. In her grief, 2 demons appear to offer Rei a deal: Make a contract with them and hunt down the Revenants that prey on human souls. Do this, while collecting enough Idea crystals along the way, and she can be reunited with her sister in the real world. Rei agrees, becoming an Executor for the demons, defeating Revenants in Purgatory, meeting others who have made deals with the demons and finding out the truth about their sudden appearance in this world.

Initial impressions of Crystar are rather positive, as it sets up the main character’s motivation and the strange world of Purgatory. It has a dreamlike feel to it, adding to the sense of mystery early on. The scene where Rei attacks her sister after losing control does a good job of making you sympathise with her, and for the first hour or so it’s not hard to be drawn into the story the game wants to tell. However, it doesn’t take long though for your interest to be replaced with a feeling of disappointment. Every plot point that follows the opening of the game is either incredibly predictable or poorly done, making for a story that has no surprises or any way to keep your interest.

For the entire story, there are only a handful of named characters, meaning that whenever someone is mentioned by name it’s obvious that they will be important in some way. Nothing too unusual, but the way Crystar foreshadows events is far too heavy-handed. As an early example, Rei decides to check a single news article in the real world, and unsurprisingly someone related to it shows up right in the next chapter. The demon twins are suspicious, so of course the game spends far too much time focusing on this, removing any sense of mystery that could have been created by leaving it more ambiguous. It’s a shame, because at its core this is supposed to be a game about dealing with tragic events and the emotions that you feel from them. The setup is there to at least make the characters feel human, especially Rei who has already had to deal with the death of her parents before the events of the game. Crystar never tries to spend enough time building on its characters though, giving them only the lightest of backstories before moving onto the next predictable plot point.

At least the story had some potential, even if it doesn’t go anywhere, but the action gameplay is very uninspired and incredibly repetitive. Your main light attack combo is what you’ll be using for most of the game. It’s fast, even for the slowest of the 4 playable characters, and can keep most regular enemies and even some bosses stunlocked until they die. This makes the heavy attack completely pointless due to it being slower and usually leaving you open to attacks from enemies. 4 skills can also be set per character, but most of them are either too weak or slow to be of any use. Without any reason to do anything beyond mashing one button, Crystar quickly becomes incredibly boring. There is a tear gauge that fills up as you attack enemies or are hit yourself, yet even the guardian mode that you can use once it’s full just gives you more of a reason to use the light attack combo over anything else.

Mirroring the lack of complexity in the battle system is a lack of content in general. Throughout the entire game, you be running into recolours of the same tiny pool of enemies. There are at least 5 versions of each regular enemy, and many of the boss fights just use regular enemy models with a different skin. None of these enemies are interesting to fight, and halfway through the game we just started to run past all unnecessary fights. Between the lacklustre storytelling and boring combat, it becomes harder and harder to care about whatever is currently happening in the game.

The only area that manages to impress, even with some major issues, is Crystar’s presentation. Every 2D element of the game’s UI is distinctive and the character artwork shows much more emotion than the lifeless 3d models. In fact, most of the cutscenes would look better if they had only used the 2D portraits, since the character models will often not represent what is actually supposed to be happening. Environments are also weak compared to the 2D artwork, though at first they don’t look too bad. The platforms and buildings dotted around look simplistic, but they get the job done and add to the otherworldly feel of Purgatory. However, after a few chapters the amount of asset reuse stops most areas from having any real identity. You see the same floor designs, the same enemies and the same few bosses constantly, the surprisingly memorable music being the only worthwhile change between areas. 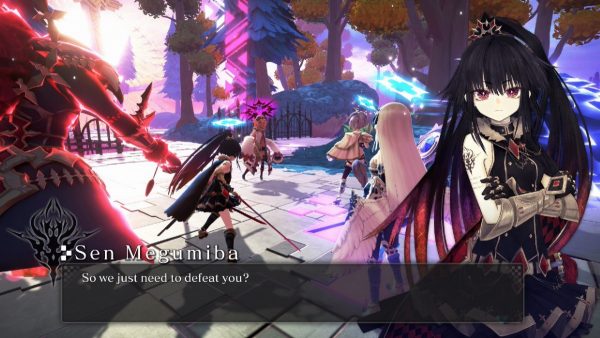 In many ways Crystar reminds us of Oninaki, another recent release. Both deal with another world where the souls of the dead appear, and both have disappointing stories and uninteresting action gameplay. While there are hints at what could have been, in reality Crystar is a chore to play with no real reward for sticking with it until the end.

A copy of the game was provided by Numskull Games for review purposes. A physical version is also available for PS4 release of Crystar.