For every successful Kickstarter release like Undertale or Shovel Knight, there are dozens or unfinished or underwhelming games that leave backers disappointed. After 4 years and a lengthy delay, the final release of Children of Morta is here, delivering a decent roguelite experience that is held back by a lack of content. 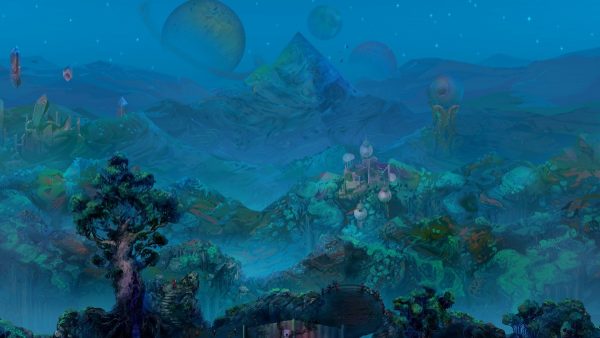 When you think of roguelites, there’s usually a few key features that are common between each game in the genre. Most have little in the way of a story, and the focus is instead on high re-playability through randomisation and persistent unlocks for future playthroughs. Children of Morta bucks this trend, placing a larger emphasis on its characters as they fight against the corruption that is taking over the land. While you’ll still be spending most of your time dungeon crawling and fighting enemies, Children of Morta puts a noticeable amount of effort into trying to create a realistic family of characters.

The story revolves around the Bergson family, who have been tasked with protecting the mountain Morta for many generations. One day the land starts to become corrupted, causing the local wildlife to die and the surrounding areas to waste away. They discover that, by freeing the 3 guardian spirits that look over the world, there may be a way to halt the corruption for good. When not trying to save the land, they must contend with more mundane affairs like preparing for the upcoming birth of a new family member and the bonds between parent and child. Children of Morta delivers these stories through a combination of scripted events and more random smaller scenes, to mixed results.

While there is a bigger focus on telling a story compared to many roguelites, the main storyline falls flat due to a bland villain and a couple of weak attempts to raise the stakes partway through the game. By the end, it felt like the ‘saving the world’ part of the story had little in the way of depth or a true reason to care about the world. Most of the more memorable scenes instead involve the interactions between each family member, as they go about their daily lives even as the world slowly becomes more corrupted. Young Kevin’s attempts to prove himself lead to him being trained by his father to fight the corruption, and Uncle Ben tries to deal with his past troubles. These moments are sprinkled throughout the game and add some much-needed personality to the family, though it would have been nice if most of their backstories weren’t confined to long text entries rather than being shown during the story. The ever-present narrator also helps make even the least enjoyable story scenes more tolerable, delivering each line with emotion. 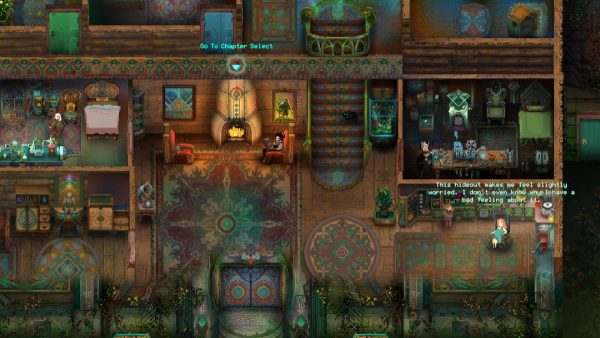 Once you’re ready to search for one of the spirits, you have to choose a family member (or two in co-op) to adventure out into the world. Each character, of which there are a total of 6 playable, has their own unique set of skills and in turn their own playstyle. John, the father of the family, can use his shield to block attacks, while Kevin can attack progressively faster with his daggers. You’re incentivised to play multiple family members through bonuses unlocked by levelling each character, and it’s easy to keep everyone’s levels close with how generous experience is later on. However, a few flaws with the combat make playing certain family members less enjoyable than others.

No matter who you’re playing you’ll be able to use a basic attack and a dodge move, though these vary wildly between each character. John is rather slow to balance out his access to a shield, while the bow wielding Linda can run much faster to distance herself from enemies. Most family members also only have a couple of extra skills that they can use, meaning that it’s easy to pick any character and play without having to worry about a complicated list of abilities. It does make the base gameplay a little simplistic, but it’s still fun to fight through enemies as you explore each area. After a few dungeon runs, you’ll unlock runes that can give extra effects to your abilities like making your regular attack deal poison or fire damage. Furthermore, if you level a character high enough their runes can also be used on other family members, leading to some weird skill combinations. Runes don’t change up how you play too dramatically, but they do add some more variety to each character.

Problems arise when it comes to how certain characters are designed. John’s shield is meant to make up for his lack of mobility, but there are still many attacks that can damage him even when blocking. One character also has to stand still to attacks, meaning that it is incredibly easy to die if you’re unlucky with enemy spawns, and the areas where you’re forced to fight multiple waves of enemies just end up with you kiting enemies around the arena waiting for your mana to replenish. One of the last family members you unlock is also far too slow to be useful, especially with how most fast many of the bosses are.

For this review we’ve been comparing the game to other roguelites, but Children of Morta’s focus on its story and characters causes it to fall behind other popular entries in the genre like The Binding of Isaac and Dead Cells. The number of enemies, areas, unlockable items and environment designs are incredibly low, leaving little in the way of varied levels or interesting items combinations. Like the other aforementioned roguelites, items you pick up in dungeons grant bonuses for that dungeon run only. However, there’s such a small pool of items that you’ll end up running into the same ones repeatedly, and most have boring effects like granting extra health or dodge chance. This also applies to enemies and area designs, as there are only 3 main areas to play through. This leaves you fighting the same enemies in the same environments over and over again. The lack of variety overall, combined with a story that only lasts around 10-15 hours, gives little incentive to keep playing after the credits roll. It would have made more sense to have set areas with the small amount of content there is here, since there’s nowhere near enough here to keep each run feeling unique after the first few attempts. 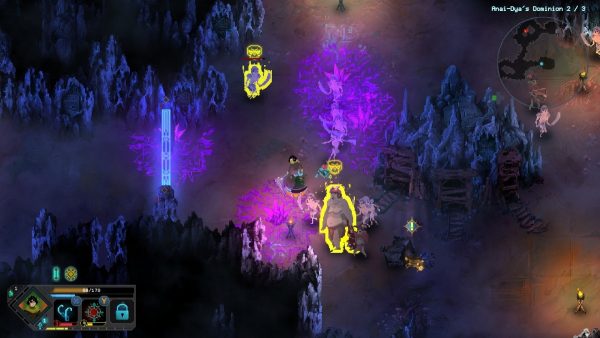 Even the beautiful visuals work against Children of Morta at times. Each character is lovingly animated and the sprite work has a lot of charm, but it can often make actually playing the game more frustrating. It’s often hard to see how much range an enemy’s attack actually has, making melee characters less viable since you’ll often take damage even if it looks like you’re safe. On the other hand, ranged characters have to deal with walls that can sometimes block projectiles even if they’re not actually in the way. This can also work in your favour though, with one enemy type’s walls often not blocking attacks when they really should.

Children of Morta doesn’t manage to deliver an engaging storyline for its short playtime, but the smaller interactions between the Bergson family have a lot of charm. The eye-catching sprites are also both a blessing and a curse, making the game more visually appealing at the cost of gameplay. This is far from a terrible game, and may be a good entry point for those who are new to roguelites, but without some meaningful updates Children of Morta just ends up being OK in a genre that already has far more impressive games.