Granblue Fantasy is a very popular RPG mobile game in Japan and it’s also looking to try and create a market overseas. While the app itself isn’t available outside Japan — not officially, at least — the game can be played fully translated via a web browser version. Because of this odd peculiarity, many people may be missing out on it. Cygames (the developers of the series) want to try to let the series be known thanks to other projects, and the first of those is a 2D fighting game made in collaboration with Arc System Works — which have proven time and time again to be one of the best companies in this genre. Granblue Fantasy Versus was already out in Japan in February, while it took the beginning of March for it to be released in the US and finally the end of the same month for the Europeans. 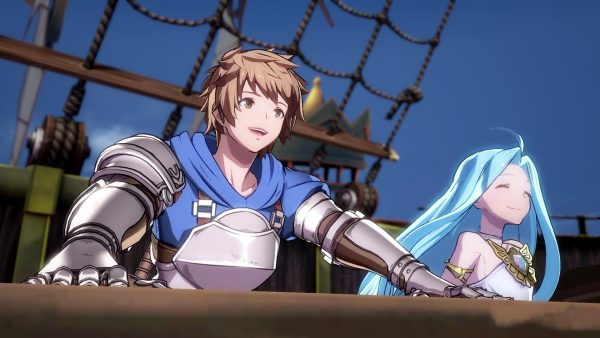 Arc System Works has been applying the gameplay formula of “easy to play, hard to master” to most fighting games they’ve made so far, and this applies true to Granblue Fantasy Versus as well. Inputting special moves is extremely easy: simply use R1 either alone or with either up, left or right to perform one of the special moves of the character you picked, with slightly different variants holding together either the triangle or circle button. Once the move is fully charged, you can perform it again. You also have access to the Skybound Arts once your bar reaches 100%, which can be devastating blows and are perfect as a finisher; to access the even more devastating Super Skybound Arts, your health bar needs to be at 30% or lower. While the roster isn’t that big, every character manages to feel unique and offers a different gameplay style than the others. 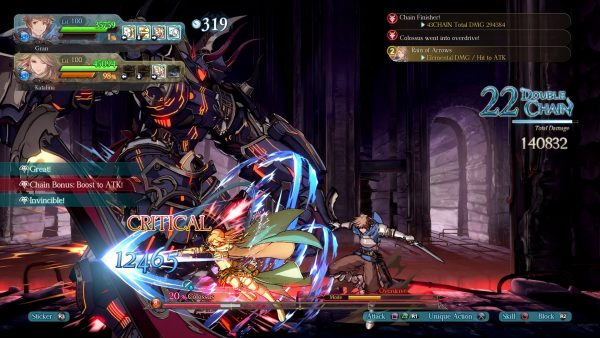 The RPG Mode is the “Story Mode” of Granblue Fantasy Versus, which tries to replicate certain elements of the main game and apply them in a side-scrolling beat ’em up style. This includes inventory management with equippable weapons, levelling up your characters, and bonus skills you can carry to gain an edge in battle. They even managed to re-implement the gacha system to unlock weapons and skins, but no real money or crystals are needed this time, just tickets you can gain by completing missions. It’s obviously much more simplified than the real thing, but it also shows how much the developers have tried to keep the feeling of the series in a different gameplay style. Unfortunately, the story that came along with it has proven to be a bit disappointing: all of it is just an excuse to let you fight the members of the cast, but it doesn’t manage to be compelling enough for people that aren’t knowledgeable about the game world to suddenly care. It also feels a bit too easy to complete; the only real challenge we had was during the final boss fight, but even then it only took one retry and the right skills to get it right and wipe the floor with him. You unlock hard mode afterwards which is definitely way more challenging, but we’d have liked a more refined difficulty selection rather than waiting to unlock the same levels but harder. One thing to note is that the RPG mode can (almost) be played entirely in co-op, with either a CPU buddy or a real one to help you, locally or via the internet. 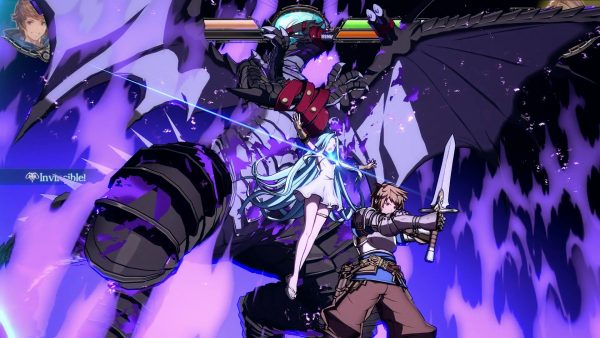 As it usually happens with games made by Arc Systems, the graphics are nothing short of spectacular: the cel-shading is pretty much perfect and brings new life to characters from the main game, especially with the visuals that happen during skybound arts. The soundtrack is also very pleasing, with both completely new songs and remixed versions of existing tracks (a few old ones for certain bosses are left untouched). While it doesn’t have that much content to offer for players interested in a single-player experience, Granblue Fantasy Versus simply feels like a blast to play, and even if you’re not that good with it you can’t help but admire the beautiful artwork and animations going on during the fight. We don’t know how much Versus will contribute into growing the GBF player base (I’m not gonna lie, it worked with me), but it’s definitely going to make players more aware of the existence of this IP. The future can only be brighter going forward.