Diablo III’s botched launch back in 2012 lead to many great ARPG releases. Path of Exile, Torchlight 2, The Incredible Adventures of Van Helsing. Even if Blizzard had dropped the ball with one of their flagship franchises, within a year fans of the genre had more than enough choice elsewhere. As the release of Diablo IV slowly creeps up on us, does Wolcen: Lords of Mayhem offer up enough to entice players away from already established ARPGs? Over a month after the full release, the answer to this question is looking more and more negative

After creating your protagonist though a basic character creator, you’re introduced to Wolcen‘s story. As Purifiers, you ,your childhood friends and your mentor all participate in a war against the supernatural. You’re taking part in a skirmish near the city of Stormfall when things naturally go wrong. Otherworldly beings are summoned which quickly overwhelm your army, you’re separated from your friends and, to top it all off, it seems like you’ve gained some supernatural powers of your own. It’s a cinematic opening, especially for a genre that typically focuses on solely gameplay. At first this seems like it could be a good thing as a change of pace compared to Wolcen‘s peers. Yet, after a few hours I had little motivation to keep following along with the plot.

There are a few reasons for this. The first is that most voice acting is only passable at best, with much of it being downright poor. There are some standout characters when it comes to VA, though this only makes the bad lines sound even worse. Furthermore, the story itself is an absolute mess of barely developed characters, factions and motivations. So much information is dumped on you at the start that doesn’t matter in the long run, people and groups that will never be mentioned again. Wolcen takes itself incredibly seriously, and it just doesn’t work at all when the world building is so sparse. As the final nail in the coffin for the game’s story, it ends in such an anticlimactic way that it almost made us not try the endgame content. Even if more acts are added later on, there’s little chance of salvaging this plot. 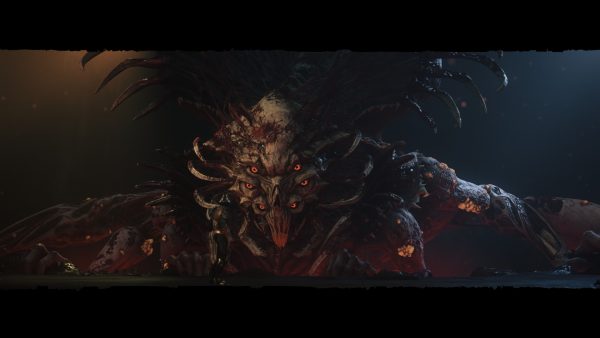 As an ARPG, all these shortcomings in regards to the story wouldn’t be a big deal if the gameplay was at least solid. The basics are here at least, with typical mouse movement and a hotbar for abilities and potions. Combat is also fairly standard, if a little slower than what you might be used to in other ARPGs. There are also no randomly generated areas, which is an unusual choice that doesn’t end up helping at all by endgame. On the whole though, there’s nothing too special about the basic gameplay. When it works Wolcen can be fun, as you mow down hordes of enemies. It’s when things aren’t working what frustration starts to set in.

Most of Wolcen’s issues are tied to one of two things; either something is bugged, or the servers are acting up. The latter is something that has gotten better over time. At launch, the servers were being overloaded constantly, resulting in noticeable lag and disconnects. It’s still not completely fixed — skills can often feel delayed or not work at all  — but in the game’s current state, you’re unlikely to be disconnected while playing. It’s worth mentioning that, unlike Diablo III and Path of Exile, you can play offline, removing any chances of the servers ruining gameplay. This is a nice option to have, though you can’t transfer an offline character to online mode, limiting you to singleplayer only. 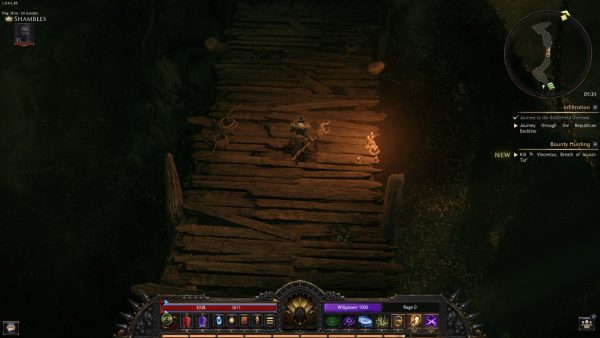 Bugs on the other hand are a frequent annoyance, and they’re still a problem even after multiple patches. From game crashes to passive abilities that don’t work at all, it’s safe to say that Wolcen wasn’t quite ready for its full launch. In fact it’s so bad that the developers have halted plans for new content until the game is in a less buggy state. More than anything else, this is the reason why you should hold off buying Wolcen for now. There’s no guarantee that it will be fixed after a few months, and while we wait there wont be anything new for players to work towards.

If the bugs are worked on, server issues fully fixed, and new content is added to flesh out the lacklustre story, maybe then Wolcen will be worth playing. There are some good ideas here, behind all the bugs and server problems. The main selling point over other ARPGs is the skill and passive system, that allows for potentially interesting builds. Skills can be mixed and matched once acquired, only being tied to weapons rather than classes. In fact, there are no classes at all, with the “Gate of Fates” system being used to determine your build. It’s a wide web of nodes in a similar fashion to Path of Exile, giving you bonuses to stats and important passive skills. Aside from being able to spend skill points on these passives, the Gate of Fates is made up of multiple rings that can be rotated to change its layout. It’s a cool system that might give Wolcen the edge it needs, once some skills are fixed or improved. 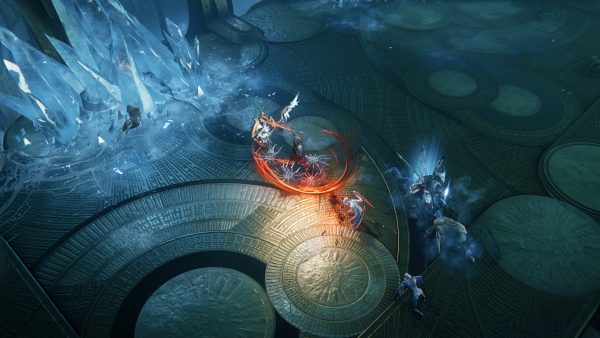 Wolcen: Lords of Mayhem is an average ARPG that is held back by its many launch issues. Until the months of bug fixes and quality of life improvements are over, there’s no real reason to try this out. The promise of potential content updates in the future is promising, and could potentially make this into an ARPG worth playing. Until then though, there’s always another season of Path of Exile or Diablo III to complete.