Management games are a difficult genre to tackle on: you usually need to have a bit of experience with the subject you’re going to managing and even then, they’re not for everyone. Today we’re going to talk about the Hockey simulators, “like Football Manager, but with Hockey players”. Well, not exactly like Football Manager, but that’s the idea behind it. So which game should you choose to start your hockey managing experience? We picked two of them: Franchise Hockey Manager 6 and Hockey Manager 2020. One acts more like a simulator, while the other is more laid back: we’ll try to help you find out which one is more suited for you. 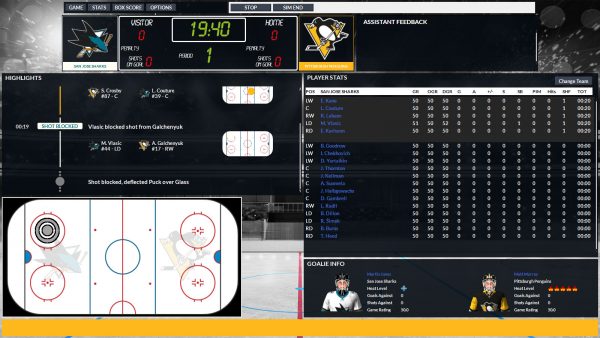 First off, let’s be clear that neither of these games actually show you what will happen during the matches visually, only via text. This may be a bit of a disappointing news, especially for Franchise Hockey Manager 6, which focuses a lot on the more realistic aspects of managing a team, and the influence from Football Manager is quite noticable. You’ll need to build up chemistry between players, put together the best team possible and improve it however you can. It also allows you to play with historical coaches and teams. So if you’re a big fan of the sport, this is probably the game we’d recommend you to get. If you are completely unfamiliar with the genre, the game unfortunately doesn’t make a very good job of familiarizing you with the UI. You’ll likely get stuck in the menus, unable to figure out how to even play the game and how to get truly started. But if you’re a fan and want more control, you’ll likely enjoy this one a lot. It doesn’t quite come to the levels of Football Manager yet, but it’s probably as good as it may get. It also has the official NHL license, which is a big plus to consider. This chapter has also added a fan tracking system and focuses more on matches against rivals, which will completely change how the game will end and how it will affect your supporters. 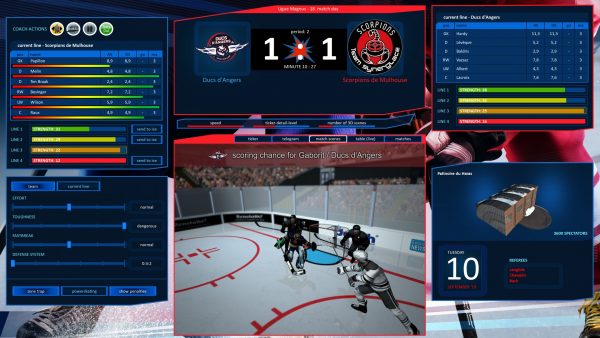 Hockey Manager 2020 is instead the “casual” alternative, more relaxing and that definitely doesn’t try to take itself seriously. There’s a lot more leagues and teams to choose from, but no official licenses. While the important managing game features are still there (pick the best team, sell players etc), it’s definitely less deep than FHM6. To give you an idea of how HM2020 doesn’t take itself that seriously, your player can also date random ladies while managing the team at the same time. You won’t have many interruptions while playing this game, and you can easily play consecutive matches in an hour without worrying too much. Hockey Manager 2020 is definitely for the less experienced players, who just want to sit back, relax and have a bit of fun without complicating things too much. It feels more like an arcade game than a true simulator, but there’s still fun to be had – especially if you’re completely unfamiliar with the subject of Hockey in the first place. 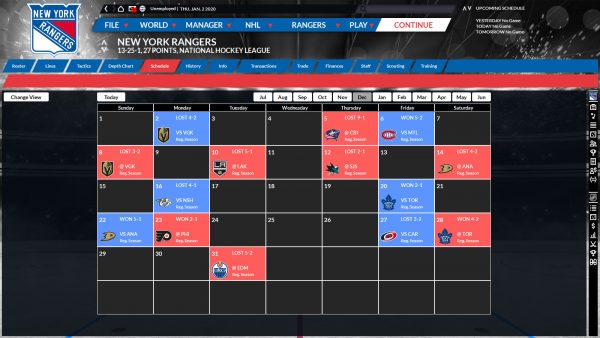 I’m personally almost completely unfamiliar with hockey as a whole, so it was definitely an interesting experience to try these two out. To figure out which game you should consider playing, you should ask yourself these simple questions: “Am I familiar with hockey?” and “Am I experienced with management games?” If the answer to at least one of those two question is yes, then you should consider grabbing Franchise Hockey Manager 6 and be prepared for the deeper experienced. If you answered no to both of those, then your best choice would probably be Hockey Manager 2020, where you can just relax with a less serious experience. Whatever you end up choosing, we hope you’ll have fun with these simulators! 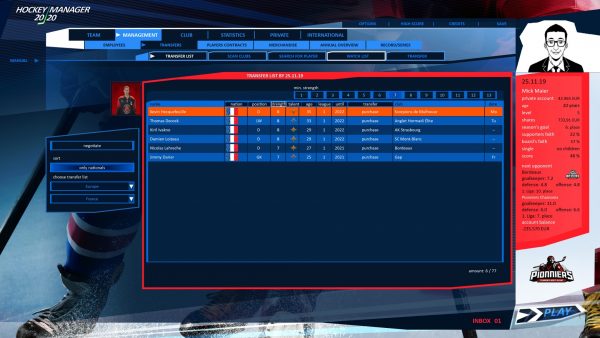 We’re also offering our readers the chance to win a Steam code for Hockey Manager 2020! All you have to do is to simply send an email to win@xtgamer.de and tell us your favourite moment in Hockey. If you win, we’ll be sure to email you one code for you to enjoy! Giveaway ends Tuesday, March 25th 12:00 Central European Time. We’ll store your email and email address for the duration of the giveaway. You’re not guaranteed to win by entering. We reserve the right to end this competition at any point in time. 1 entry per person.