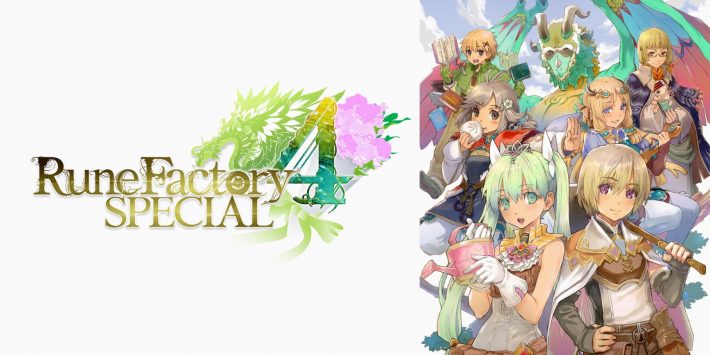 When the original company behind the Rune Factory games closed, the future of the series was uncertain. Thankfully, it seems like this Story of Seasons spin-off has managed to survive, leading to a port of the fourth handheld entry. Rune Factory 4 Special may be a fairly simple port in the end, but at its core this is still a fantastic farming RPG that shows why the series deserves to live on.

In Rune Factory 4 Special, you take control of a young boy or girl who ends up with amnesia after being attacked and falling off an airship on the way to the town of Selphia. Waking up in said town, your character is given a place to stay by Ventuswill, a dragon that protects Selphia and its inhabitants. It’s assumed that you are the member of royalty who was supposed to visit, leading to you taking on their intended royal duties. Naturally, as you complete tasks and explore more of the world, your original reasons for visiting the town are revealed, along with mysteries surrounding Ventuswill and the other residents of Selphia.

The story is never overly complex, and it exists more to gate off new content early on. It’s not awful, just rather simplistic and never the main focus most of the time. Instead, you’ll be spending more time talking to each character as you wander around town, or viewing events that show up every now and then. Unlike most Story of Seasons titles, the residents of Selphia have a good amount of dialogue, and it’ll take a while to see all of it. Most of the cast, whether they’re a marriage candidate or not, is interesting, or at least has a unique quirk. It’s not the largest cast you’ll see in an RPG, not that this is a bad thing. We’d rather have a relatively small cast of likeable characters, instead of a huge amount of characters than have nothing going for them. 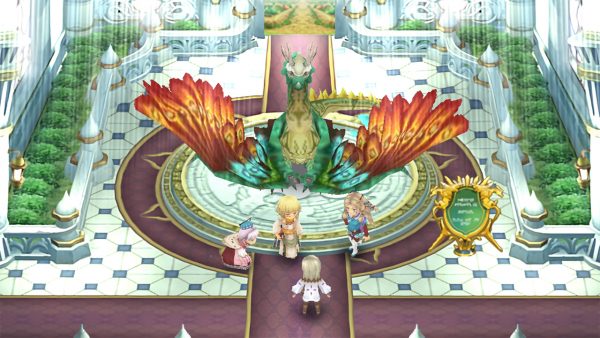 Even if the story is simplistic, Rune Factory 4 Special will likely be overwhelming initially, especially if you’re used to more linear games. There’s a lot to do from the start, and you’re usually free to chase whatever goals you please. The main influence Story of Seasons has is the farm that you’re given early on. Here you can plant crops, sell items and raise monsters for their produce. Grasping the basics of farming is easy enough, as all you need to do is plant seeds and water them every day. This’ll be enough to keep earning money as long as you pay attention to what seeds are in season. However, more avid farmers can manage the quality and levels of the farm’s soil, using grown produce to produce better seeds than can lead to greater rewards. For something that is only one part of the game, farming on its own already has a good amount of complexity.

Another major part of the game is exploring outside Selphia, usually to gather materials, level up, or conquer dungeons to progress the story. You’ll be leaving town often, as you’ll always be in need of new items, and you’ll likely have to fight a few monsters along the way. Combat is another easy to understand part of Rune Factory 4 Special, with each weapon type only starting with a simple one-button combo to start with. Bosses have their own attack patterns, but they can still be defeated fairly easily with little strategy early on. Levelling your proficiency with a weapon will eventually unlock new moves at least.

Levelling is an integral part of the Rune Factory series, as most actions have some sort of level tied to them. Mining, running, even sleeping can be levelled up, giving you extra stat increases outside of the regular levels you gain by defeating enemies. Everything you do will improve your character, and it always feels like you’re improving your character. There’s always a task that you can work towards, be it a new cooking tool or an upgrade to the farm. This all feeds into a satisfying gameplay loop as you keep levelling up your skills further. You can create better equipment and tools which help you unlock new items, which in turn let you craft even more. 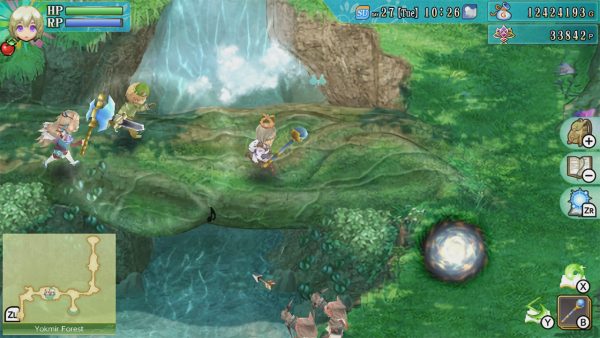 For fans of the series, or even just the original Rune Factory 4, none of this is new. The problem is that little has changed when it comes to this version of the game. There are a number of short stories available through the ‘Another Episode’ option in the main menu, though these barely amount to a few hours of additional content. The other new addition to the main menu, newlywed mode, does at least have more meat to it. After marrying one of the 8 available love interests (4 for each gender), a post-marriage scenario will be unlocked for them. These are a bit longer and can be charming, but again they’re still nothing substantial and are separate from the main game.

A bigger problem with this port is that most of the visuals have remained unchanged even with the increase in resolution. Character models are basic and lack any facial expressions, and many sprites look downright ugly even in handheld mode. Selphia doesn’t look too bad thanks to the prerendered sprites used for backgrounds, though these are still rather low resolution. Rune Factory 4 was already a game that didn’t push the 3DS’ hardware, so being able to play the game on a bigger screen here does it no favours. 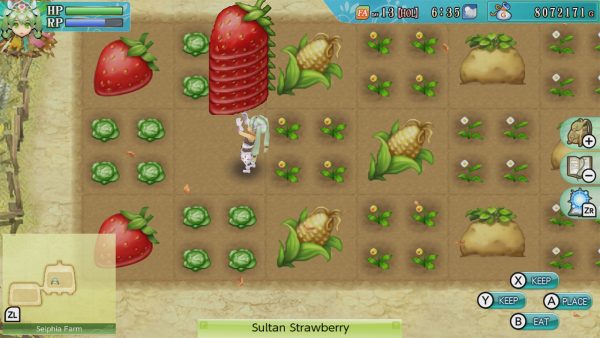 It was a pleasure to go back to Rune Factory 4, despite the lack of new features or graphical improvements in Special. This might not be worth picking up if you’ve already played the original to death, especially if the romance side of the game didn’t interest you at all. However, anyone looking for a solid game to spend many hours on will find a lot to love here.