Are you a casual player, or someone who looks for a more in-depth experience? To get you started, we’ll be doing a quick comparison of the two managers.

The market for Football managing games has always been dominated by… well, SEGA’s Football Manager. And we’re currently on the 2020 edition of it (like its cousins FIFA and PES, it is also an annual series). As the title implies, this series truly puts you into control of the team of your choice, and has always provided the most realistic simulation it could offer. There are plenty of options for the casual players to approach it too: not only are there several management factors that you can delegate to your staff, leaving you in control of the only things that truly matter for your enjoyment, but there’s also a beginner friendly Touch version (which is also available on Nintendo Switch). On the other hand, there’s New Star Manager, which instead offers a more arcade-ish experience of being a coach, functioning also as a card game of sorts. Imagine a hybrid between FIFA Ultimate Team and Football Manager itself: New Star Manager is probably the closest thing to that which you can get. 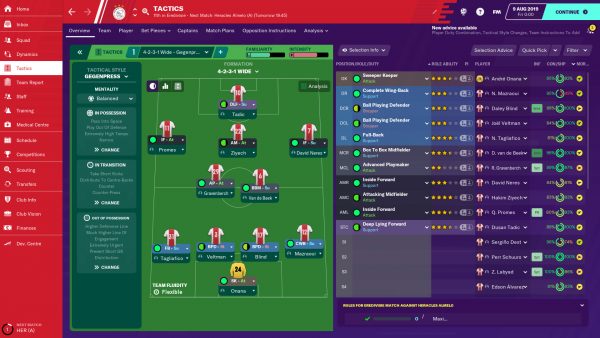 The biggest difference between the two is obviously the depth in realism. While Football Manager offers an incredible database of football players, which has also recently been used by big real-life football teams, all of the New Star Manager players are completely original. The clubs themselves are meant to resemble the official ones, while obviously being renamed due to licensing issues, but overall, it’s like you’re playing in a fantasy league that doesn’t exist in real life. Even the colours of the clubs sometimes don’t match and the team you’re controlling is completely made up. It’s noteworthy that Football Manager offers also the option of starting from scratch with a completely new team, though that’s a setting we’d recommend only for the truly expert players. 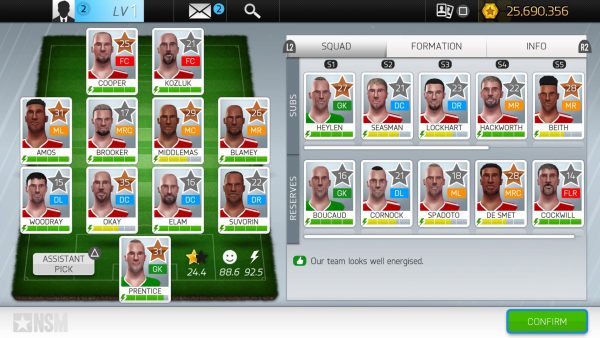 The other difference is the way that matches are played. Football Manager, as always, doesn’t let you control the players and play the match yourself, only allowing you to watch the highlights and allowing you to make adjustments, give instructions, and to motivate your players. As in real life, the coach does not take part in the matches, he merely observes and guides his pupils to victory. With New Star Manager you’ll only be able to play the highlights of your team. That’s right, we said play, not watch. That’s how New Star Manager works. If the opposing team manages to score a goal, you won’t get to see how that happened, it just happens and there’s nothing you can do about it. When it’s your turn on having a highlight, you’ll instead get the chance to coordinate your players to score the goal yourself. If the opposing players throw the ball out of bounds or they reach your half of the playing field, then that’s too bad: you missed the chance of scoring and the highlight ends. You’ll have a chance to repeat one of them only once per match and, if you don’t use it, you’ll get more experience once the match is over. 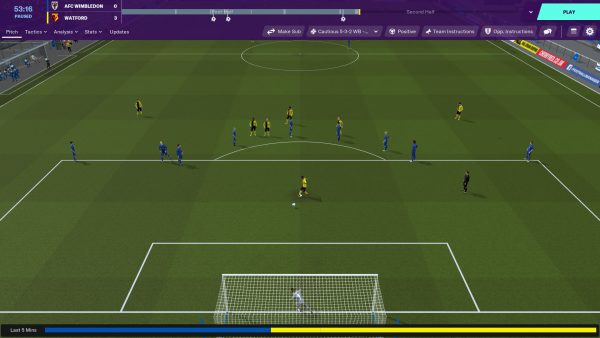 In Football Manager, you’ll need to choose your words very carefully and try not to make your charismatic players angry. Choosing your words and planning every action is crucial. On the other hand, in New Star Manager you’ll simply be able to fix these problems with the use of cards. There’s a card for everything: fix their mood, add more matches to their contract, energy drinks to put them into good form, therapy ones for when they’re injured, and ability ones to improve their skills. You’ll also randomly be able to get players for free, simply by leveling up your coaching level via booster packs. When you need to buy a new player, Football Manager has you negotiate with the team and then the agent of the star you’re trying to get. Even after all that, it’s not entirely sure if you managed to strike a deal or not, as another team can pass by, offer more, and snatch him away. In New Star Manager you won’t have to worry about that. The price you see is what you’ll pay to have him and that’s it. You’ll still be able to negotiate while playing a gambling game (simply guess if the number next to the one you see will be higher or lower). If it succeeds, you’ll be able to buy the player at a cheaper price, while failing will increase it instead. 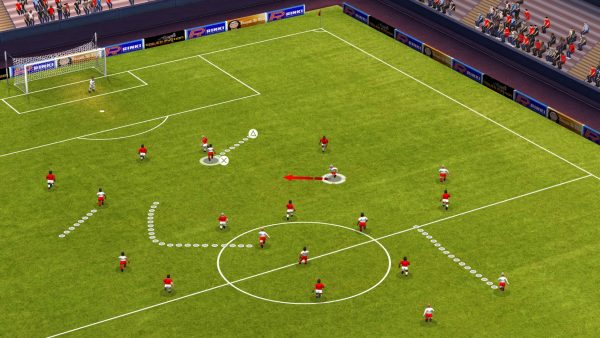 Overall, our verdict is simple: if you’re just looking for a fun time, and are an avid FIFA/PES player, New Star Manager may be your cup of tea. It ended up being surprisingly fun for how simple the game actually is. However, the obviously superior football managing experience is always Football Manager 2020. While it doesn’t differ a lot from its previous entries, it doesn’t really need to, and the game received some quality of life improvements where needed. After all, don’t fix what’s not broken is what I always say.