Football Manager 2021 Xbox Edition has been recently included with the Game Pass subscription: with the current season ending, now it’s the time to try it out.

The football season is almost over and our current pandemic has probably made it less enjoyable to watch this year: thankfully games like Football Manager 2021 Xbox Edition are always able to make up for it, letting us have fun even during these times.

As you can probably tell by the title, this is a different version from the standard Football Manager that we’re used to: this one is based on the Touch edition, available on smartphones and Nintendo Switch, but slightly modified to make it work on Xbox Series X|S and Xbox One.

Both this and the full version, which still remains exclusive to the PC, have been recently made available to Xbox Game Pass, so it’s been the right opportunity for me and for lots of other players to try out the latest managerial simulation, especially now that the season is about to end.

Being based on the Touch version, it’s clear from the start that Football Manager 2021 Xbox Edition only focuses on the most important factors of what makes the series fun, making it more accessible for everyone: the result is that it’s still a great and fun game, but also easy to access for first-timers. 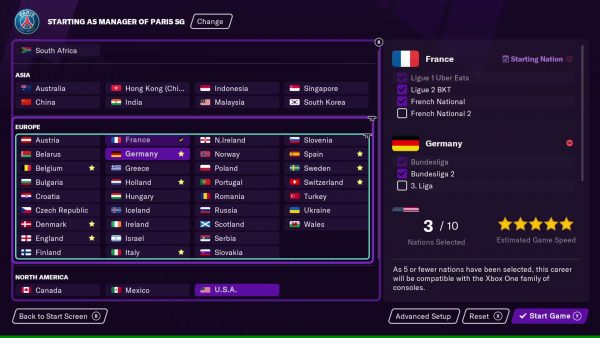 That is, once you figure out how to actually move past the title screen: unfortunately the controls aren’t exactly as intuitive as you’d think and you cannot even get into the game until you can figure out how to trigger the mouse cursor and click the accept button.

In general, I’d say that’s the only real downside of this experience, at least if you actually play on Xbox — this edition is also available on PC — since it’s clear that the controls weren’t exactly programmed in the best way.

It’s obviously a necessary compromise to make the game actually work on a next-gen console, which will definitely some getting used to.

Once you actually figure out how to play the game, Football Manager 2021 Xbox Edition is pretty much what you’d expect from a FM game: building up a carreer starting from a lower team to get to the top is always incredibly satisfying. 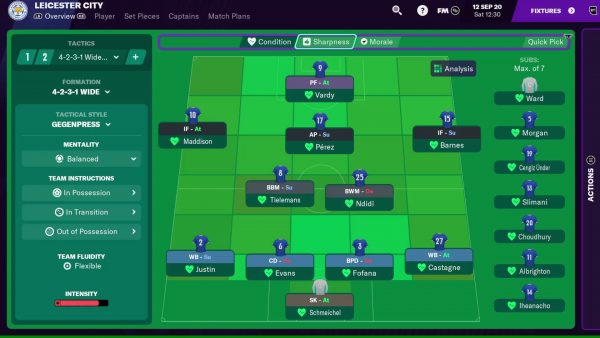 Having tried the «full» version too before deciding to stick with the Xbox, as personally I’ve always found more convenient to play on consoles even with a good PC, I can say that the differences aren’t that many either.

The most notable ones are that handling the players in general is obviously made easier, as they had to get rid of a few features like motivating them just before a match starts, but you’re still able to give them instructions during the game.

I’ve also noticed that the teams you sign up for are also more lenient towards you and give you more freedom to act as you see fit, whereas in the full experience they tend to give you more specific requirements, such as trying to only buy players from a different nation, just to name one.

Unfortunately, player injuries still seem to be a big problem: fans of the series know that they tend to become unavailable quite often and it’s something that, in my opinion, has become even more apparent in this game. 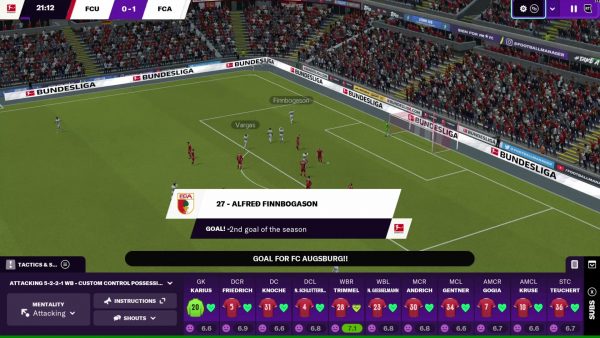 I did 6 full seasons before finishing this article and in at least 2 of them I’ve had to rely on my substitutes to carry me for the rest of the season, as important players would randomly hurt themselves right before a big match started and stay away for weeks or months.

It also seems an obvious thing to say, but if you want a challenge I’d suggesto to try sticking to lower teams: after several successful seasons with Chievo Verona first and Eintracht Frankfurt later, I was scouted by Real Madrid and, even if it clearly needed my intervention since there weren’t that many good players left, I didn’t end up losing a single game.

Obviously the player has pretty much the freedom to play however they see fit, but it seems clear that the game was studied and balanced thinking about users controlling smaller teams.

One thing that is important to mention is that next-gen doesn’t just help having quicker load times, which are a must for any Football Manager Fan, but playing on Xbox Series X (or Series S, as I did) allows you to also select more championships being loaded simultaneously into your game to play with, as the next-gen SSD actually allows this game to be bigger. 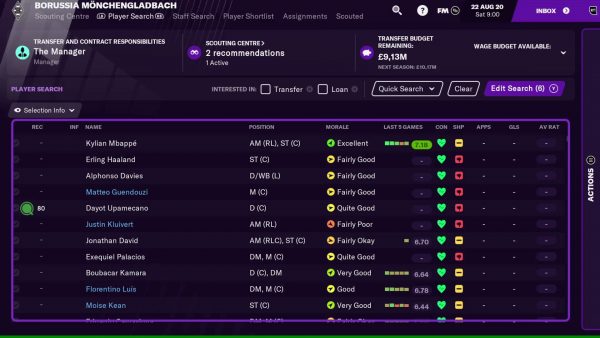 In conclusion, Football Manager 2021 Xbox Edition, despite its controls which we all hope will be reworked in the next installment, has been a pleasant surprise that proves that this game can fit quite well on a console too.

We lose the ability to mod it and add real life names, logos, kits and player faces ourselves, of course, but ignoring all that it’s still a great and fun experience. And, in the right conditions, it also proved to be incredibly relaxing.

If you’ve never played a Football Manager game before and have also access to a Xbox Game Pass subscription, we definitely recommend you start checking out the Xbox Edition, which will let you feel like a true club manager without it being too much frustrating to play with.

Just get used to having to use a controller instead of a mouse, and you should be good to go.