Most people with even a slight amount of knowledge about visual novels will likely have heard about Steins;Gate. It was a highly influential release that even managed to have one of the rare good anime adaptions. But if you asked me which game in series tells the best story, without a doubt I would say Chaos;Child.

Before talking about Chaos;Child, it’s worth talking about the visual novel that came before it, Chaos;Head. While there have been many different versions of Chaos;Head, the most important being Chaos;Head Noah due its expanded story, none of them have been released officially in English. Thanks to licencing issues the chances of there being a western release are slim, and this already makes Chaos;Child a harder game to recommend regardless of its own merits. Going into the game with no prior knowledge of the prequel will definitely be a different experience compared to knowing what happens beforehand, and a lot of the story won’t have as much impact. 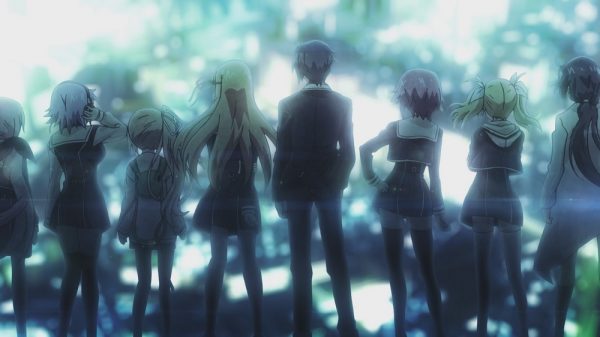 Events at the end of Chaos;Head cause the city of Shibuya to be heavily damaged by an earthquake, affecting the lives of its citizens. Six years on, the children who survived these events are enrolled at Hekiho Academy, including the protagonist Takeru. He’s a rather arrogant person who deems anyone he considers uninformed as “normal” and not worthy of his attention. Takeru discovers that the recent strange murders that have been happening in Shibuya are related to the “New Generation” killings, which also took place in the game’s prequel. He and the members of the Academy’s newspaper club start to investigate these new murders and quickly find themselves caught up in something that is far bigger than they expected.

If you’re familiar with Steins;Gate, a previous entry in the Science Adventure series, you’ll be familiar with how Chaos;Child sets out its story. Early on, there are hints that things are not quite what they seem, but the pacing of the story overall is slow for the first few chapters. This gives you time to get to know each of the main characters, along with giving players unfamiliar with Chaos;Head to at least learn of some of that game’s importance. The writing throughout Chaos;Child is excellent, giving life to the cast and the keeping you engaged with the story. This is also a far longer visual novel than Steins;Gate, clocking in at around 35 or so hours. Some parts of said game could feel a little rushed – something that is especially apparent in Steins;Gate 0 – so the increased time spent building up the story is more than welcome. 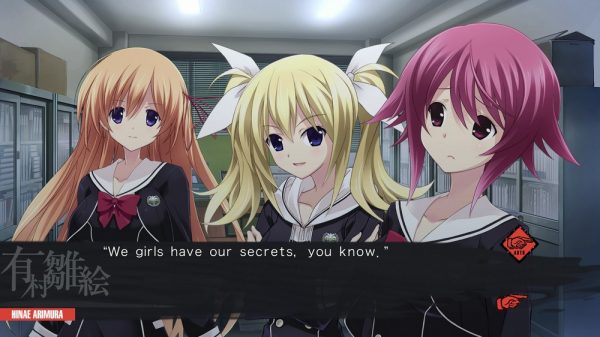 Like most visual novels there are multiple different routes that, aside from the main and true endings, correspond to each of the heroines in the game. Before you can even choose routes though, you have to go through the main ending regardless of the decisions you make during your first playthrough. This makes sense since the main route sets up the story and gives equal screen time to most of the important characters. To actually decide which route you’ll get through, you must choose different delusion triggers at key segments of the story. Instead of acting like dialogue choices in regular visual novels, delusion triggers allow you to change the thoughts of Takeru through either a positive or negative delusion, though these usually rarely affect what is happening in reality.

The delusion trigger system does allow you to get a better feel for what Takeru is like as a character, and can lead to various funny or downright strange scenes, but it makes figuring out how to unlock different routes a pain. In theory you need to use positive delusions during scenes with the character whose route you want to choose, but in practice it ends up being more trial and error. Steins;Gate’s phone trigger system was also vague when it came to conveying how your choices affected the story, but at least that game only had a few choices that actually affected the overall story. It’s a shame since many of the non-main routes are actually just as well written and give a lot of personality to the heroines, but actually unlocking them can be a chore. Ignoring how awkward it is in regards to changing the story, its actually significance to the story is ingenious. With how frequent these delusion triggers are, it can make you question if some of the stranger events in the game are actually real or just another figment of his imagination. 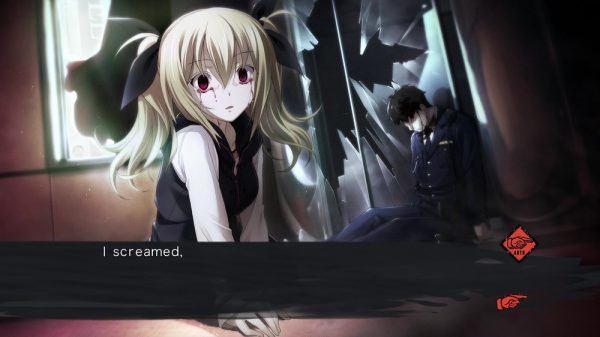 As with last year’s port of Steins;Gate 0, Chaos;Child on PC is nearly exactly the same as the PS4 and Vita versions. Aside from a few resolution options, this is the same game that you may have already played on consoles, including the various issues that were never fixed. This includes a lack of subtitles for certain scenes and the opening movie, along with no translations for certain images with Japanese text. This is still a major issue for one route in the game where you’re required to mark parts of a map, and since none of the map is in English this will likely result in a little trial and error if you don’t want to use a guide.

Chaos;Child is a fantastic visual novel, but it’s not for everyone. The slow pacing of the first few chapters – along with being a sequel to a game that wasn’t even released here – will take some getting used to, especially for those that are new to visuals novels. Those that stick with it though will get to experience a memorable story even with the few missteps along the way.