Etrian Odyssey series is likely the most well-known modern series of dungeon crawlers, having seen many releases since the original game on the DS. This is the last hurrah for the prolific series on a dual-screen system, and they really pulled out all the stops to make this the finest entry yet. 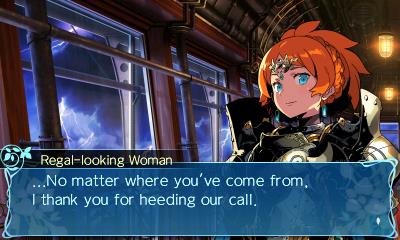 The Etrian Odyssey games usually have their own contained stories, with the occasional reference here and there. This is still the case in Etrian Odyssey Nexus, but the actual setting takes a lot from previous games. Set on the island of Lemuria, adventurers are tasked with finding its hidden treasures by the princess Persephone. Lemuria is home to various labyrinths, and it quickly becomes apparent that many areas closely resemble different parts of the world.

Etrian Odyssey Nexus’ world is actually an amalgamation of games 1 to 4 in the series, with each main town from those games being mentioned here. The area where you’ll start your adventures and return to between dungeon runs is the floating city of Maginia, which also serves as a hub for the adventurers exploring Lemuria. The overall setting is somewhat simplistic, but this is fine since the entire focus of each game is more on exploration and discovery compared to typical RPGs.

After a few short opening scenes, you’re able to start creating your guild and its members. Party setup will be very familiar if this is not your first Etrian Odyssey game, as little has changed over the years. The amount of classes you can pick from however is by far the largest in the series, offering a total of 19 fan-favourite classes. This does make character creation more important than ever, since you have so much choice when it comes to party compositions and class synergy. Subclasses also make a return midway through the main story, allowing access to even more skills and combinations for each party member. There are also quite a varied amount of character portraits, especially if you include the free DLC that adds every single existing portrait to the game. Character portraits can also be mixed and matched between classes, giving you access to hundreds of different options before you’ve even changed a characters colours or voice.

Basic progression has also changed little from previous games. You’ll gear up your party in town, progress as far as possible in a labyrinth, then return to town to sell your spoils and turn in completed quests. This gameplay loop is still incredibly satisfying, and a lot of this satisfaction comes from seeing each floors map being slowly completed. The Etrian Odyssey games have been the only ones to take advantage of the DS’ and 3DS’ dual screens to give you access to map drawing. Being able to create detailed maps and notes for each floor is incredibly helpful, and gives an extra sense of accomplishment once you’ve completed a labyrinth.

The dungeons themselves are also fantastic, taking areas and ideas from the series and reworking them to keep things feeling fresh. From characters to dungeon gimmicks, Etrian Odyssey Nexus will often go out of its way to trick series veterans into thinking they know what’s coming next. That’s not to say newcomers won’t enjoy playing through each area, but this really is a game that is targeting those that have stuck with the series all this time.

Combat is where your class choices are really tested, especially later in the game when Nexus really brings out its toughest opponents. Once again, battles will not seem to different for those that have experience with the series – or DRPGs (dungeon crawling role-playing games) in general – but the new force gauge does require you to think over your class choices even further. Each class has a force boost, that can give helpful effects like attack buffs to a character or their party. Force break on the other hand can easily turn the tide of battle, at the expense of locking off the user’s force gauge until they return to town. For example, Imperials use up a lot of MP for some of their attacks, but their force break allows them to gain a great amount of MP past their usual maximum limit. It’s a great system, giving players more options for each enemy they encounter. 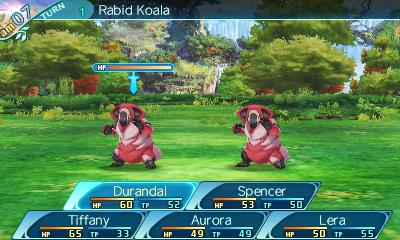 Being a celebration of the series so far, Etrian Odyssey Nexus not only reuses a lot of areas and characters, but music as well. The amount of different labyrinth and battles themes is staggering and it’s great to hear old tracks being remixed here. It would have been nice for there to have been a few more original tracks featured in the game, but this is still a treat for long-time fans of the series. Another area that may be more of a deal-breaker for some is the lack of English voice acting. Overall there aren’t a great amount of scenes that have voice acting during the game, and it’s understandable why a dub may not have been feasible this late into the 3DS’ life-cycle, but it’s still a shame that it isn’t present for what may be the last game in the series.

Etrian Odyssey Nexus is the culmination of years of improvements and additions throughout the series. More than just being a fantastic send-off to the 3DS, it is one of the best DRPGs we’ve ever played.