The Vita has always had a vast library of niche and unique games that suffered due to the system’s lack of popularity. The Caligula Effect was one of these games, though its problems extended far beyond just being on the Vita. Overdose was a chance to not only fix the original game’s many issues, but also expose it to a far wider audience. Unfortunately, this is still an incredibly flawed game and the changes made in this updated release may have done more harm than good. 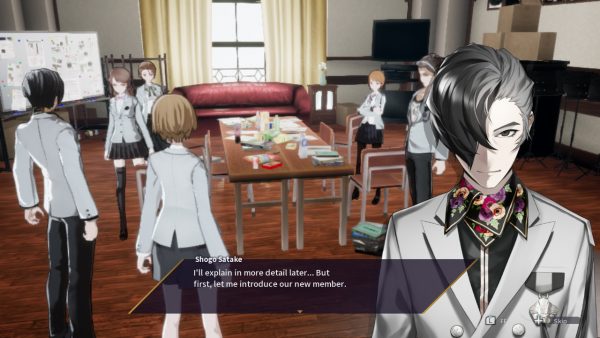 The Caligula Effect: Overdose’s story starts of the same as before, with the main character attending their school’s graduation ceremony. However, this school is actually just part of the virtual world Mobius, where people are stuck repeating the same few years of school with their original memories erased. This fake world was created by the virtual doll – think Vocaloids like Hatsune Miku – Mu in an attempt to free humans from their problems in the real world and uses her songs as a form of brainwashing to stop the students from trying to return. The protagonist ends up teaming up with the Go-Home Club, a group of students who have also found out the truth, and tries to escape from this virtual world.

In theory, the setting for The Caligula Effect: Overdose should allow for some interesting storylines. Each character entered Mobius of their own free will, and have to come to terms with the real life issues they were dealing with. But the way the game handles many of these serious problems can often come off as heavy-handed and the writing is often very inconsistent. One moment characters could be having a serious discussion about how physical appearances don’t change what you’re like on the inside, to suddenly making fun of a character for what they looked like in the real world. It’s hard to really connect with most of the cast because of how they act during the main story, especially when genuine mental health problems are just used as running jokes for most of the game.

Side events are slightly less awful when it comes to handling these issues, but not by much. Character episodes are similar to the social links/confidants from the modern Persona games, giving each character their own set of events. Unlike Persona, these events are often incredibly short and feel like 4-5 scenes stretched out to 9. Some character episodes do a decent job at showing why that character decided to enter Mobius and how they try to work on their faults, but others have very little substance.

Character events are the least of the story’s problems though. Overdose introduces a new set of story events that have you working with the Ostinato Musicians, and these really ruin the pacing of an already flawed story. In these segments you play as the main character’s Musician alter ego Lucid, seemingly undoing all the work done as a member of the Go-Home Club. The constant flipping between both sides makes no sense, and it just feels like you’re accomplishing nothing throughout the entirety of the story. Combining this with the short length of the game – around 20 hours at most including character episodes – leads to a story that just ends up being a waste of time with a quickly rushed conclusion. 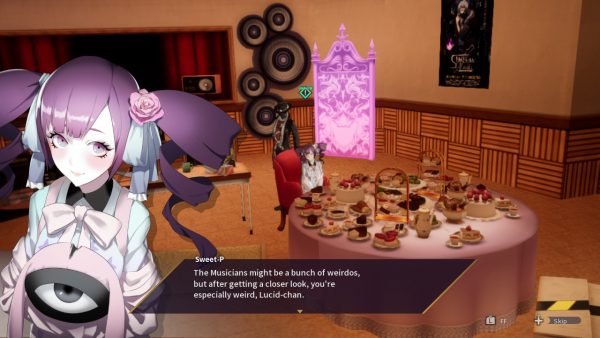 Gameplay is just as bad, slightly tweaking certain systems without doing enough to make exploration and combat actually enjoyable. Each area of the game generally consists of bland corridors that all look the same. Map layouts feel random and with little thought put into them, and it’s hard to stay interested for the hours that you’ll likely spend in each area. There are puzzles occasionally, though non of them are particularly hard and end up being repeated more than necessary.

Battles don’t make things less tedious either, since very little was done to change how they works. The Caligula Effect: Overdose uses a hybrid turn-based and real-time battle system. Character can chain up to three moves at a time, and these will play out in real time. The idea is to interrupt enemy attacks with counters and combo different moves together that have different properties. So you can use a melee counter to launch an enemy into the air, then another party member can attack with a move that does extra damage to airborne enemies. This system sounds complex, but it’s easy to understand after a couple of battles. Understanding how it works doesn’t make it fun though, since battles can take way too long if you actually try to time attacks or set up combos. On normal difficulty and below you don’t even have to plan anything, since enemies (including bosses) will be defeated if you just spam each character’s normal attack. 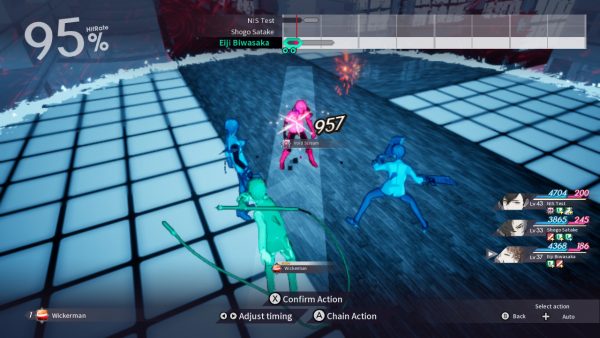 Skill unlocks are also unorthodox thanks to the causality link, a giant web of connections between all the NPCs (non-player-characters) in the game. Regular attack skill can be unlocked with skill points gained during level up, but to unlock passives and other bonuses you need to seek out NPCs and help them in various ways. There are two major problems with this: The first is that actually finding the right NPC can be a huge pain, since you can only call them to you once you’re already friends with them. The second is that there are only a small handful of quests that they give, meaning that you’ll be forced to repeat the same types of objectives over and over again. Most of the rewards don’t even end up being very useful either, but you have to help out certain NPCs before you can unlock others with potentially better skill unlocks. It’s a terrible system that should have been changed in Overdose.

Not even the graphics were updated to an acceptable level, though they do at least look better than the original Vita release. Character models are dull, rarely changing facial expressions and animated incredibly stiffly. Cutscenes lack emotion due to this, and it’s hard to care about what’s happening when characters are just starting blankly at each other most of the time. Battles suffer even more from poor animation, especially the overdose moves which are supposed to be flashy but end up looking goofy. At the very least the 2D artwork is great, always being more expressive than anything the 3D models can deliver. All these problems with the game’s graphics are made far worse by the mediocre Switch port. The framerate is locked to 30 FPS (frames per second) but will often drop when there are a decent amount of NPCs in view or just nearby in certain areas. One area also has textures that would either load in slowly or occasionally not at all until you leave and re-enter. There are also times where the main character would be clipping through the floor during a cutscene, though this seems too be confined to a single set of character episodes. It’s handheld mode where this port really drops the ball though. As with many Switch games handheld mode makes use of variable resolutions to try and keep the framerate stable. But as mentioned earlier, the framerate is already rather poor in docked mode, so naturally the resolution takes a hit most of the time even when little is happening on screen. It gets so bad at times that it can be hard to even see a characters face without having them be right in front of the camera. For how ugly The Caligula Effect: Overdose is, it’s unacceptable just how poorly it runs, even if it is better than the Vita version.

The only saving grace for The Caligula Effect: Overdose is its phenomenal soundtrack, which has only gotten better in this release. Each of the Ostinato Musicians has their own theme song that doubles as an area theme for the place they reside in. Songs transition from instrumental to vocal versions once you enter battle which is a stylish way of transitioning into a battle theme, compared to other JRPGs (Japanese role-playing-games). Overdose also introduces a decent amount of new songs, with Lucid’s theme being the highlight of the entire soundtrack. Some tracks don’t quite match the themes of the area they play in, and hearing one song for an entire dungeon does have the potential to be annoying, but for the most part it’s far more consistent than the rest of the game. 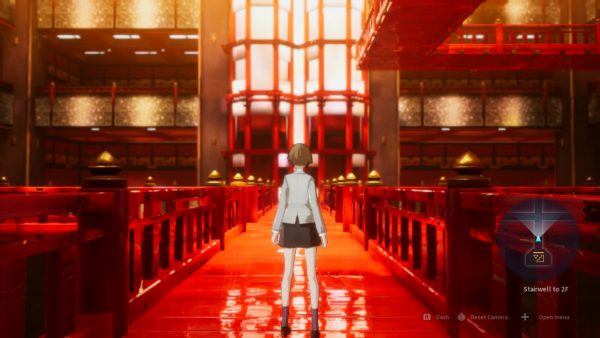 The Caligula Effect: Overdose is a massive disappointment in nearly every way. Many of the changes don’t go far enough to fix what was wrong with the original game, and the story feels even less cohesive due to the poorly implemented new content. This, combined with the poor Switch port, makes it hard to recommend the game to even diehard JRPG fans.