It’s impressive just how big the Fate series is in the west, considering that the original visual novel that started it all hasn’t even received an official English release. Fate/EXTELLA LINK is the latest spin-off to make its way here, and it attempts to fix some of Fate/EXTELLA’s glaring problems with mixed results. 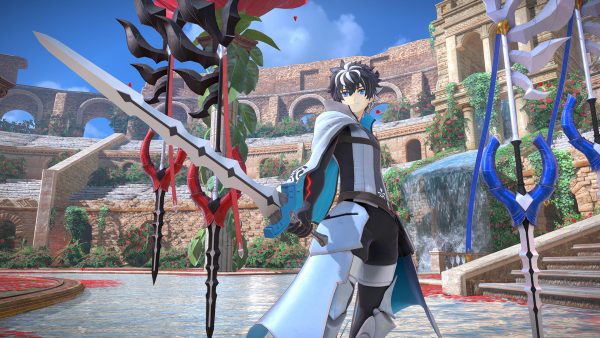 Fate/EXTELLA LINK is a direct sequel to the aforementioned Fate/EXTELLA, which in turn is a sort-of sequel to Fate/Extra. The lead-up to this game is confusing to say the least, and LINK barely even tries to explain the events of its predecessors. The quickest way to explain it is that your character won the Moon Cell’s (essentially a supercomputer on the moon) Holy Grail War, an event that pit wizards against each other to decide who gets to make a wish. Each wizard is the master of a heroic spirit, otherwise known as a servant, a being that is usually based on a famous figure from history, mythology, or literature. After some shenanigans that would take far too long to explain, the main character ends up being the sole wizard on the moon cell after winning the Holy Grail War.

The story for this entry takes place directly after Fate/EXTELLA, where the main character is the last remaining master on SE.RA.PH, the virtual world inside the Moon Cell. A new villain, Rex Magnus, has started corrupting servants and using them to take over SE.RA.PH. Another new character, Charlemagne, saves the last master after they are attacked, and this begins your offensive again Rex and his forces.

It seems that the writers tried to create a story that was the opposite of Fate/EXTELLA’s. Instead of overly long story scenes that don’t go anywhere, most events are short and get to the point. The problem with this is that the story overall has been cut down too much. Making it more focused was a good choice, but everything moves so quickly that characters have little to no development, including Charlemagne himself. Each route ends up being a couple of hours long at most, and even then a lot of information is repeated. Many characters, even some that were introduced in this game, have little to no importance in the story, while some only appear for a couple of stages at most. Altera, who was arguably the most important character in Fate/EXTELLA, rarely even makes an appearance during most of the story which is a waste considering how she was the only decent part of that game’s story.

The way the story is laid out also ends up being far more linear than it would initially seem. Choices made during the story will determine what mission you will go through next, though many of these end up leading to the same route anyway. Furthermore, due to level and unlock requirements you’re pretty much forced to do each route in a certain order. It makes the whole system feel unnecessary, since a longer, more linear mission layout would have done a better job at telling the story without as much repetition. 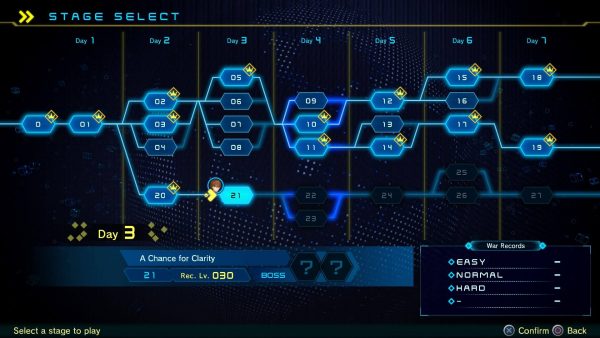 Once you’re actually in battle, things start to become a little more positive. Firstly, everything looks far more detailed than the previous game. It was clear that Fate/EXTELLA has been made with the Vita’s limitations in mind, thanks to some ugly character models and effects. Here characters looks far closer to the consistently stellar sprites used during dialogue, even if some of the female designs still have some comically large eyes. These visual improvements also extend to the environments, with areas featuring water having the most noticeable upgrade. The framerate can be a little inconsistent during busier moments, but the most part this is a consistently smooth game that actually does justice to the many characters from the Fate series.

Gameplay itself has also seen some changes, though the basics are still the same. Each map is divided into sectors, which can be captured to weaken the surrounding area or to complete objectives. Each servant’s moveset is mapped out like a typical Warriors-style game, with combos being simple light attack in heavy attack strings. The extella manoeuvre from the previous game has thankfully been scrapped, instead replaced with moon drive. This mode boosts your servant’s stats for a brief period of time, and enemies killed will fill up a separate Noble Phantasm gauge which is essentially a flashy sector clearing special move. This system is a nice change, since it doesn’t slow down gameplay and is balanced compared to some of the other mechanics introduced in Fate/EXTELLA LINK. 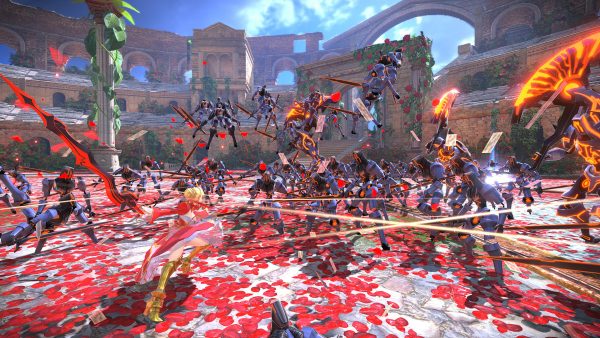 Active skills are another feature that has been added to Fate/EXTELLA LINK to try and add a little more variety to battles. While holding R1, each of the face buttons can be used to unleash an active skill. These range from large area of effect (AOE) attacks to buffs for you and your allies. Each servant has 7 skills that can they can choose from, though not all of them will be unique to just that servant. It’s fun to try out different skills when using a character for the first time, and they do give each servant a more fleshed out moveset, though most of them end up being far too powerful. Instead of spamming extella manoeuvres, you’ll mostly just be using skill over and over again. Again, this is still better than what it was like previously, but this makes most missions in the game trivial to beat.

As mentioned earlier, the game’s story is incredibly short and this ends up negatively affecting gameplay. Many characters have next to no presence during the story, which means that the amount of servants you’ll be fighting during missions is very low. This also means that the amount of mission objectives will be low as well, since only a few enemy servants have their own unique gimmicks that change how battles play out. The areas you fight in have also barely changed outside of their visuals, and there are only a couple of new map types in Fate/EXTELLA LINK compared to the first game.

This lack of content is by far the biggest negative against the game, especially if you compare it to other games of this style like Hyrule Warriors and Dynasty Warriors 8. Outside of the short main story, there is very little to do aside from the extra battles. These are a series of missions that are unlocked as you play through the main campaign, most of which acting as Fate/EXTELLA LINK’s postgame content. Many of these missions have their own short stories tied to them, but a disappointing amount of them are just rehashes of existing story mission with slight changes. 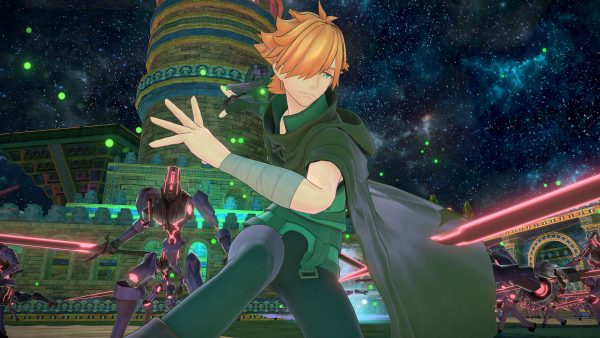 Fate/EXTELLA LINK, for all its improvements, feels more like an expansion pack than a full release. The story is over before anything really happens, and many of the new characters have little to no importance. I would still recommend this to fans of Warriors-style games if you can pick this up for a decent price, but those looking for an interesting narrative or a lot of content should go elsewhere.

This review was based on the PlayStation 4 version of the game.