The Legend of Heroes series has had a hard time when it comes to English releases. The trilogy before Trails in the Sky received incredibly poor localisations, the Trails in the Sky trilogy itself took 6 years to be finished, and there are still two games before Trails of Cold Steel that haven’t been released in English. Thankfully, not only is Trails of Cold Steel an excellent starting point for newcomers to the series, it’s also one of the best JRPGs out there.

Trails of Cold Steel is the 6th entry in the Trails series, taking place in the Erebonian Empire, which has until now not been shown in a Trails game. Rean Schwarzer is a new student at Thors Military Academy, a military school that trains both nobles and commoners. He quickly discovers that the class he was assigned to, Class VII, is different from the other classes at school. Not only does it contain students from different social classes, the curriculum they’ll be following is far different to what is normally taught at Thors. Trails of Cold Steel details the events that take place over Rean’s first year at school, though unsurprisingly his school life will not go quite as easily as he hopes.

When playing Trails of Cold Steel for the first time, we weren’t sure if the school setting would end up working in the game’s favour. Games like Valkyria Chronicles II tried to use a school setting to make the game appeal to a larger audience in Japan, and ending up making a worse game because of it. This is not the case in Trails of Cold Steel, though this may in part be due to how you’re actually away from Thors for large parts of the story. Class VII partakes in a monthly field trip that takes them to various parts of Erebonia, each with their own backstories and troubles that the class has to deal with. As with the rest of the Trails series, non-player-characters (NPCs) will nearly always have new dialogue after time passes or a major event happens, which does a great job of making even the least important characters more interesting. Thanks to this, there are certain side characters in Trails of Cold Steel that are far more memorable than the main casts of some RPGs.

That’s not to say the main characters are uninteresting here, in fact it’s the opposite. By the end, there wasn’t a single character that we didn’t like, even if some of them aren’t as integral to the story until Cold Steel II. If there was one are that we wish was improved in regards to the characters, it’s the free time system. Every now and then Rean will have free time which, aside from giving you extra side-quests while at Thors, allows you to view special events with characters from the main cast. Many of these events give you new information on a character and can sometimes feel like they should be mandatory to the story. Unlike something like the social links/confidants in the Persona series however, there is no way to view every free time event on your first playthrough. Due to how interesting these can be, especially for characters that don’t see much development in the main story, it seems like a bad move to not make all of them viewable in one go. 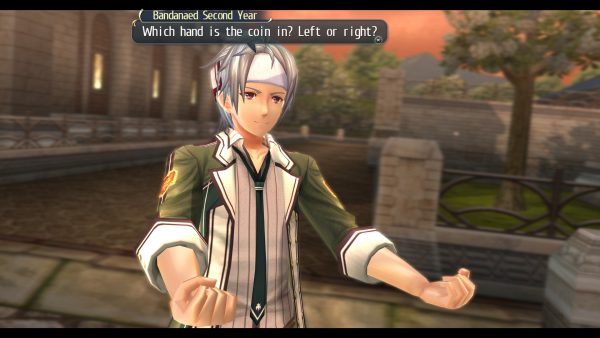 When not making your way through Thors or exploring a new town, you’ll be spending a lot of your time fighting monsters. Combat is similar to previous Trails games, but with a few adjustments here and there. Aside from a basic attack, each character has a set of crafts that are unique to them. These use Craft Points (CP), gained from attacking or being hit, and can range from area of effect (AOE) moves to helpful buffs. S. Crafts use at least a full bar of CP but have very powerful effects, and they can also be used regardless of whether it’s that characters turn. Meanwhile arts function similarly to magic from other RPGs, giving you access to various elemental attacks and status effects. The arts that each character has access to are determined by the quartz they have equipped, with master quartz also giving the character using them large boosts such as faster art casting times or CP regen when killing an enemy.

Most of this should be familiar to Trails fans, but the new combat link system adds an extra dynamic to battles. Characters can pair up, allowing them to help each other during battles. This ranges from combo attacks to automatically healing their partner when they take damage. Links can be levelled by finishing battles while linked up, or during events in Rean’s free time. While this system does make charter bonds have an impact on gameplay, it also means that you may sometimes have to prioritise certain characters’ events to try and level their bonds up instead of going for the events you want to see. 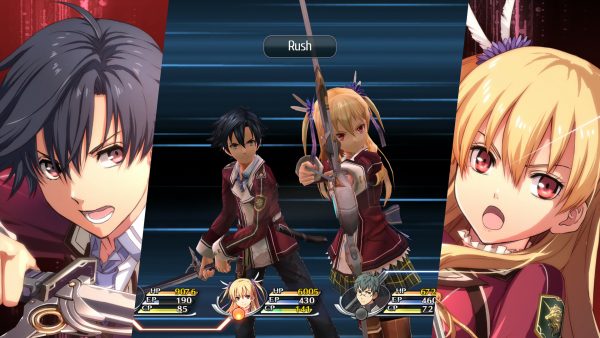 As for the PS4 port of Trails of Cold Steel that was released last Friday, it’s… decent, but not much has changed overall. There’s a turbo feature that works similarly to the PC version (released on August 2nd 2017), which is helpful for speeding up regular battles or moving around faster. This version also includes all previous DLC for free, though most of it is just items that make the game easier rather than anything substantial. Compared to the PS3 release which was released on January 26th 2016 in Europe, the frame rate has been bumped up to a constant 60 framers-per-second (fps) even in busier areas and there were only a couple of minor instances where we noticed dropped frames. This version also runs at a higher resolution, something that also works against the game in some places due to the lack of improved textures and 3D models. It’s unfortunate that there wasn’t much changed overall when it comes to the visuals, especially in regards to the low draw distance which causes characters to not be visible even if you’re not standing very far away. Trails of Cold Steel certainly isn’t the worst looking game on the PS4, but this release would have been the perfect time to at least make some improvements outside of  frame rates and resolution.

This may not be the most impressive port out there, but it never needed to be. Trails of Cold Steel is a fantastic start to a new arc in the Legend of Heroes series, and offers some of the best storytelling you’ll ever see in a JRPG. With Cold Steel III finally getting a western release, this by far the best time to start enjoying what this series has to offer.