For those that have been following our reviews over the past couple of years, you’ll likely know that I’m a big fan of dungeon crawlers. The genre still has a lot of potential, and has led to some surprisingly good modern releases like Mary Skelter and Labyrinth of Refrain. Operencia: The Stolen Sun is the latest DRPG to be released, offering up its own unique setting and a few tweaks to the traditional turn-based RPG formula. 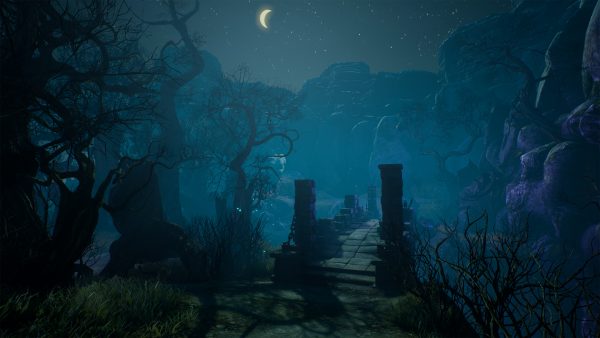 After a brief opening segment that acts as both an introduction to the history of Operencia and as a simple tutorial, you’re able to create the main character that you’ll be using from then on. Your created character is a humble peasant, who is spurred into adventure by a mysterious dream. Their journey, and the dream, quickly ends up having more importance once the sun disappears and it’s clear that they are the only ones who can find out what happened.

As is the case with many dungeon crawlers we’ve covered, Operencia doesn’t put too much focus on its story, and instead places more importance on smaller character interactions and interesting environments. The main character themself is fully voiced and has a personality of their own, though this is only possibly by greatly limiting the character creation options. They’re usually positive, and like to crack a joke every now and then. Not the most interesting character, but this gives some of the other cast members time to shine. Well, more like a couple of the cast, since most of them don’t really end up being particularly interesting or have that many lines outside of when you first meet them.

The two characters that best show how varied the writing can be can would be thief Jóska and blacksmith Kela. Jóska is the very first companion you meet, lying motionless in underwater ruins at the bottom of a lake. Most interactions with Jóska are humorous, and since he’s with you for nearly the entire game you’ll end up getting to enjoy many of his great one-liners. Meanwhile Kela is a stoic character who is haunted by her past. This makes for a good backstory to one of the areas in Operencia, but the character themself is boring and has little real impact on the story or even conversations while dungeon crawling. She’s not the only character that ends up being rather bland or inconsequential, which is a shame since Jóska shows that the writers can craft interesting characters.

This inconsistent writing also impacts the story, which ends up being bland at best and downright boring at worst. The world of Operencia has many varied places that you visit during your adventure, many of which also having interesting lore that makes them feel more real. But when it comes to the story, the way it’s presented often seems like an afterthought. Your character finds out that the sun is gone after the first area and, instead of seeming like a big event, the sudden reveal lacks any sort of impact. Having the main driving force behind the adventure be handled this way really lowers your expectations for the rest of the story, and it never becomes much more interesting later on. The banter between your character and Jóska is often what carries your interest more than the overall plot which, while entertaining, doesn’t make for a great story in the long run. 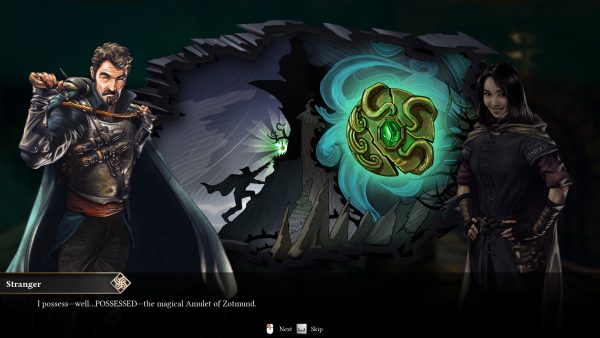 At least the different areas are actually pretty good regardless of how the main story is handled. While some areas count as multiple dungeons, most are visually distinct from one another. Even the first area, which is mostly just ruins and dungeons, looks unique thanks to the underwater setting. Getting to a new area feels exciting, not only because of the change in theme, but new character interactions and puzzles as well. As mentioned earlier the story and character development feels lacking, but at the very least the conversations while exploring are usually interesting and can add some extra flavour to each area. It’s a system that should be used in more DRPGs, since these conversations make even walking down an otherwise plain corridor more interesting

One aspect of exploration that can occasionally be hit or miss is the puzzles, but even the worst ones are usually better than most seen in other RPGs. The worst puzzles usually revolve around having to find items that are hidden somewhere in the area, and only having a few hints to guide you. It can often be easy to miss certain objects due to how small some are, leading to a lot of potential backtracking. This isn’t too common however, and most puzzles end up being self contained and actually pretty fun to solve. The variety is rather refreshing, considering how some DRPGs just rely on using switches and buttons for puzzles.

Battles have also received a few tweaks compared to regular turn-based systems, though these changes don’t make a massive amount of difference overall. Each character has access to a basic ranged and melee, as well as skill that require energy to use. Most skills are easy to understand, consisting of RPG staples like taunts and elemental attacks. Each party member’s skills are based on one of the classes the main character can choose, but with their own unique skills added into the mix. In fact, the main character ends up having the most boring skills of them all regardless of the class or build you choose, since all of them are lacking the more interesting choices compared to the other characters. 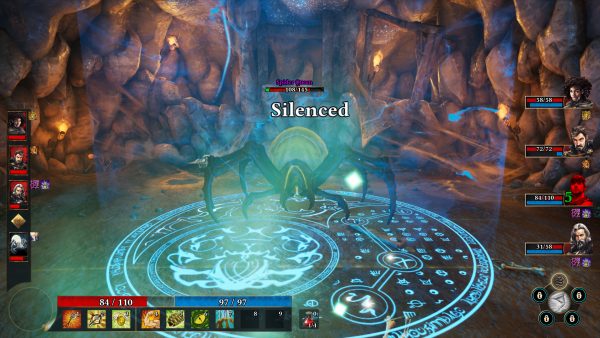 As for the main changes to battles, the row system determines how much damage certain attacks will do. Rows are not something completely new to DRPGs, but Operencia does try to put more focus on them. For example, ranged attacks do more damage the further away enemies are, while many melee attacks require enemies to be in the front row to be most effective. In practice this doesn’t end up being too important, and you can often just ignore which row an enemy is on outside of a few harder fights. This system would have been more interesting if there were ways to move enemies between rows, because we never noticed an enemy change rows during our playthrough. There’s also a set of extra skills that can be used once you’ve used enough regular skills of a certain type, though these take a long time to charge up and can often not seem very impactful. Battles are still decent, if a little slow, but they don’t stand out that much compared to other RPGs.

We did mention that the environments are visually distinct, but this comes at a cost in regards to the PC version. The detailed areas have a massive effect on performance, which is most notable in open areas. No matter what settings we used, our framerate would drop considerably in these areas until we moved to a smaller map. The system we used for this review has specs comparable to an Xbox One X, so the FPS dropping below 30 on even medium settings is unfortunate. Whether this is another game that doesn’t play nice with AMD GPUs is anyone guess but this, plus being unable to change resolutions in fullscreen mode, puts a damper on the game’s otherwise fantastic visuals and area designs. 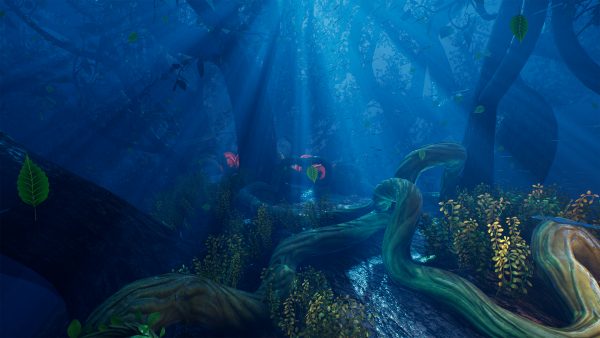 Operencia is a competent dungeon crawler that doesn’t quite deliver on all of its promises. There are a lot of varied areas with their own backstories, but the main plot line is not particularly interesting. Combat has a few unique mechanics, but can end up becoming stale later in the game. I still enjoyed most of my time with Operencia regardless of these issues, and I’d definitely recommend this for those looking for an RPG with a unique setting and some fun exploration.