There have been many attempts to try and capture the spirit of the One Piece franchise and bring it in a videogame format as well. Some (few) titles succeeded, while others didn’t manage to live up to the great name. World Seeker was an ambitious project: an open world of One Piece fully explorable sounded like a dream come true to many fans. Perhaps it was only a half-dream that was brought back to life though. 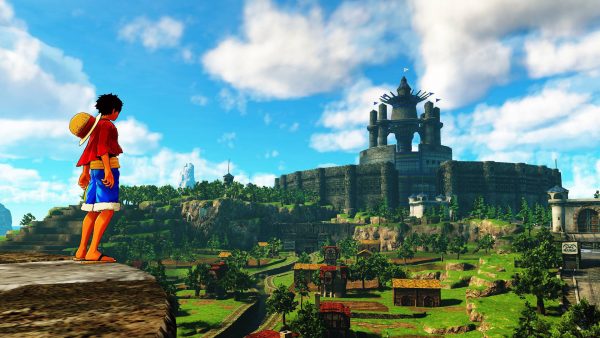 The game follows an original storyline intensively focused on two new characters, Jeanne and Isaac. Rufy and his crew arrived on an island after hearing about a bounty but will end up staying for a while and try to help its inhabitants, while fighting the Marine and other pirate baddies. The plot doesn’t really go anywhere until the latest chapters, giving you just an excuse to explore, fight and collect stuf scattered in the world. We must admit that exploring the world as Rufy is incredibly satisfying, as its abilities give you almost full control of where do you want to go. You’ll need to unlock some of these first (and we highly suggest doing so) and once you’ll do so the game will show its most entertaining moments. 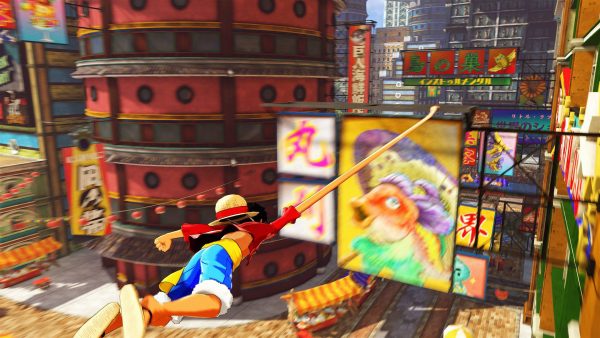 Rufy has two fighting styles: Observation and Armor mode. Staying in observation is ideal to deliver fast blows and run around a lot, while armored focuses on heavier and stronger blows, giving you also the ability to block. You can play the game by just focusing on one of these two styles, as there really is little point in changing them around. The game will also try to encourage you being stealthy from time to time: ignore these suggestions. The stealth component seems to have been developed at the very last minute (or at least not thought very well) and we don’t think it works quite well. It’s best to just go in and deliver punches: it’s not like the AI is smart anyway. 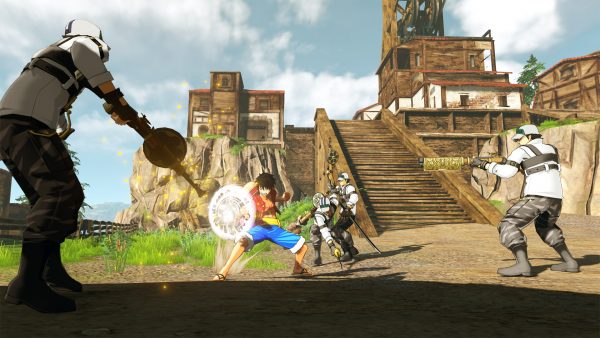 The repetitiveness of the enemies and bosses will end up making the fighting feel like a chore most of the time. Very rarely you’ll end up actually dying, and even if it happens you’ll just need to sit and wait for a not that long waiting screen, as it will need to load the world again to avoid other loading times. You’ll also see the other members of the crews, but are there just for sidequests and won’t actually help you in battle, which is a real shame. You’ll also see other popular characters and enemies returning, but they’ll disappear shortly after being introduced as well. Like we said, the story focuses just on the new characters and their relationship with Rufy: the others are there just for fanservice and don’t really serve a purpose. 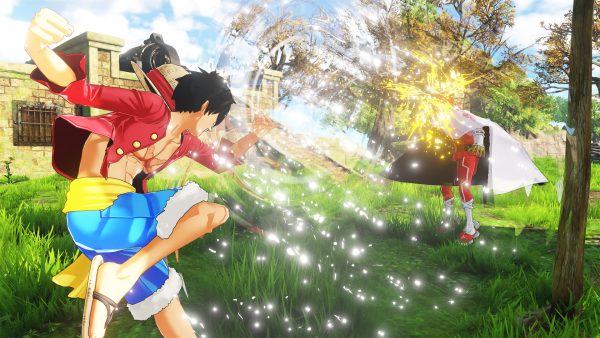 Overall, we believe that World Seeker did some things right. It’s clear that the developers were fans and tried to make you play as Rufy as satisfying as they could. Sadly, they didn’t capture the spirit of One Piece itself that well and we would have liked to see your crew more involved. We fully understand the decision to not make them playable, as they would clash out with the gameplay style they chose, but we would have still liked to see them actually support you in battle in someway, not just be there for comedic relief and fanservice. It’s not a bad game by any means, but it could have been so much better, and it’s a real shame.