The release of Yakuza 0 on Steam last year marked the renewal of SEGA’s support for the PC market. Yakuza Kiwami 2 not only shows that their dedication to bringing these games to PC is in full force, but also that the Yakuza series is still as great as it’s ever been. 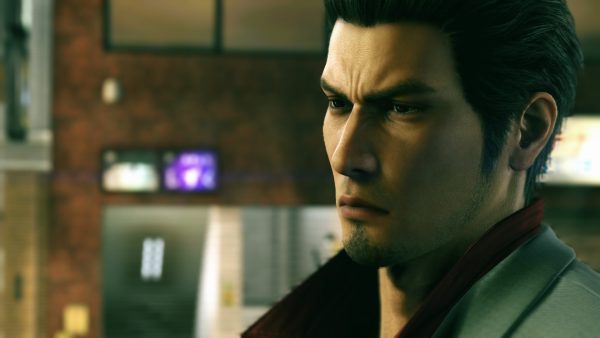 After the events of Yakuza 1, Kazuma Kiryu is living his life free from the troubles that he had to deal with as a yakuza, though this does not last for long. One year later, the fifth chairman of the Tojo Clan is murdered while Kiryu visits the grave of his foster father, right before he was set to declare an alliance with their rivals the Omi ramily. The chairman’s last wish is for Kiryu to travel to Kansai and finish preparations for the alliance in his stead, which inevitably drags him into another series of conflicts.

Kiwami 2’s story is near identical to the original game’s, though presentation wise it’s a massive step up. The overall story is a mixed bag, though for most Yakuza fans it should be enjoyable. Ryuji Goda, the main antagonist of the game, makes for a great character and scenes involving him are usually the most entertaining. Unfortunately, by the midway point the story starts to stagnate a little, with the usual errand running and background scheming present in other Yakuza games often not being of much interest. Things do start to improve greatly near the end though, leading to a final confrontation that may be the series’ best. One welcome expansion to the story comes in the form of a few short chapters involving series favourite Majima before the events of the main game. They add some extra context to the plot, and it’s nice to play as another character even if it’s only for a short while. As with Kiwami, these scenes also contain some links to Yakuza 0 that tie the loose ends from Majima’s story. 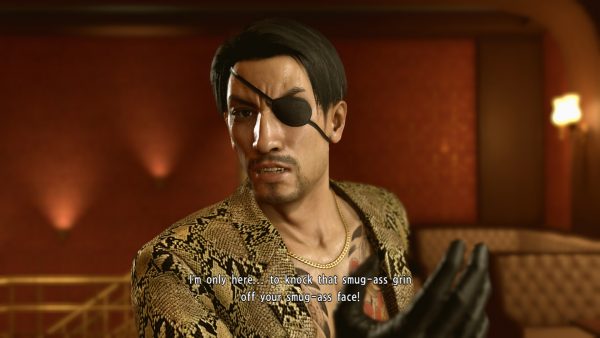 Outside of the additional story scenes, the biggest difference between Kiwami 2 and the original game is the dragon engine. This was originally used in Yakuza 6, after many years of using the same engine, and changes up how the game feels compared to the older Yakuza games. The most noticeable change from the moment you start the game is how much nicer Kiwami 2 looks. Character models are the most detailed and expressive they’ve ever been and, unlike Yakuza Kiwami, far more work has been done to cutscenes so there are no more stiff animations that look out of place with the nicer visuals. Kamurocho and Sotenbori have also seen a large improvement, with far denser crowds of pedestrians and bright neon signs making each district seem more alive.

It’s not just the visuals that are noticeably different though, most areas of the game have been changed in some way. Kiryu can climb over railings and other obstacles, and the majority of buildings can be entered with no load times. These seem like small additions, but they make exploring less tedious compared to earlier games. Even the act of improving Kiryu abilities has seen some changes, thanks to the new upgrade system. Instead of the generic leveling system used in most other Yakuza games, Kiryu instead gains various types of skill points after fighting enemies, completing side activities and even eating. These can be spent on stat upgrades and new moves to add to your repertoire. The money system in Yakuza 0 did a great job at tying the game’s setting to a new way of powering up your characters, but ended up making most activities useless when it came to unlocking new moves. Here this isn’t a problem, since no matter what you do in game you’ll be gaining skill points at a decent rate. 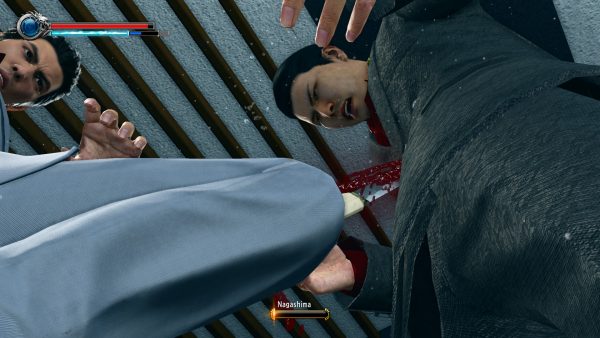 Unsurprisingly, as a Yakuza game the main focus of Kiwami 2 is on combat which uses an updated version of the battle system found in Yakuza 6. For the most part, fighting your way through the various troublemakers in each city should feel familiar to series veterans. The basic system of stringing light attack and finishing with a heavy one is still present, and Kiryu’s signature heat moves make a return. However, his moveset feels like an amalgamation of the different styles from Yakuza 0, taking the best parts and combing them into one fun set of attacks and skills. The use of physics when throwing punches or throwing enemies really adds some extra impact to each attack, though sometimes enemies can bounce around comically when colliding with walls and objects.

This new battle system does have a few problems though. For starters, the physics engine makes throws extremely powerful, since Kiryu swings enemies in a wide arc and causes them to be launched backward with little effort. It also sometimes become tedious to chase after enemies you’ve launched across the street. As for boss battles, it can be hard to pull off combos longer than a few hits due to bosses blocking frequently. While this was somewhat of an issue with the old battle system, here blocked attacks will stop your combo entirely and can make fights against tougher enemies more tedious than difficult.

Outside of battles, there is still a lot to do in Kamurocho and Sotenbori. Some familiar minigames like mahjong and crane machines make a return, along with a new duo of arcade games. Many of the best moments in each Yakuza game come from the side activities and the stories that are tied to them, and it’s no different here. Kiwami 2 also reintroduces the host club management activity from Yakuza 0, alongside a somewhat reworked version of the clan creator from Yakuza 6, featuring our favourite goofball Majima and his newly established construction company. Managing a host club hasn’t changed much between games, with only a few extra mechanics to try and add a little variety. It’s still an addictive way to spend a large amount of time away from the main game, and it even manages to tie itself to the host club story from Yakuza 0. On the other hand, the clan creator is a rather bland real-time strategy game, where you have to defend Majima Construction’s equipment from rival companies. Some strategy is required to beat the harder missions, but they never become very interesting due to the smaller scope of each battle compared to more tradtional strategy games. 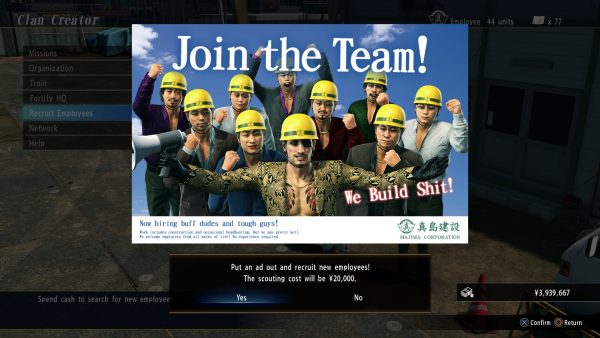 When it comes to the quality of the PC port itself, this is yet another solid release with a few caveats. For starters, it’s worth mentioning that on a base PS4 Kiwami 2 only ran at 900p, and even with a PS4 Pro the framerate was capped at 30fps. Running the game at settings comparable to a PS4 Pro should be feasible for most middle-of-the-road systems, and it’s possible to play with uncapped framerates and up to 4K resolutions, though getting the game to run at a consistent 60 fps on high or greater settings will take a beefy system. As with the other 2 PC ports, it’s also recommended to use a controller as, while it’s certainly possible to play with a mouse and keyboard, the entire game is built around analogue movement and button layouts can become awkward. This is especially true for some minigames, where mouse movement doesn’t quite work as it should.

Yakuza Kiwami 2 is both an excellent remake and the best PC port yet for the series. Most of the issues present in Yakuza 6 have been improved upon, and the new story scenes make this the definitive way to play Yakuza 2. Here’s hoping the rest of the series makes its way to PC over the next few years, though after playing Kiwami 2 it might be hard to go back to the older games.