The PS4 release of Trails of Cold Steel earlier this year was another chance to play a great JRPG, even if the port itself did little to improve the game’s visual shortcomings. Trails of Cold Steel 2 is another simple port, though the game itself does have a few problems that stop it from being as memorable as the first game. 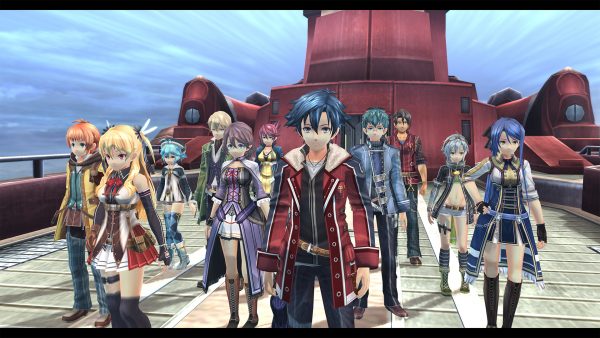 Being a direct sequel to the first game, Trails of Cold Steel 2 is naturally full of spoilers for Rean’s adventures with class VII. Taking place one year after the cliffhanger ending of Trails of Cold Steel, the game opens with Rean waking up from a month-long coma. Erebonia is currently in a civil war between the nobles that took control after killing the previous leader, and the resistance fighting against them. To try and stop this war Rean has to find the rest of class VII, who were split up after Thors Military Academy was occupied, and create a third group to take back Erebonia from the noble alliance.

Trails of Cold Steel had a very slow moving story, since it had to introduce a large amount of new characters and locations. This games story in turn is noticeably quicker paced, though it can still spend a little too much time on scenes or certain events. Rean is still an interesting main character, especially after the many revelations at the end of first game, though in many ways it’s the returning members of class VII that take the spotlight once again. With the story taking place an entire month after Trails of Cold Steel, they’ve had time to develop outside of the school setting, giving Rean and in turn the player new perspectives on the current state of Erebonia.

Unfortunately, the story is an overall mixed bag compared to the first game’s slow but well thought out storyline. Trails of Cold Steel 2 was initially intended to be part of the first game before the extreme length of the story caused it to be split into two games, and this really shows with the inconsistent pacing and filler content. A large chunk of the game’s later half could have been condensed without the overall story losing anything important, and even though this game is shorter overall than Trails of Cold Steel it still feels drawn out at times.

This game also edges closer to the problem later games in the series will have in the west; the fact that two games are still not available officially in English. The events of Trails of Cold Steel 1 and 2 take place almost in parallel to Trails to Zero and Trails of Azure, meaning that for the most part you don’t need to know much about the events of those games. However, there are still many references made to both games that will be missed without knowledge of both games. Trails of Cold Steel 2 is already the seventh part of this long running saga, and having two whole games unavailable for the western audience will likely make Trails of Cold Steel 3 even harder to get into. 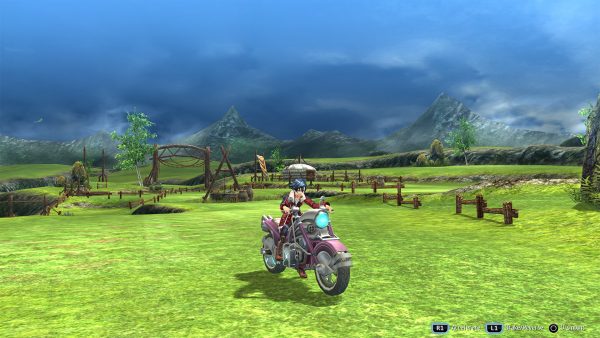 When it comes to the rest of the game, not much has changed overall. The storyline does allow for a less linear experience, since you’re able to travel to different areas of Erebonia regardless of where the next story event is. It’s a nice change of pace from the first game, where you couldn’t revisit areas after your brief time their during the field trips. You also gain access to the orbal bike early on, allowing you to travel through areas quicker. This makes backtracking less tedious and is thankfully not limited to one area like the horses in Trails of Cold Steel. You’ll be making use of the bike often, since your search for class VII and the many displaced students from Thors will take you to many familiar areas from the first game.

Combat has seen a few tweaks as well, though aside from some balance changes it should feel familiar to those that played the first game. The biggest change to regular battles is the overdrive feature, allowing party members to team up and attack for multiple turns without interruption. It doesn’t change up battle’s too much, but it does tie into the theme of bonds that is prevalent throughout the series. A larger addition would be the divine knight battles, which only appeared in Trails of Cold Steel at the very end of the game. They’ve been expanded upon greatly here, with Rean’s divine knight Valimar having a larger moveset, and are also more frequent throughout the story. These fights require you to attack the correct parts of the enemy’s mech to do damage, with each stance the enemy takes changing where you must target. Valimar can also link with your other party members unlike the first game, giving him access to different skills. These battles are usually fairly simple to beat, but the larger scale and catchy battle theme do make them a nice change of pace from the regular battles. 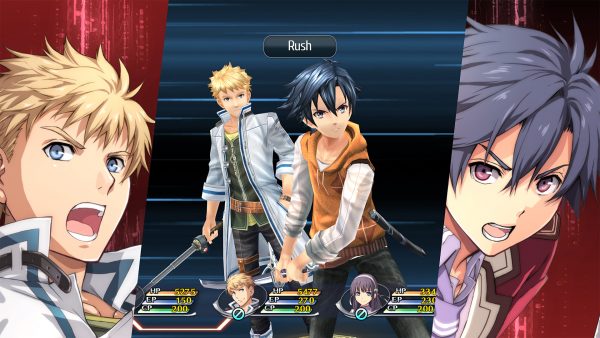 As with the first game, this is yet another bare-bones port on the PS4, though there are some rather noticeable graphical issues at times. Framerate drops, something that rarely happened in the first game, are more common than they should be. The original versions of the game did have some serious issues maintaining a consistent framerate, but this should have been easily fixed by the more powerful hardware. All other problems we listed with the first game on PS4 are still present here, from low draw distances for characters to low resolution textures.

While not being everything we hoped for, Trails of Cold Steel 2 is still a decent sequel to one of our favourite JRPGs. A more open world and a much larger selection of party members make for more interesting gameplay, but the story suffers from some bland filler content.