The Neptunia series isn’t averse to spin-offs, evident by the fact that the majority of games in the series have been non-mainline entries. Unlike previous spin-offs though, Super Neptunia RPG is being handled by a Canadian developer, and I was interested to see what they could do better than the lacklustre Warriors-style Neptunia games. This was not the cast at all, and Super Neptunia RPG has ended up being one of the least enjoyable RPGs I’ve played in a long time.

Super Neptunia RPG takes place in an alternate Gamindustri, where everything is 2D including the games created there. Series protagonist and namesake Neptune wakes up in this universe with amnesia (again) and must find out what events transpired before her memory loss and inevitably end up saving the world. Aside from the four main goddesses of the series and a few unplayable side characters, the rest of the cast is made up of original characters, though none of them are particularly interesting. Neptunia spin-offs have often had a hard time making you care about characters they introduce, and usually just rely on easy jokes or references to get by. That’s exactly how the story is handled here as well, and aside from a couple of decent moments the plot falls flat very early on. 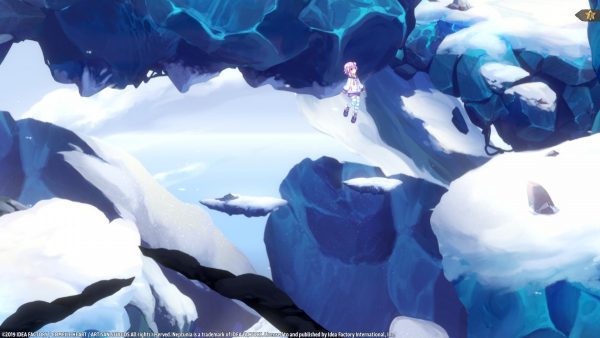 Exploration in Super Neptunia RPG takes the form of simple 2D platforming, making your way through the towns and areas of the alternate Gamindustri. Aside from a basic jump, Neptune also has access to a short dash and a pudding-like monster that can be used to gain extra height when jumping. It’s serviceable, but there’s never much incentive to explore since the entirety of the map is shown right when you enter an area, including chest and enemy locations. It can also be hard to tell if something is part of the background or something that you can stand on, especially in towns. Overall, the exploration sections are fine but the bland area design and lack of incentive to explore really start to make getting to the next story event a chore.

The battle system is where the game really falls apart though, from poorly thought out mechanics to the slow pace of combat overall. Each battle consists of waiting for a meter to fill up so you can use on of your 4 party members’ attacks. The party can be rotated to change the moves that they can do, such as switching to a formation that heals every few seconds. The problem with battles is that they’re far too slow, with the meter taking forever to increase. A lot of attacks also have incredibly long animations and characters only attack one at a time, making each battle drag out longer than necessary. There is a speed-up button, but this feels like ignoring the main problem instead of trying to actually fix it.

If fights were at least interesting or required some level of tactics, the slow nature of the battles system wouldn’t be as annoying. But you’re never required to really learn the intricacies of your party members or plan for each boss fight. Early fights are incredibly easy and boil down to mashing one button while holding the fast-forward button, and once you unlock a few healing related abilities you’re pretty much set for the entire game. The way you unlock active and passive abilities is at least well done, and works similarly to Tales of Vesperia. Each piece of equipment has abilities that can be learned by the character using it after fighting enough battles. It’s a decent system in Vesperia and gives you an incentive to use every piece of equipment. In Super Neptunia RPG however, these abilities have next to no balancing or change up battles in any meaningful way. The best example of this is the health regen related passive, which allows you to heal every few seconds even when attacking. Because of this, battles devolve into using attacks with the longest animations and then healing any damage you have taken, negating any possible challenge with later boss fights. 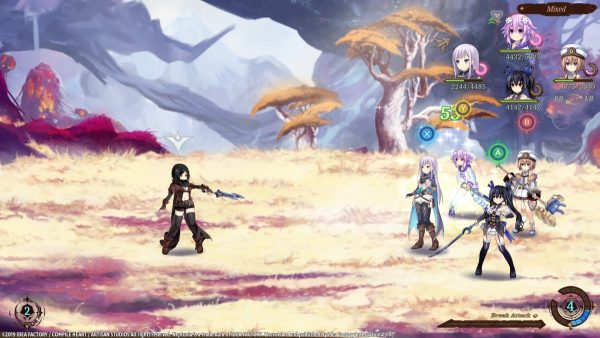 When looking at screenshots of Super Neptunia RPG when it was first announced, the game had a pleasing art-style even if the backgrounds and sprites didn’t quite work together. Unfortunately, in motion this is not a pretty game to look at. The character sprites look fine when standing still and are well animated during cutscenes, but no attention has been given to how everything looks during exploration and battle. Neptune transitions between animations in an unnatural way which makes it look like she’s stuttering most of the time. There’s also an overuse of a really ugly blur effect that is present for fast movement animations, including many attacks, and it drags down the game’s presentation even further. The backgrounds, when not making platforming confusing, can look nice, but even then many areas in the game look the same and it leads to the already repetitive platforming feeling even less enjoyable.

As for the PC version, it’s very bare bones though that isn’t much of a surprise considering the other game’s ports. Aside from a handful of resolution options you’re not going to be able to tweak the game’s graphics any further. There are also no button prompts for anything other than Xbox One controllers, which is definitely a problem considering the awkward default layout on keyboards. Mouse support is near non-existent too, only supporting mouse buttons which makes menu navigation without a controller more cumbersome.

The Switch version on the other hand is incredibly rough, even after the day-one patch. Frame rates are poor across the board even when playing in docked mode, and the game will often stutter after only a handful of sprites are on the screen. Furthermore, Super Neptunia RPG on the Switch feels very unpolished outside of the poor frame rate. From menus that don’t always work correctly to a UI that is clearly not meant to be viewed on a smaller screen, this is by far the worst version of the game. Further patches could fix some of these issues, but considering how long it has been since the original Japanese release it seems unlikely. 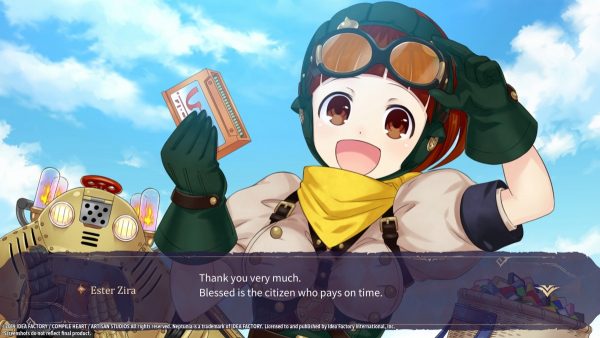 After a long run of mediocre at best Neptunia spin-offs, this game has somehow managed to be the worst of the lot. A bland story, wonky gameplay and a whole host of technical issues all come together to make Super Neptunia RPG a thoroughly unenjoyable experience.