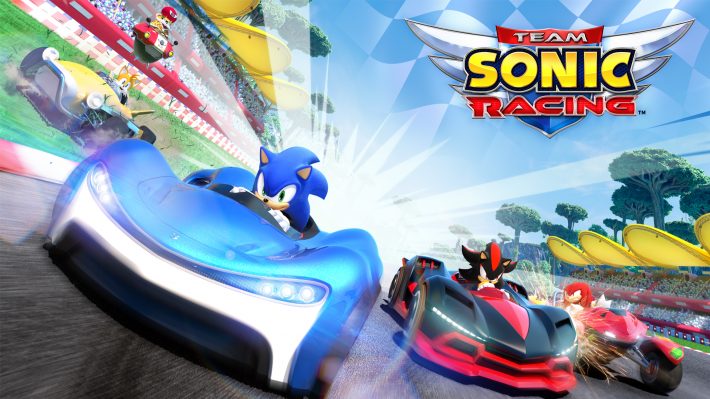 Have you ever felt that Sonic needed a car? Neither did we, but it doesn’t matter as the blue hedgehog and his friends are ready to race it out.

After the very good Sonic & All-Stars Racing Transformed that was released back in 2012, Sonic took a break from the racing games. This is the year that he decided to come back, but this time he ditched the other SEGA companions, deciding to race only with his series’ friends and rivals. As other SEGA IPs nowadays are not that well known, it’s a choice that probably makes sense marketwise, but it inevitably disappointed the long-time fans of the company that expected another nice crossover. Sumo Digital was brought back to work on it once again, SEGA made a marketing campaign similar to Sonic Mania with some cartoony video (only much shorter) and Team Sonic Racing was officially born. 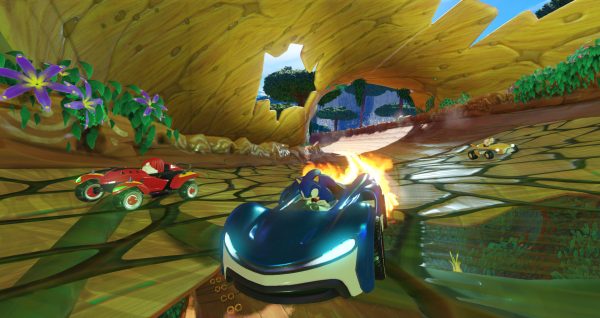 Gameplay wise, whoever’s already used to Mario Kart will probably be able to jump in without worrying too much: it’s the usual arcade racing game type, with weapons and turbo boosts via drifting. What sets it apart from the rest is the team mode, which you may or may have not noticed in the title. Compared to another racing title featuring a certain humanoid bandicoot, there’s a reason for the team to be in the title: the main mode which is also featured in the adventure requires teamwork to fully succeed. You won’t race alone (although there’s an option to do that too, but doing that will just transform it into an inferior Mario Kart) but with 2 team mates you can pass along items whenever you need them most and help each other boost. The result will also depend on how well everyone performs, not just if any of you arrives first. Although it’s a great concept in theory, we find that it loses its novelty very quickly. Great to introduce newer generations into the kart genre, but that risks becoming boring for those more used to it. 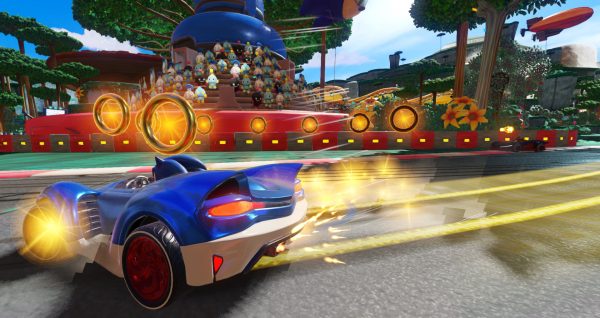 You’re also able to customize your vehicles with several parts, adjusting your characteristics slightly and paint them accordingly. To get these parts you’ll have to roll for them by using earned in-game coins: you can also get legendary versions of those same parts but serve no additional purpose besides looking gold and not being able to paint them. There’s also no added bonus if you use all parts coming for one set. The story mode will also offer quite the few challenging levels to go through if you really want to complete everything. While there are questionable choices in the roster, we feel that it still works for the team concept the developers clearly had in mind. And the music, as a tradition for the Sonic franchise, is once again great with very good remixes of songs from the past. 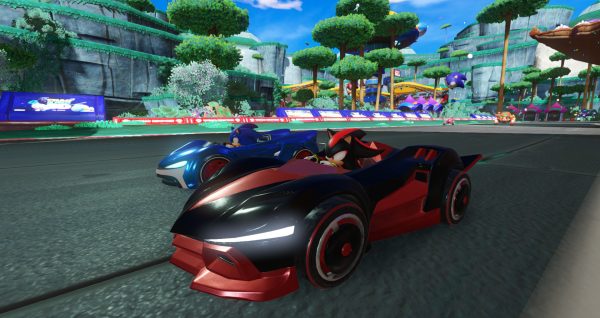 Overall what probably hurts the title is being released close to the remake of Crash Team Racing, one of the only titles that some people online consider even superior to Mario Kart, although everyone has their tastes. Is Team Sonic Racing an excellent game? No, like we said, it can feel very simple and boring after several matches. But is it a good alternative to the previously mentioned series? Absolutely. It’s hard to find a good kart racing game that isn’t driven by an Italian plumber with a red hat nowadays. Although we do feel that this game is inferior to its predecessor, we also believe that this game can turn out to be surprisingly fun if you have a good party and are a fan of the blue hedgehog.