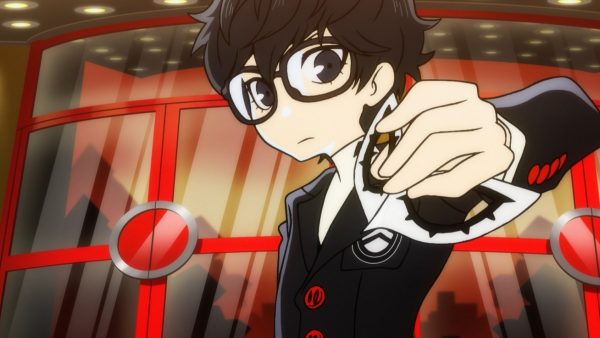 Persona Q2 opens with introductions to the familiar faces of Persona 5’s Phantom Thieves. After Morgana’s bus form suddenly malfunctions and sends them into a portal inside Mementos, the gang finds themselves in a city they’ve never seen before. After managing to escape through a similar portal, they once again arrive in another mysterious location, this time a movie theatre. It turns out that the only way they can escape and possible return to their world is to finish every movie that plays in the theatre. On their quest they ally themselves with other groups of persona users and find out more about the two people they meet inside the theatre that seemingly know more than what they let on.

As with the original Persona Q and many of the Persona spin-off games, the overall story of Persona Q2 is nowhere near the quality of the main games. The movie setting does lead to some unique dungeons and boss designs, but it can often feel like the story isn’t going anywhere. Much of this is due to the large cast of characters, the inclusion of both Persona 5 characters and Persona 3 Portable’s female protagonist making an already bloated cast even larger. The story is also not very subtle about its themes, and you’ll have a good idea of where the story is going fairly early on. This is especially apparent with Hikari, a shy girl that often questions why the main characters are trying so hard to help each other and escape. Her and the plot of each film do little to hide what message they’re trying to get across, and it takes away from some of the story’s mystery.

That’s not to say that there aren’t some good times to be had when it comes to character interactions. There is much less focus on the same jokes or stereotypes that plagued the Persona 4 era of spin-off games, though unsurprisingly many scenes end up relying on humour than anything particularly serious. The small scenes that play while in the theatre lobby are also a nice touch, making the most of Persona Q2’s cute stylised character models and again adding to the mostly light-hearted nature of the game outside of the main plotline. It’s also worth noting that Persona Q2, unlike the recent dancing games, is Japanese audio only. This isn’t much of a surprise with the game releasing on the 3DS years after the Switch was released, but it will likely be jarring for those used to the English cast. Voice acting can sometimes be sparse during dungeons, mostly relegated to more important story events, but the voiced scenes are usually enjoyable. 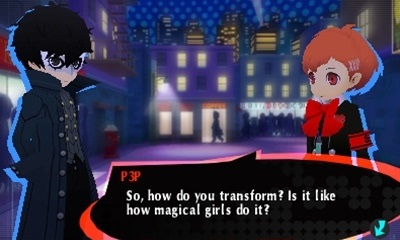 Compared to the first game, dungeons in Persona Q2 have been somewhat simplified. While this does mean that dungeon crawling can often times be lacking in interesting layouts or events, there are no annoying gimmicks that make gameplay less enjoyable. Each dungeon is themed after a movie, leading to some more creative designs and avoiding the bland areas that plague many DRPGs. One area that does suffer because of this simplification is dungeon events, something that makes each floor in an Etrian Odyssey dungeon more enjoyable to explore. In Persona Q2, there is a noticeable lack of optional events and this leads to some of the earlier dungeons being a little too uneventful, though the later areas are at least more complicated.

Even if the dungeons themselves are more linear, the battle system is still an excellent blend of Persona and Etrian Odyssey mechanics. Your party is made up of 5 members, as is the standard for most DRPGs, along with a maximum of 2 navigators who can provide helpful benefits outside of battle as well. The elemental weakness system from the modern Persona games is present here, where enemies can be knocked down if attacked with the correct element (or a lucky critical hit). Knocking down all enemies during a turn will allow for an all-out attack that does massive damage to most enemies, but the other benefit of knocking down enemies has been changed slightly. Instead of gaining an extra turn, a character that lands an effective attack or knocks down an enemy will be boosted which, as the name implies, will boost the damage of their next attack while also improving certain skills even further. It’s an intuitive system that feels unique to the series, and the addition of being able to pass boosts to other party members later in the game adds to the level of strategy battles can have.

The dual persona mechanic also makes its return, allowing every character to equip a second persona and gain access to a larger pool of skills. Sub personas also grant a relatively small amount of bonus HP and SP that regenerates after battle, though they cannot be switch out mid fight. Having multiple personas for every character is something that should return to the mainline Persona games, since it allows for more party customisation without being overly complex for newcomers. 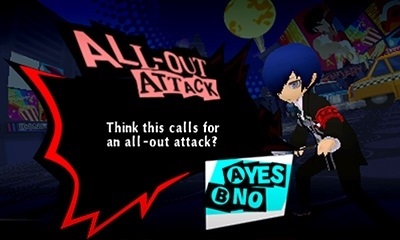 After the mixed bag that was Persona Q, the sequel is a more consistent, if at times dull, dungeon crawler. Sure, Persona Q2’s writing can still rely a little too much on character tropes and the same jokes we seen many times before, but the story is overall far stronger than its predecessor. This was a fine way to say goodbye to the 3DS, as well as another solid dungeon crawler.