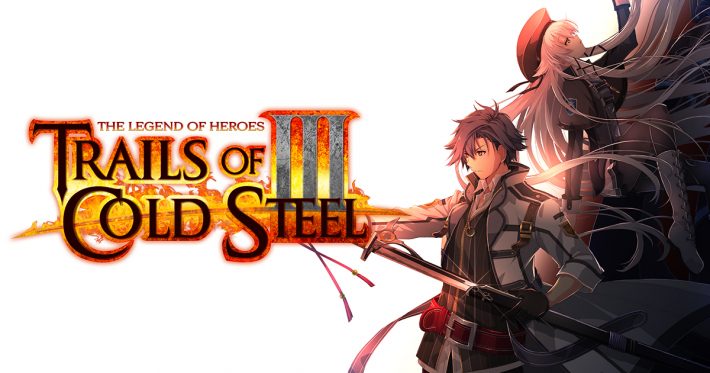 We were a little apprehensive going into Trails of Cold Steel 3. It had a lot to live up, being a chance to improve upon its somewhat disappointing predecessor while also needing to start tying multiple long-running plot threads together. Thankfully, Trails of Cold Steel 3 is a return to form for the series, offering up an incredibly lengthy story that will still leave you wanting more.

As this is a sequel to Cold Steel 2, we would recommended not playing Cold Steel 3 (or reading further into this review) if you have not played the previous games.

A year and a half after the dramatic events of Cold Steel 2, citizens of the Erebonian Empire are starting to recover from the civil war that took place. Erebonia is now the largest country in Zemuria, and the Imperial government get to work increasing their influence over the many noble families that fought against them. Having been deeply involved in the civil war and the events that followed, returning protagonist Rean Schwarzer is finally able to graduate from Thors Military Academy. He is quickly thrust into a teaching role at the Academy’s branch campus, finding himself leading the successor to his old class, Class VII.

While the setting may initially seem familiar, the branch campus ends up having a different tone compared to the first game. Instead of the more light-hearted tone Cold Steel 1 had for much of the game, Cold Steel 3 ends up being a little more grounded. That’s not to say every moment is overly serious, but there’s definitely more of a focus on the ‘Military’ part of Thors Military Academy. The branch campus is made up of students who likely wouldn’t be accepted to the main academy, either due to their background or ability, leading to a much more variety set of students. As is the Trails way, there are a lot of named characters that you can talk to and, once again, many of the student from other classes end up being more interesting that the main cast from other RPGs. 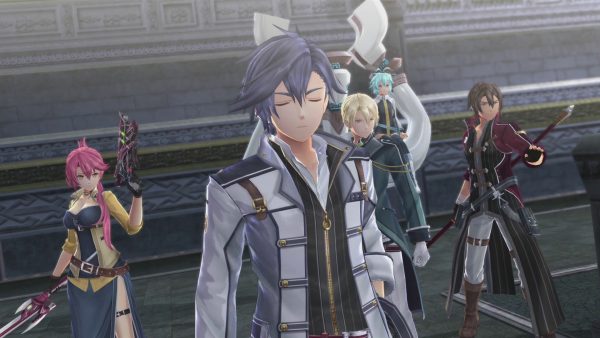 The new Class VII is also a varied bunch, following the spirit of the original class by bringing together students from various walks of life. Aside from Rean and Altina, the rest of the class are completely new to the series, though they do have links to other familiar faces. To balance out the crazy amount of characters that the game introduces, this Class VII is noticeably smaller even with the students that join over the year. This is far from a bad thing, as too many new characters at this point would make the story less focused.

Returning to a more linear story with a similar layout to the first game definitely worked out in the end, and there’s never a point where you’re left bored by what is happening. You travel to many different areas during the story, each one giving you more information on the current state of the world. It may be a little too linear for those used to more open ended JRPGs, but Cold Steel 3 does an excellent job of keeping you invested even in its quieter moments. Important story scenes also feature some fantastic voice acting from the main cast in both English and Japanese, though it can be jarring to only have some characters being voiced in certain scenes.

A special mention has to be made for the quality of the localisation. There were some doubts that NISA would match the quality of XSEED’s work, though it’s clear that this isn’t a repeat of what happened with Ys VIII. The vast majority of Cold Steel 3 is up to par with the previous games, and most of the English voiceover cast makes their return. The game could have done with a little more time for proofreading however, as grammatical mistakes become more noticeable as the game goes on. Nothing overly problematic, but noticeable enough to be worth mentioning. 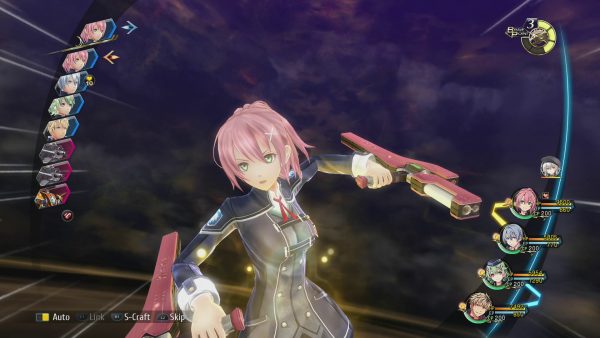 It’s not just the setting that follows a familiar pattern, most gameplay systems are carried over from the previous 2 games as well. During Rean’s free time at the campus or during one of the many field trips, you can walk around gathering information and picking up side-quests. Fast travel is available once again, and you have access to faster modes of transport most of the time when not in dungeons. Exploration is incentivised through side-quests and chests, but it’s easy to fully explore each map with little effort.

Battles are mostly unchanged too, though they do feel a little faster in comparison to earlier games. Arts, crafts and s-crafts, and combat links all work as they did previously, so it takes no time at all to get back into the swing of things. Replacing the overdrive mechanic from Cold Steel 2 are brave orders, various buffs that affect the entire party for a certain amount of turns. This ends up being extremely overpowered, as building up the brave points needed for brave orders is far easier than using overdrive.

While the Cold Steel games have generally been on the easier side, brave orders combined with the stronger arts makes battles even easier than before. You can at least increase the difficulty at any time, but at this point is seems like the battle system Cold Steel uses will never be balanced. Mech battles at the very least saw some major improvements, if only because they’re more than one on one fights now, though they’re still not too difficult. 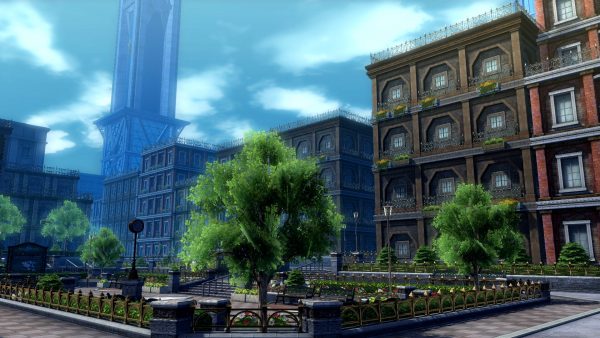 One area that is a clear improvement is the overall presentation, as Cold Steel 3 is the first game in the series solely made for a HD console. Character models definitely benefit from this, being far more detailed and doing a better job at matching their respective 2D artwork. Environments have also been improved, though these don’t look quite as nice as the character models. Textures are detailed for the most part, and each town has a distinctive theme, but a lot of the areas in-between do look a little dated. Some areas also suffer from framerate issues, though this is not very common.

Despite some grievances with the game’s balancing, Trails of Cold Steel 3 is a return to form for the series. Bringing together various plot points and characters from 7 previous games is not an easy task, and they definitely succeeded here. It makes the wait for Trails of Cold Steel 4 even more unbearable, so hopefully we won’t have to wait another 2 years.