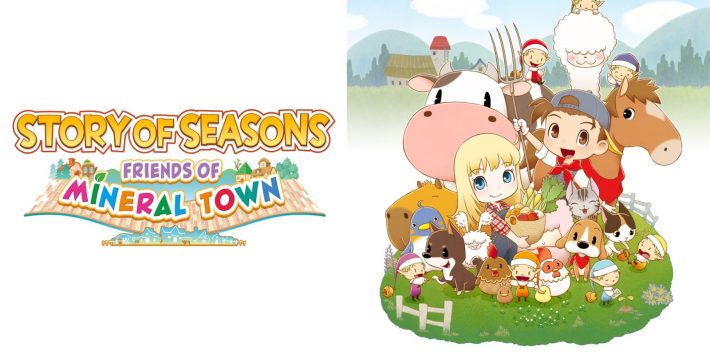 Laid-back farming games have had a bit of a renaissance over the past few years. Stardew Valley brought the genre to millions of new fans, and games like My Time in Portia and Slime Rancher have offered up their own twists on the genre. However, many people have seemingly forgotten about the series that inspired these games in the first place: Story of Seasons. To get the series back on the map, the developers needed to bring out a fresh new title that could compete with modern releases. Instead, they created Story of Seasons: Friends of Mineral Town, an OK remake of a game that lacks the content of its competition.

As with the original Friends of Mineral Town, the remake doesn’t waste much time on its story. Differing slightly from the original, the farm you inherit was originally owned by your late grandfather, rather than an unnamed old man. After the introduction, you’re basically left to your own devices, free to explore the town and surrounding areas. So, without any meaningful narrative to push you along, you’ll inevitably go and talk to a few townsfolk. And, after a few in-game days, you’ll also realise that every character only has a few lines of dialogue. Talking is one of two main ways to raise your friendship with a character, so there should have been far more dialogue to keep repetition to a minimum. 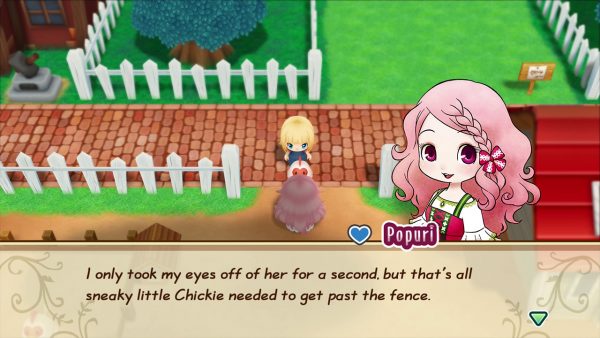 A lack of depth and variety is something that permeates the entire game. Farming requires little thought, as you rarely have to worry about what to grow outside of the season requirement. Animals can be bought and bred, but they just sort of do their own thing. You do have to feed them, and they can be taken to certain events in the town. It’s just not enough to make you attached to them, since most of the time your animals just wander around doing nothing. By enlisting the help of harvest sprites, it’s even possible to automate most jobs on the farm. They can tend to your crops and livestock, meaning that you’ll eventually be free just to ignore farm work when the sprites have enough experience.

While this automation only applies to the farm, that doesn’t mean that everything else is more varied. Because of how little dialogue each character has, there’s not much drive to interact with the game’s cast. You can unlock new events by deepening your bonds with each character, though these are often few and far between. Rival events, where townsfolk could eventually get married to each other, have been cut down as well, which only makes the town seem even more unchanging. You can at least marry any of the marriage candidates regardless of gender, if you can get over seeing the same lines over and over again while trying to woo them. 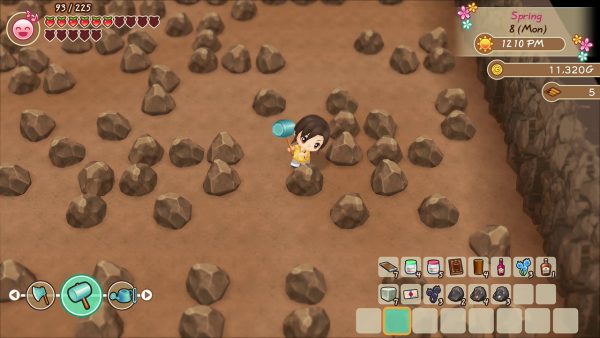 The only other part of Friends of Mineral Town that has much importance is mining. You’ll delve though two mines, mainly looking for ore to upgrade your tools, special cursed tools that can lead to even stronger ones, and materials for gifts. Mining, to put it bluntly, is a tedious activity with no redeeming qualities. Each mine is made up of hundreds of floors, and the only way to go deeper is by digging up a randomly placed ladder to a lower floor. Using tools requires stamina, so the most efficient way to progress is to save your game, find the ladder, then reload. Getting a set of level 5 tools mercifully only requires you to go to floor 9 of the first mine, but this system should have been reworked entirely.

So, what’s actually different in this remake? For the most part, changes relate mostly to quality of life features. You can store more items and tools in your inventory, and there’s plenty of storage space for items. Watering crops is much less cumbersome too, as they don’t block movement any more. A new easy mode can also be selected to speed up progression. A welcome change, even if it feels like a cop-out solution to the game’s lack of content. Furthermore, the resolution increase from GBA to Switch gives you a much wider view, even with the new UI elements on the screen for your inventory. This is a welcome change, and the game runs at a smooth 60 fps at all times. It’s a shame that the actual visuals are a downgrade overall. Gone are the low resolution but charming 2D sprites, replaced by more colourful, but ultimately lifeless, 3D models. At least the updated character art looks far nicer than any of the 3D used. 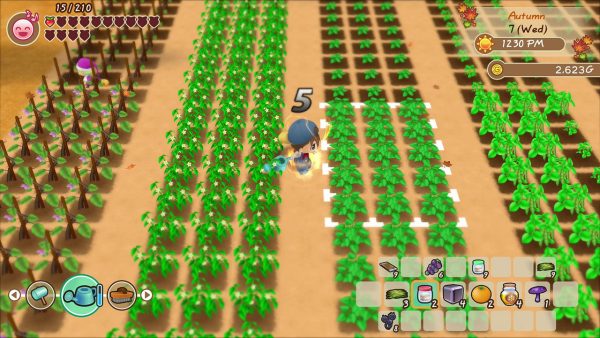 Story of Seasons: Friends of Mineral Town, despite the QoL updates, doesn’t justify its full price release. This specific type of farming game has been done better many times since the original game, by both other developers and the Story of Seasons team itself. If you’re desperate for a simple farming game, then maybe Friends of Mineral Town will be worth the entry price, otherwise just pick up the content filled Rune Factory 4 instead.