Compile Heart is a developer that really like to try and break away from the typical gameplay of other RPGs, usually for the worse. Their best game in recent times, Mary Skelter, eschewed the usual problems most of their JRPGs contain so you’d think that this would have been a turning point for them. However, with Death end re;Quest it seems like they’ve fallen back into their bad habits and created something that encompasses nearly everything that is wrong with their worst games. 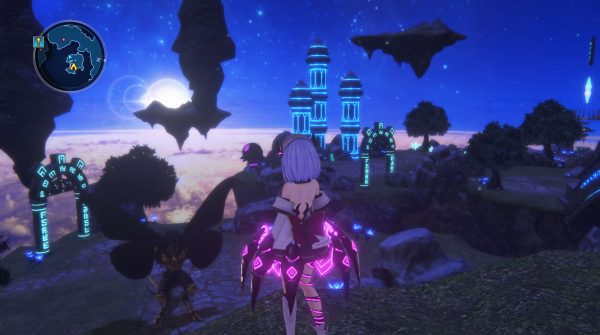 Death end re;Quest’s story is split into two parts that, while connected, end up feeling mostly separate for most of the game. In the real world, programmer Arata Mizunashi receives a mysterious email from a colleague who went missing a year ago while working on a groundbreaking virtual reality MMO World’s Odyssey. Shina, the one who sent the email, finds herself trapped inside World’s Odyssey with no memory of how she ended up there. The two work together to try and clear the game so Shina can escape, while also trying to discover how she ended up inside a game that should have been shut down after her disappearance.

Segments in the real world are told entirely like a visual novel, using expressive character portraits alongside some surprisingly competent writing. From Arata’s computer you can check what clues have been discovered in World’s Odyssey and move to different areas, but the places you can go to are always dictated by where you are in the story. There are choices that can be made during certain parts of the story but only one choice will actually progress the story, while the other always leads to a bad ending. These bad endings are completely unnecessary, usually only being a few lines of text before kicking you to the game over screen.

As for the story sections in World’s Odyssey, these are close to other Compile Heart games like Hyperdimension Neptunia. There is still a lot of dialogue, but it’s broken up by exploration and battles. Inside the MMO, Shina works her way through the world in an attempt to reach the final area and escape. It is possible to switch between Shina and Arata’s perspectives at any time, but there is usually little reason to switch until the game forces you to do so with an invisible wall. 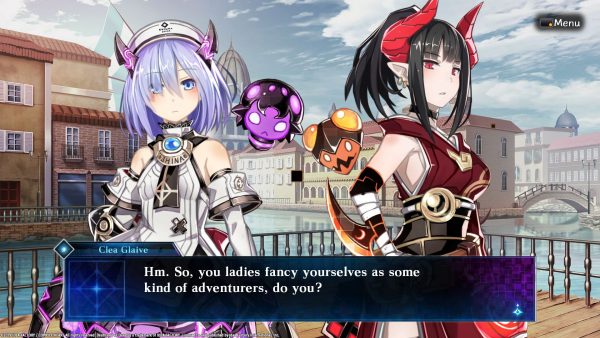 The real world story is by far the best part of the game, due to how interesting the opening scenes are compared to what actually happens inside World’s Odyssey. Arata is the most realistic male character that Compile Heart has written, not falling into the usual tropes seen in their other games. The supporting cast doesn’t get as much time to develop as he does, but they’re still a likeable bunch for the most part. As for Shina’s side of the story, this is were things get a little less enjoyable. World’s Odyssey itself is mostly boring and lacking the lore of an actual MMO, and there are few scenes that try to improve this. Your party members are also not that exciting, especially since many of them are introduced to late to see much development.

Unfortunately, even with the strong opening and some great characterisation in the real world sections, everything starts to fall apart by the halfway point of Death end re;Quest. Events start to become fewer and far between, and many plot points are rushed or just completely ignored. Everything that the game’s story builds up over the first few hours is made redundant by the end, where the story just becomes completely nonsensical. This is a rather short JRPG, only clocking in at around 20 hours, and you get the impression that a lot of the story had to be cut partway through development.

One rather large problem unique to the Western version of Death end re;Quest is the noticeably sparse English voice acting. While the majority of the game is fully voiced in Japanese, the English dub covers less than half of that. Cutscenes will often not be voiced at all, regardless of their importance to the story, and many times scenes with voiced dialogue would suddenly become silent. This is something that has affected many of Idea Factory International’s released, but the amount of English dialogue is at a new low here. For a game that relies vastly on dialogue-heavy events, this refusal to fully voice the game in English is made all the more baffling. 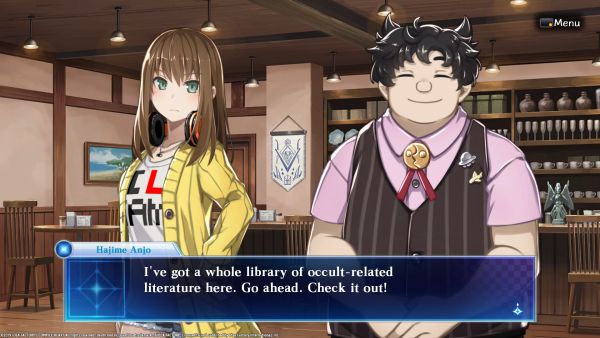 At the very least, even with how badly the story was handled later in the game, it was still somewhat entertaining. The same cannot be said for the battle system, which is an amalgamation of many poorly thought out mechanics and features. Battles are turn-based but, like many other Compile Heart games, feature an unnecessary combo system. During a characters turn they can queue up to three different actions including attacks and item usage. Certain combinations of attacks will unlock new moves, but usually it’s nothing more complicated than using the same attack multiple times to unlock a higher ranked version. Having to select multiple attacks every turn doesn’t really add anything to battles and just ends up slowing everything down, but if this was the only deviation from regular turn-based battle systems then it wouldn’t be so bad.

For some reason, when creating Death end re;Quest the development team decided to go all out in adding “unique” gameplay features, even more so than what you’d expect from a Compile Heart game. The combo system may have been taken from the most recent Neptunia game (XTgamer review), but the most notable part of battles is a knock back system similar to the one found in the Mugen Souls games. After executing a combo enemies you hit will be launched backwards, allowing you to smash enemies into each other and the sides of the battlefield… in theory. The problem with this is that it’s often hard to judge how far different enemies will be launched, and the unclear hitboxes makes trying to bounce enemies in certain ways impossible. Rather than add a layer of complexity to battles, it’s just another animation that you have to sit through after every single combo and after a couple of battles it just gets tedious. 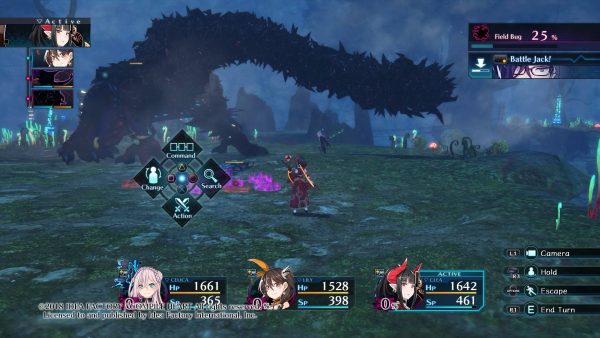 These aren’t even half of the issues that plague the battles system, but to talk about all of them in depth would take far too long. There’s the bug system that tries to tie the narrative of Death end re;Quest into the battle system but fails spectacularly. The idea clearly was to have bugs on the battlefield present a threat to the player, by damaging them or causing enemies that are knocked into them to become corrupt. But for some reason they restore MP, so bugs end up becoming more of a benefit to the player than a hindrance. Touching bugs or being attacked also increases each characters’ corruption, and at 80% they turn into their glitched forms. This form is way more powerful, and comes with only minor drawbacks, making battles even less balanced.

As a final nail in the coffin for the battle system, there’s a mechanic that would always be mentioned when this game was being talked about. The aptly named Install Genre system allows the player to change the battle system from turn-based to a number of different genres, from puzzle to fighting game. The thing is… this system is completely worthless at best and is not fun to use at all. The aforementioned puzzle mode gives zero explanation as to what you need to do and doesn’t actually do more damage than just attacking normally. This was clearly just something they created to add on the back of the game’s box, rather than an a worthwhile addition to battles.

Dungeon exploration fares little better, thanks to repetitive layouts and constant backtracking. The very first main area is the worst for this, a maze of identical hallways that often lead to dead ends or empty rooms. None of the areas feel alive, though this is due to the bland visuals rather than a deliberate attempt to make the world feel desolate. Death end re;Quest 3D work looks lifeless overall, something that is especially apparent during the few cutscenes that don’t use a visual novel style. Characters are animated stiffly and have next to no facial animations, lacking any of the personality shown in the 2D artwork. 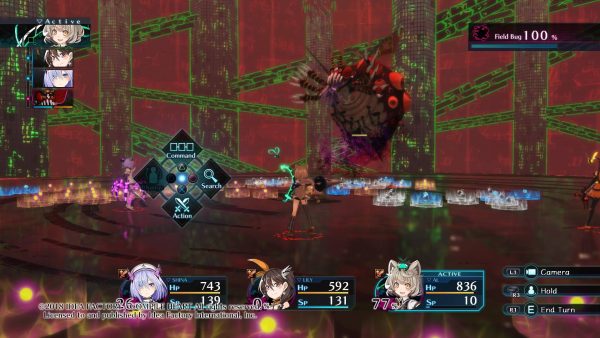 Death end re;Quest has unique ideas, but fails to deliver in nearly every way. The promising story is rushed to an unsatisfying conclusion, and the battle system is bogged down by pointless gimmicks. There was a clear lack of focus when designing Death end re;Quest, and this leads to a game that we really cannot recommend in any way.