With Kiryu’s story coming to an end in Yakuza 6, Judgment was the beginning of a new chapter for the Yakuza Team. Bringing in a fresh cast of characters and going with a new detective theme, Judgment delivers another compelling story even if it doesn’t add a lot to the existing Yakuza formula. 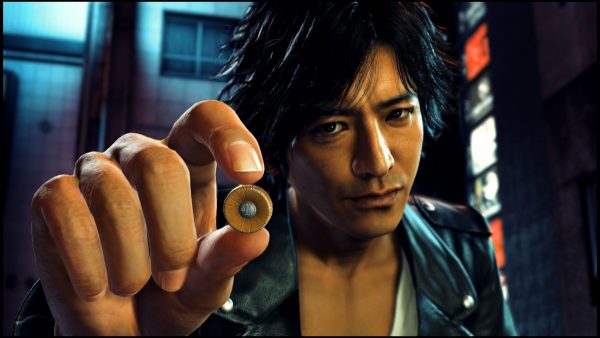 Taking place in the familiar setting of Kamurocho, the events of Judgment revolve around the ex-lawyer turned detective Takayuki Yagami. After being dragged into a mystery involving yakuza that are killed in a strange way, Takayuki must find out the truth with the help of his partner Masaharu Kaito and a few unlikely allies. It’s worth mentioning that, even though Judgment makes use of the same city for its story, no characters from Yakuza make an appearance, making this a good starting point for those that may have been intimidated by the long list of games in that series.

While Kiryu may have had some interesting moments here and there, especially during sub-stories and the main plot of Yakuza 6, for the most part he was a rather simple character. He mainly solved problems by punching them, and relied on other characters to sort out anything more complicated. Takayuki on the other hand has a more interesting personality, due to his background as a lawyer and his current work as a detective. Having a main character that is more analytical is a nice change of pace, and with Judgment being a self-contained game he has a lot of development throughout the story. The rest of the game’s cast is also strong, even better than most of the supporting characters in the Yakuza series. From Takayuki’s acquaintances at his old workplace, to the people he teams up with during his investigation, most people that you encounter throughout the story are memorable.

Adding to the well written characters is a surprisingly good English dub, which is handled far better than the English voice acting featured in the original Yakuza. For this review we played through the main story in English, only going back to rewatch previous scenes in Japanese, and it’s honestly a fine way to play the game. Aside from a couple of weak performances from some of the less important characters, the English cast is incredibly strong and we’d even go as far to say that a couple of characters end up being betting than the Japanese dub. The only real downside to playing the dubbed version is that most enemies and people not related to the main story end up still speaking in Japanese. It’s not enough to ruin the experience, but it is a strange decision considering how well localised the rest of the game is. 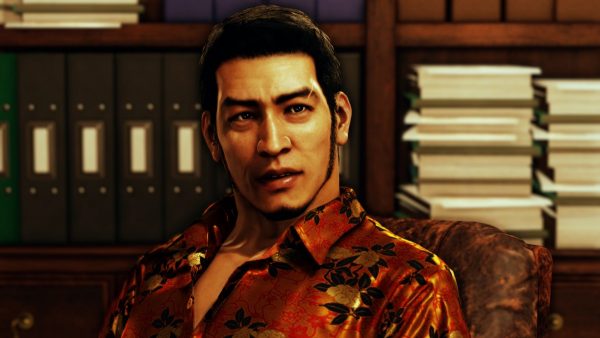 Even with a strong line-up of characters a well handled English voice over, the story does suffer from some of the same problems found in the Yakuza series. For starters, the pacing of the story can be inconsistent, often having you do mundane tasks or throwing a comedic scene in that doesn’t quite match the tone of the story. There are also times where the game introduces a side event or character during the main story, even though they could have easily made the scene optional as to not slow down the story. The most unfortunate part of the story however is the ending, which doesn’t quite make all the build up worth the wait. There are some cool moments, and it does lead to some interesting boss fights, but it ends up feeling like the story wraps up too quickly and in a way that isn’t as satisfying as it should be. It’s not enough to ruin the story as a whole, it’s just disappointing considering how well other elements of the plot are handled.

As for the rest of Judgment, not much has changed overall compared to Yakuza 6 and Kiwami 2. Substories have been split into cases and friend events, different names but both filling the role of sidequests. Cases can be accepted from a few places, including Takayuki’s detective agency, and often make use of some new gimmicks (more on those later). Friend events on the other hand are often quite short, many just requiring you to buy an item from a shop or talk to someone a few times. It’s not a big change from the Yakuza games, but having some of the side events be cases ties them into the main story better.

A new main character also brings a new fighting style, although the basics are still the same as they’ve ever been. You string light attacks together and finish with a heavy attack, along with using a variety of items and the environment to defeat enemies. The style system from Yakuza 0 and Kiwami makes a return, though there are only two different fighting styles this time. Crane is made up of speedier attacks that are good at clearing out groups of enemies, while tiger is best used on single opponents with each attack being chargeable for extra damage. Regardless of the style, Takayuki can also leap off walls to initiate jumping attacks and grabs, or avoid deadly attacks from bosses. His fighting styles are fun to use, even if they do feel similar to some of the styles used in the aforementioned Yakuza games. 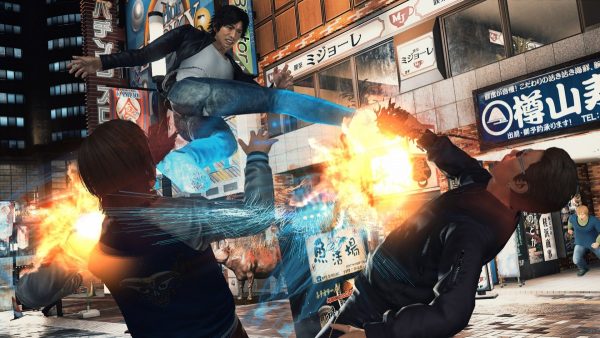 Rounding out the similarities to Yakuza are the various mini-games, most of which have been carried over from the latest releases in that series. From the majority of games available in the arcade, to the batting center and mahjong parlours, most optional activities have made the move to this game intact. Strangely enough, the popular karaoke mini-game is absent for the first time in the series. Of the new minigames featured in Judgment, drone racing is probably the single best addition and has the most content tied to it. You can customize your drone by crafting new parts and there are a decent amount of tracks to race on.

It’s just a shame that Judgment doesn’t do much to try and build upon Yakuza’s gameplay in a meaningful way. There are some new mechanics tied to the detective theme, but none of them are fleshed out in any way. For example, there are a couple of lock picking minigames that are quite simple to complete, and they never become more interesting even on the harder locks. Even worse than this is the tailing missions, which require you to follow your target without being spotted. Not a single one of these missions are enjoyable, and they’re often overused during side cases. 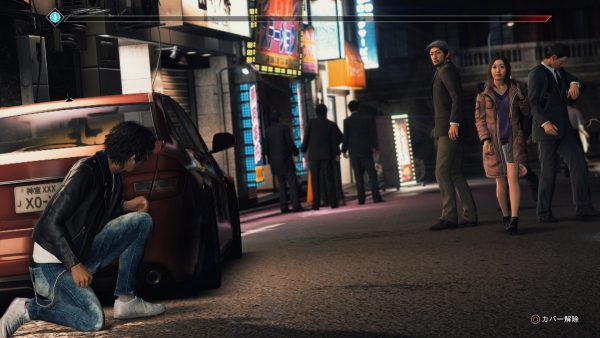 Judgement is another excellent game from the Yakuza Team, but at times it can feel like a Yakuza reskin rather than a unique experience. It’s still a must have for those craving a new game from the team, and an excellent starting point for newcomers, though at this point a new setting would really go a long way in making future games stand out more.