Do you like Pinball games? And do you like sexy girls? The latest spin-off of Senran Kagura for Switch aims to combine these for an “exciting” experience. 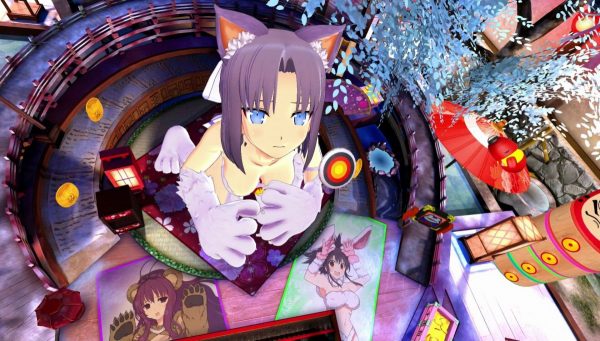 Peach Ball will let us aim our balls to the girls as well, especially their intimate parts for extra points. And no, we don’t mean those kind of balls. The plot is, obviously, simple and just an excuse to get us into the game: the girls are now transforming into animals and it’s our job to turn them back via a special item, the “Peach Ball” that we’ll use in a pinball machine. Only 5 girls of the cast are playable: Yumi, Asuka, Ryona, Yomi and Murasaki (Haruka is also in the game, but just as an NPC). Once you’ll gain enough points and completed enough challenges (like hitting certain things a defined amount of times) you’ll get the possibility of doing a “sexy challenge”: do 3 of them and you’ll win the level. 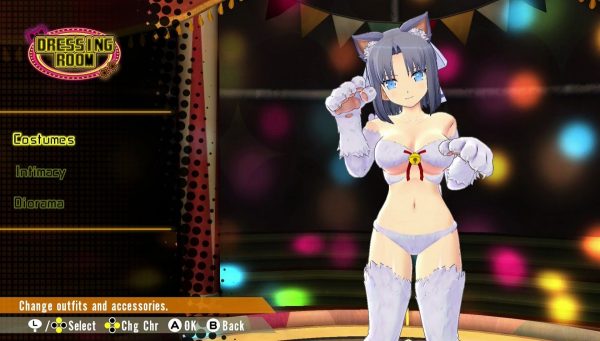 The amount of content is sadly limited: as we mentioned, only 5 of the girls are playable and there’s only 2 stages in total, which doesn’t seem to be a lot for a €40 price they’re asking. There’s a lot of fanservice moments though: the intimacy mode will let you caress, touch and spray water to your favorite girls, several costumes available and unlockables through the game and also a diorama mode, to make the girls pose and create photos. The actual gameplay plays like a standard pinball game, with the only novelty being the ability to shake the pinball machine via motion controls on Nintendo Switch (or a button, if you’re using a standard controller) that will also startle the girl, allowing you easier access to the legs (hitting them enough time will make them fall over, giving you access to bumping their intimate parts for more points). 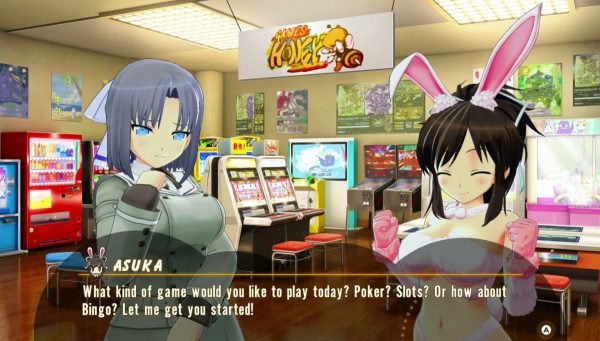 It’s, been obvious from the start that it’s just an ecchi game that doesn’t pretend to be much else, but we’re fine with that. If you’re a fan of the cast and like pinball games, it could be worth a shot just to have a fun time. If you’re not that certain, perhaps it may be better holding off for a while and wait for a discounted price.