While never becoming quite as popular as Final Fantasy in the west, it’s hard to deny just how influential the Dragon Quest series is on the RPG genre. It set the standards for console RPGs, and has stayed true to its roots even as many other franchises tried to turn to more action-oriented gameplay. These Switch ports of the first three Dragon Quest games were the perfect chance to capitalise on the success of the latest entry, Dragon Quest 11, but ugly visuals and performance issues stop them from being the definitive way to experience the series’ origins. 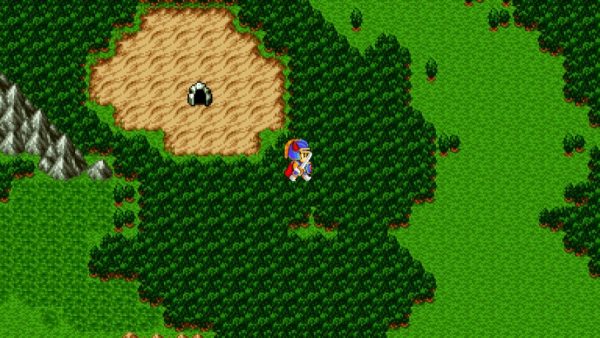 Being an early console RPG, the original Dragon Quest is very simplistic in both its storytelling and gameplay. You’re tasked by the king of a nearby kingdom to slay the dragonlord, a being that is terrorising the land and kidnapped the king’s daughter. Dragon Quest 2 and 3 also follow a similar opening, with the main character of each being sent by a king to defeat an evil being. Both Dragon Quest and its sequel are relatively light on story overall, most plot points being relegated to a few lines of dialogue from an NPC before you move onto the next town or dungeon. Dragon Quest 3 takes things up a notch, having a more expansive story that actually has a few interesting moments. It still pales in comparison to the stories of later Dragon Quest games, but it’s fascinating to see just how quickly the series developed after only a few years.

Each game’s story may come off as dated nowadays, but the real problem with going back to the older Dragon Quest games is just how dull battles are. Dragon Quest has no party system and enemies don’t attack in groups, and you’ll spend the first few hours of the game walking back and forth in an area mashing one button to finish each battle. Things improve slightly as you unlock more spells, but the most efficient way to fight is still just to use regular attacks and save MP for healing magic. It gets repetitive incredibly quickly, especially when you have to spend time grinding for levels and money before you can safely explore more of the map. Dragon Quest 2 introduces party members which does improve battles somewhat, but the ever-present grind and constant random encounters still drag down the experience overall. 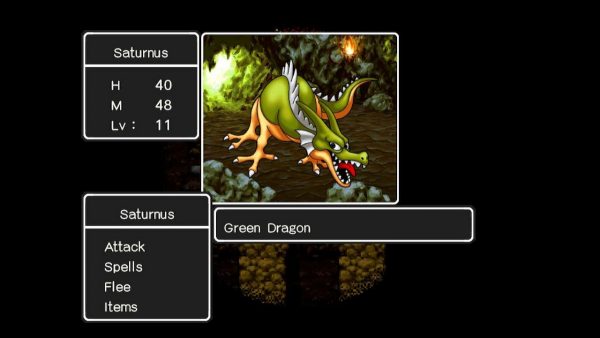 Another barrier to enjoying the first two Dragon Quest games is how vague they can be at times, especially Dragon Quest 2. After you’re given your quest by the king, there’s very little in the way of guidance. This means that you must talk to every NPC in every town to find a hint on where to explore next. In Dragon Quest this isn’t too bad, since the map isn’t overly large and only contains a handful of towns and dungeons, meaning that you’ll have a general idea of what to do next even if it’s not completely obvious. Dragon Quest 2 on the other hand has a comparatively larger world map, making it harder to figure out where you need to go. This becomes even more of an issue when you acquire the boat, and you’ll often not realise you’re going the wrong way until you’re wiped out by an enemy encounter.

Thankfully Dragon Quest 3 fixes many of these issues, even if it does still carry some of the problems that most early JRPGs had. For starters, you’re able to create your own party of adventurers from a selection of classes. While this does mean that none of your party have any real backstory or importance to the overall plot, it makes battles far more interesting since you have far more control over the abilities your party will gain. It’s also a more directed experience, while not being overly linear, often making it easier to tell what you have to do to progress the story. Said story is also far more interesting to experience compared to the earlier titles. There are still a few issues, mainly with the slow speed and frequency of battles, but it’s easy to see how it set the template for future Dragon Quest games to build upon. 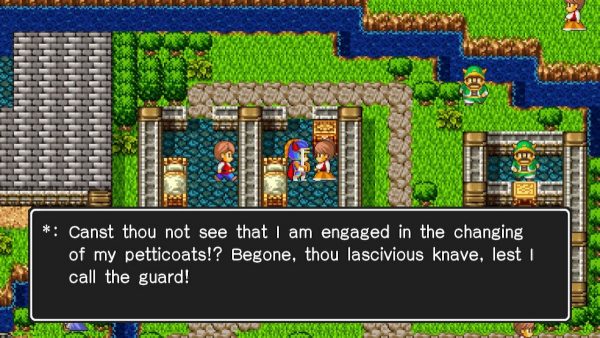 Even with the first two Dragon Quest games feeling dated, we still would have recommended playing them to get a better understanding of how far the series has come. However, these Switch ports, which should have been the definitive way to play the original trilogy, are held back by some strange visual choices. Instead of using just using sprites from the SNES versions, or redrawing everything, all three games instead use a mishmash of different styles that don’t work well together. Maps use SNES tiles, which still look good on modern screens. Meanwhile, character sprites are taken from the mobile ports, which have all been redrawn in a style that doesn’t really match the old-school spritework of the environments. Enemy sprites and battle backgrounds have also been redone and, even though they do look nice, they’re not even consistent with the new character sprites.

If that wasn’t bad enough, Dragon Quest 1 suffers from stuttering whenever the camera moves. For such an old game this should not be an issue, even with the updated graphics. For all the good changes made to these versions, like the improved localisations and menus, the ugly and in many cases lifeless visual reworks drag all three games down a lot. There’s also a lack of quality of life features that would help make the older titles more accessible, like increased experience gain or a way to speed up battles. The lack of care and attention put into each port is saddening, as for many this is the easiest way to legally play these games. 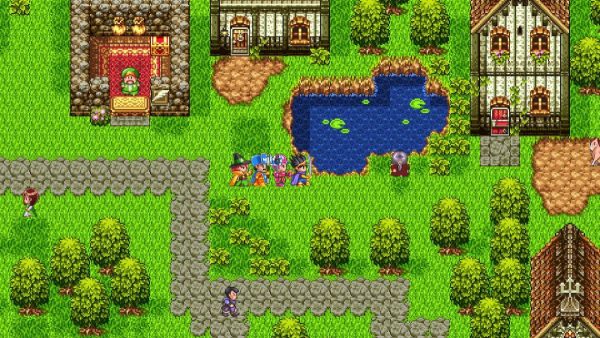 Dragon Quest 1 and 2 may not be particularly fun to play nowadays, but Dragon Quest 3 is where the series hit its stride when it comes to both story and gameplay. It’s just a shame that the Switch versions of all three games are marred by inconsistent spritework and baffling framerate issues. If you had to play one, definitely go with Dragon Quest 3, but a series of this calibre deserves far more effort than these lazy ports.