Visual novels and adventure games played a big part in the history of Japanese videogames, but many of the more influential titles never made it outside Japan. YU-NO: A girl who chants love at the bound of this world was one of these games, having a large influence on titles like Steins;Gate and Clannad. Over 20 years later, the remake of YU-NO has made its way here and, after playing through every main route, it’s hard to say if it was actually worth waiting for. 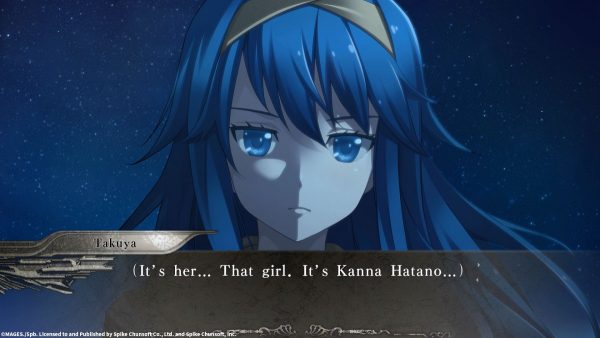 Starting off a few months after the death of his father, a strange package is delivered to the protagonist Takuya Arima. Opening it, he find a letter from his father who is seemingly still alive. The letter goes onto explain that travel between parallel worlds is possible by using the device that was also sent to him. Takuya resolves to use this device, the reflector, to discover the truth behind his father’s disappearance. Most of Takuya’s journey takes place over the period of three days, where he must travel between timelines to find clues and items that will lead him toward his goal. Unlike many visual novels, where the different routes are hidden to the player, YU-NO displays them all in a long set of winding pathways. Many of the routes are connected to one another, with the map giving you a convenient way to see what impact your choices can have.

For our first attempt, we just went along with the story and picked whatever choices seems appropriate at the time. Most timeline branches are determined by what area you travel to at certain points, so to start with it seems like unlocking every route will be easy. But soon you’ll run into routes that are locked unless you have a specific item, which usually comes from a completely different route. This is where the Auto Diverge Mapping System, or A.D.M.S., comes into play, allowing you to jump between routes without having to restart from the story’s beginning. The reflector, which allows Takuya to time travel, can also place a save point at the current point in time. Using this, you can place a save at a key branching point in the story, or easily return to a route that requires an item to progress further. You can only make saves using jewels that are placed in the reflector, meaning that you always have to be careful about where you use them. It’s an interesting system that works well once you get the hand of it, though it can lead to some repetition when you need to keep timeline jumping to get one item for multiple routes.

This is mainly felt in the route based structure of the game, with the ending of each main route usually having Takuya in a relationship with one of the main heroines. For some, like his former teacher Mitsuki, these feel somewhat believable. Takuya already knew them well, and having them become even more intimate during the story is believable. But for other routes it can come across as rushed, and a little creepy in the case of his stepmother Ayumi. Adding to this is the sense that the romance in each route is disconnected from the main storyline, often there for the sake of fanservice instead of anything more meaningful to the plot. 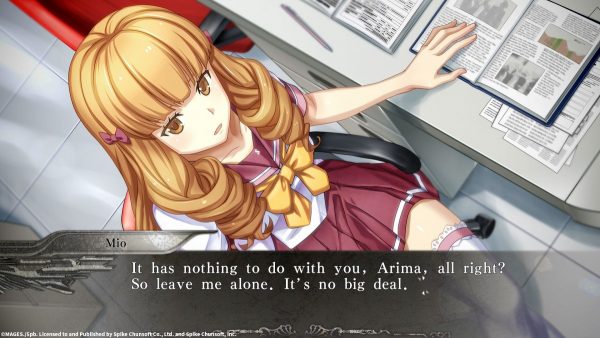 If you can ignore some of the weaker elements of the story, the initial 20+ hours of YU-NO still manage to be pretty enjoyable. After getting used to how Takuya acts in most situations, there’s an intriguing story filled with suspenseful moments and multiple concurrent plot lines that all work together to keep you hooked. The game is at its best when you’re constantly discovering new information throughout each timeline, trying to piece together what is really happening behind the scenes. Unfortunately, there are a few areas other that some of the game’s characterisation that can get in the way of enjoying the story. For starters, some routes tend to repeat the exact same dialogue, leading to a heavy reliance on the skip function. There are also times where it can be hard to tell what you need to do next, especially when items are involved. The hint system does alleviate this somewhat, allowing you to see what items are needed for certain choices, but it can still be frustrating having to search for the one thing you’re missing.

Worse than repetition though is the way YU-NO’s localisation has been handled. You’ll be spending most of the game reading through text, so it’s disappointing that the translation is noticeably inconsistent. From jokes that make no sense to the wrong pronouns being used for characters, there are many small (and not so small) mistakes that should not have made their way into the full release. It’s far from the worst localisation we’ve experienced, and later sections don’t feel as sloppy, but it’s hard not to feel like you’re getting a lesser experience compared to the original Japanese text.

As a whole, Yu-No’s first section is still enjoyable for the most part, even with the many issues caused by some annoying character traits and the poor localisation. However, all of this world building and time spent with each of the heroines leads into the second part of the game, which is where everything falls apart. Without delving into spoiler territory, Takuya is at his worst during this part of the story. The way he acts does not fit with the character development he has during the rest of the game, and by the end it feels like most of the time you spent playing meant nothing. Furthermore, the non-linear storytelling is replaced by a linear and rushed storyline that lacks any of the intrigue or character development that was present beforehand. This all leads up to one of the worst ending’s to a story we’ve experienced, putting the final nail in the coffin for what could have been a decent adventure game. Sure, most major plot points are explained, but in a way that is far from satisfying. 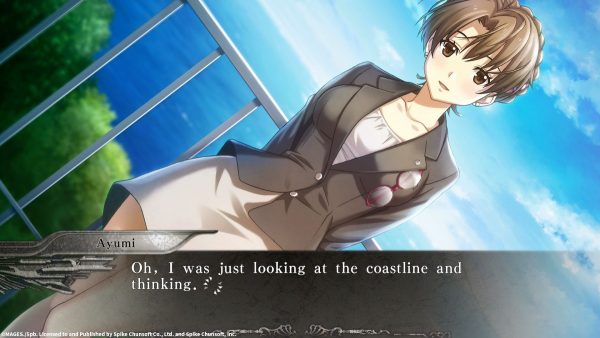 An irritating main character, disappointing second half and poor localisation ruin what could have been an interesting story. The unique time travel mechanic is thrown aside for a linear finale that ruins all of the suspense earlier routes built up, and at the end we were just left feeling disappointed.