Bank heists and robberies are surprisingly underused when it comes to videogames. It’s a shame, since they’re the perfect fit for co-operative gameplay, with the various roles and objectives that a heist would entail. Payday 2 makes use of this underused setting, delivering a highly enjoyable, but unfortunately flawed, co-op shooter. 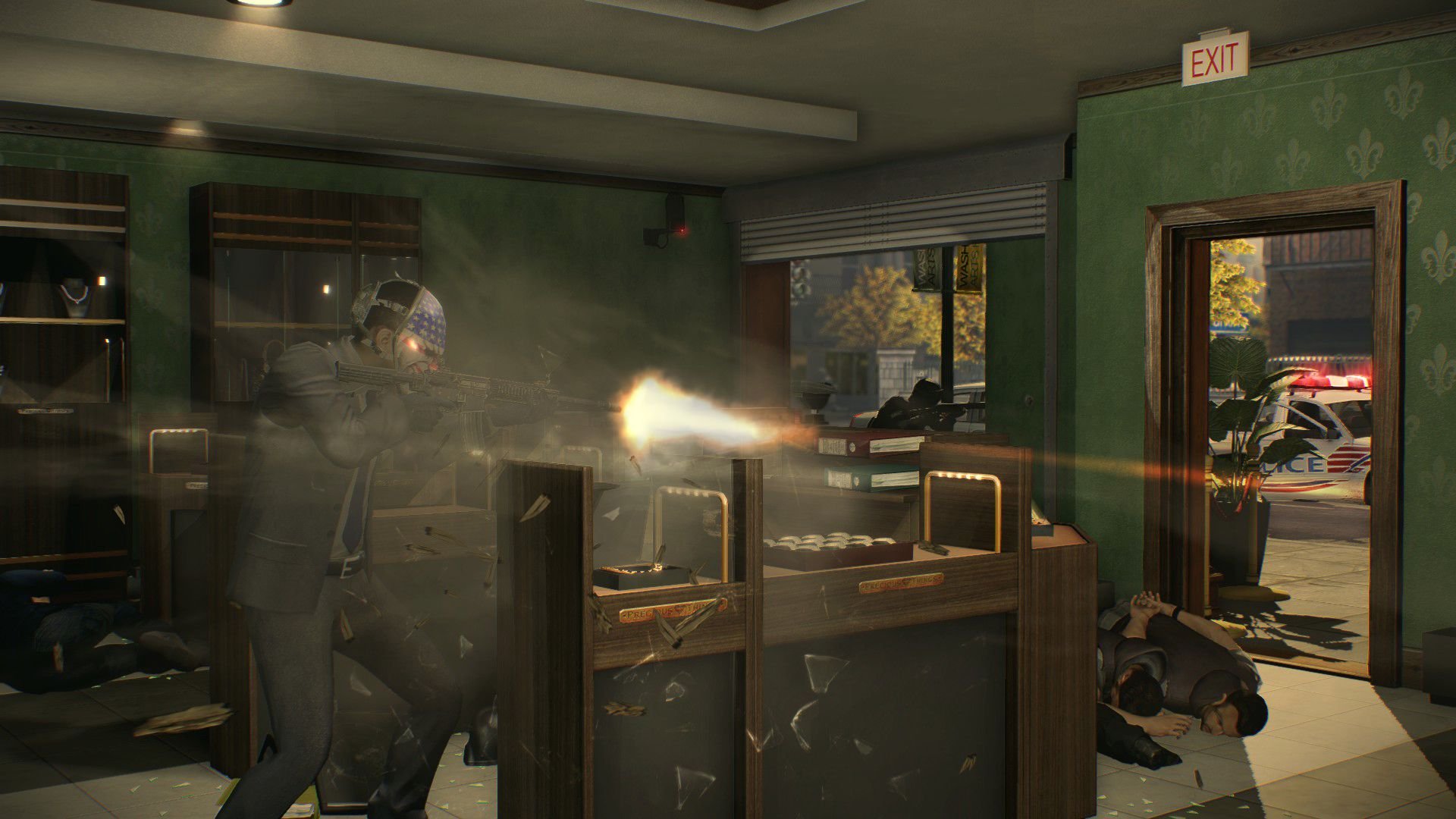 Payday 2 leaves the core gameplay of the original relatively untouched, while adding a lot of new heists and customisation options. This time around, missions are selected from a map screen, with certain missions popping up based on your progression through the game. While it seemed like a neat idea at first, this change means that you cannot easily select the type of mission you want, since you have to wait for it to appear of the map.

Starting up multiplayer matches is also more of a hassle than it needed to be. You have to select one of the heist from the map before you can even set up a party to play with. Even more annoying is that you can only accept multiplayer invites from the game itself. Once you get into a game however, there are usually n issues with connecting, though the pause when someone drops into your game can sometimes be a little too long.

The actual heists are fairly varied, even if the game uses a few too many repeated objective types. From simple jewellery stores to expensive penthouses, there’s a good variety of locations to rob blind. Graphically, Payday 2 doesn’t really stand out, though it looks decent enough overall. There are a few occasions where the framerate is less than stellar, usually when many enemies or on screen at once.

You have a decent selection of weapons that you can tool up with before a planned heist. Most guns you’d expect to be there are included, from assault rifles to shotguns. There aren’t many surprises weapon choices, though each one feels good to use in a firefight. It’s a good thing that gunplay was executed well, since most of you time during a robbery will be spent fending off an endless army of various law enforcers. 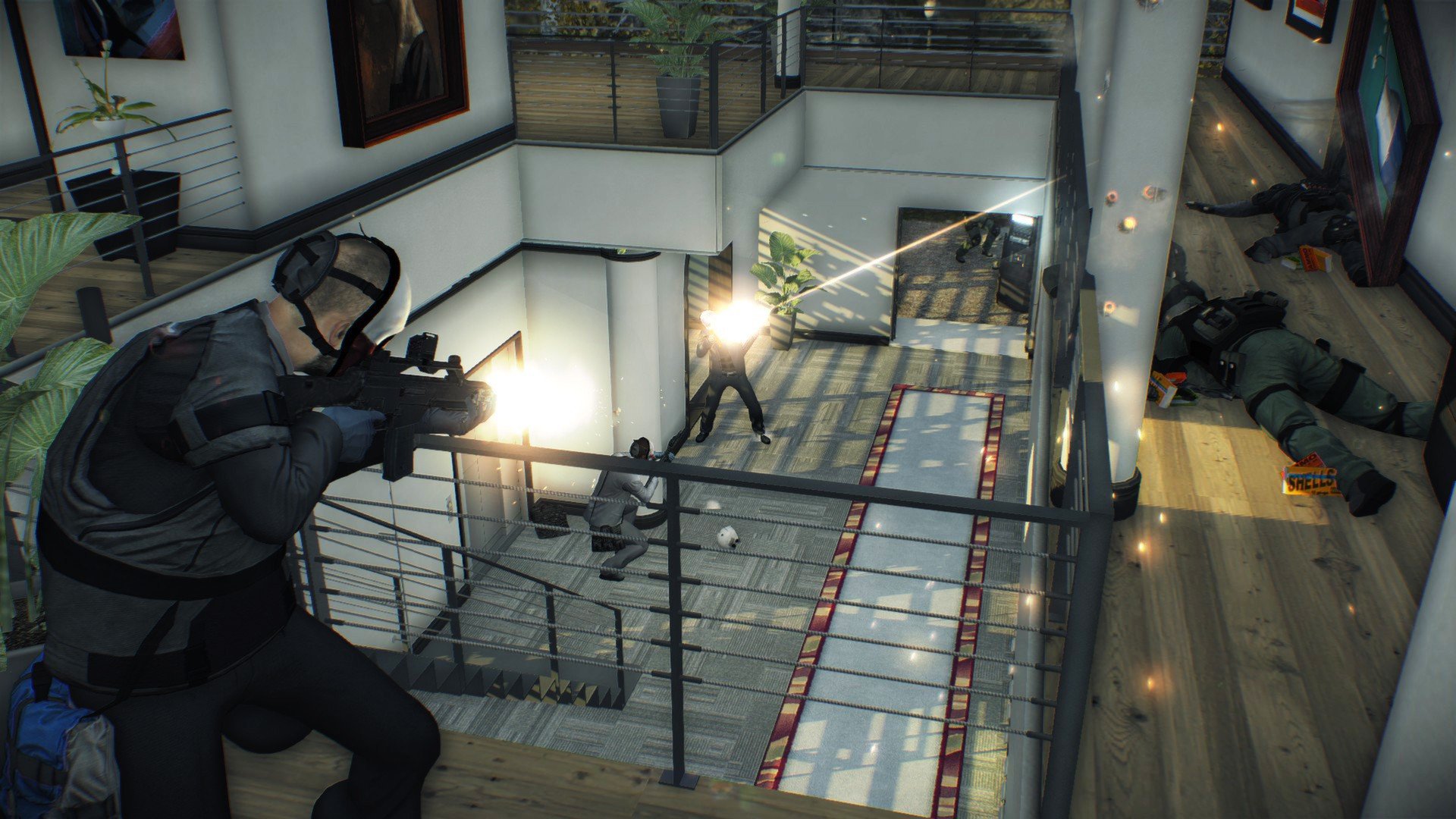 You see, many of your objectives require you to drill through doors or hack computer terminals. These take a long time to do their jobs, meaning that enemies are likely to spot them at some point. While it is possible to take guards out without arousing suspicion, most times you will find out that you won’t be able to easily leave with your ill-gotten gains.

This leads to prolonged firefights with ever harder enemies. From bog-standard cops to SWAT and FBI members, you will have killed 100s by the time your criminal career is over. In fact, it often feels like it’s impossible to avoid this outcome, thanks to the game’s lack of stealth mechanics. When you manage to make it in and out with whatever loot you can, without being attacked by every law enforcer in the country, it feels more like luck than skill and perfect planning.

The unlock system doesn’t lend itself well to stealthy gameplay either. At the end of a successful heist, you get to select one of three cards. Your pick determines what type of item you get, ranging from weapon attachments to mask customisations. To get a specific part for a gun, you have to hope that you unlock it from what is essential a lucky-dip, THEN you have to spend money to actually be able to use that part. It’s a really awkward system that doesn’t feel very intuitive or rewarding. 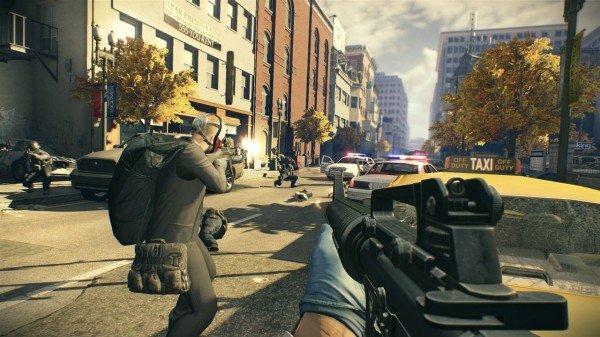 At least skill unlocks are more conventional. Completed heists grant you experience points, and money, depending on the difficulty and risk levels. Higher risk levels throw more obstacles at you, but also give you massive bonuses. Experience is used to level up your character and unlock new skills. Skills use a combination of skill points – which are awarded on level up – and money, though the monetary cost is next to nothing after you’ve completed a few of the tougher heists.

There are four skill groups to choose from, each catering to a different play style. They’re varied enough to make your character to feel unique, and a varied set of skills between characters is key to beating the harder heists and acquiring the most loot.

This also brings us onto a major gripe we have with the game: the AI is horrendous, for both your crew and enemies. AI crew members cannot help with any objectives you have to complete, and will often just stand around and allow themselves to be shot. Sure, you can just play online if you want to avoid this issue, though if someone leaves a game, you will be stuck with the brain-dead AI once again. Enemies aren’t much better either. It’s commonplace to turn a corner and find a group of SWAT members just staring at a wall. Other times, they’ll be super aggressive, charging and flanking you, though this doesn’t seem to be determined by the difficulty level. 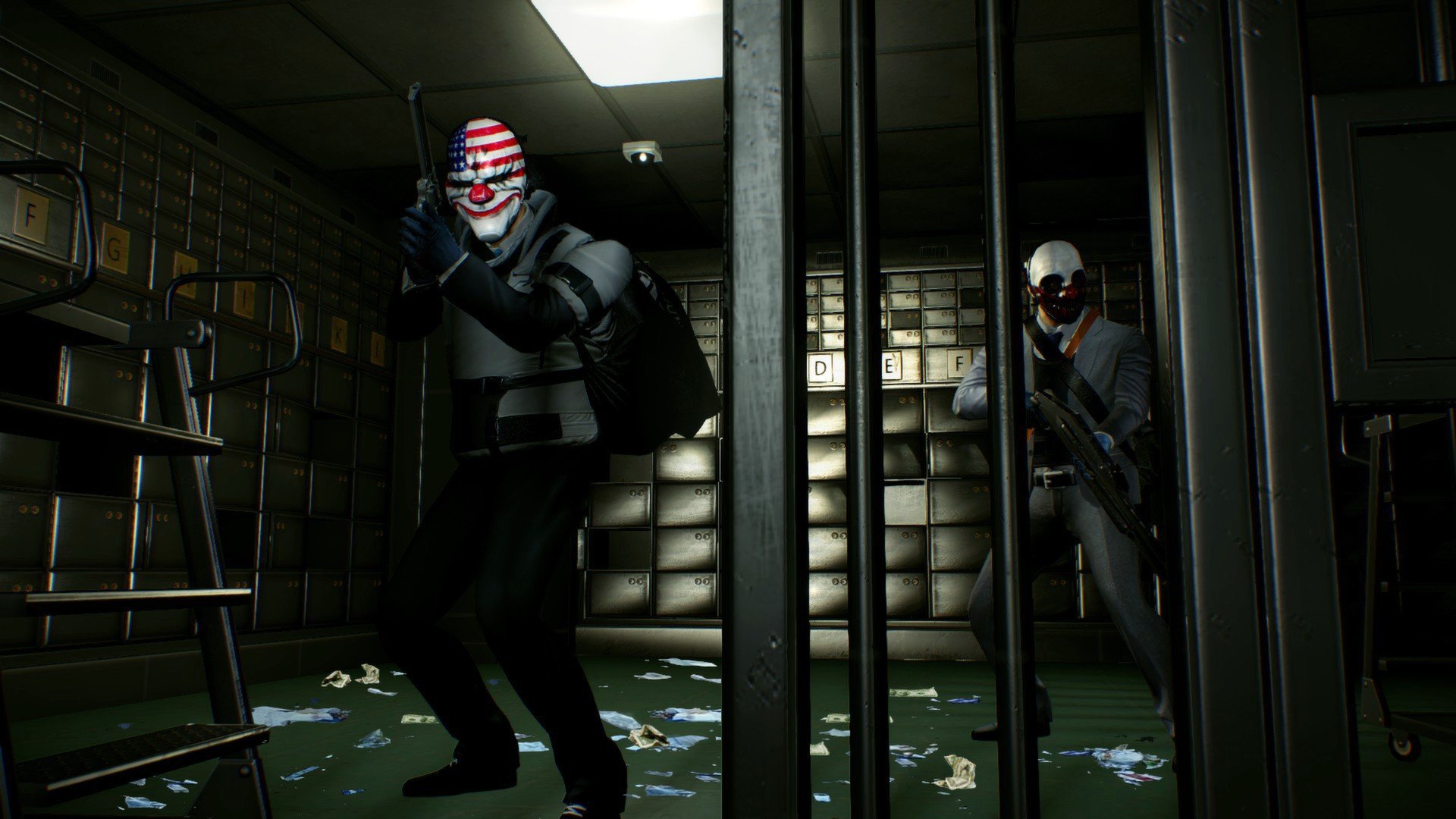 And yet, we still had hours of fun with Payday 2. The terrible unlock system and AI didn’t manage to ruin the game as much as they should have, and pulling off a successful heist still feels great. For those that want a decent co-op game to spend their time on, you could do much worse than Payday 2. With a little bit more polish, Payday 2 could have been something truly special, though at present it is nothing more than decent.